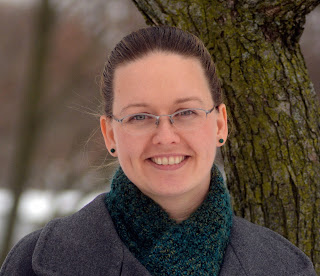 Joelle Presby is a former U.S. Navy nuclear engineering officer and recovering corporate consultant who grew up in West Africa. Her first reader husband works for NASA, but has yet to build her a space elevator.
Today she tells us about her 6 Books:
1) What upcoming book are you really excited about? 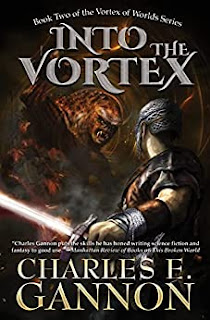 Into the Vortex by Charles E Gannon
This sequel to This Broken World is coming out in March 2023. That was a delightfully twist-filled fantasy with a very science heavy underpinning. I’m looking forward to seeing where Gannon takes the series next.
2) Is there a book that you're currently itching to reread? 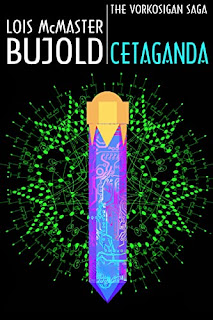 Cetaganda by Lois McMaster Bujold. All of Bujold’s stories are great, but I have a special affection for her Vorkosigan series. For me, this was the book in that series where she does an amazing job taking the in-universe monstrous villains and making them so nuanced that when her main character falls in love with one and we wish her every happiness.
3) A book that you love and wish you yourself had written. 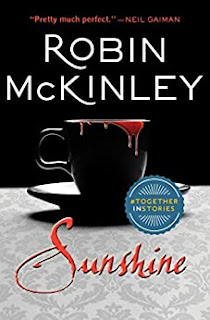 Sunshine by Robin McKinley. This 2003 book is a delightful coming-of-magical-age story, which happens to include vampires, and it still stands out even with all the other vampire books written since its release. Lots and lots of other people also love that book. I wish I'd written it, because I want it to have sequels. If it were my book, it absolutely would.
4) What's one book that has had a lasting impact on your writing style? 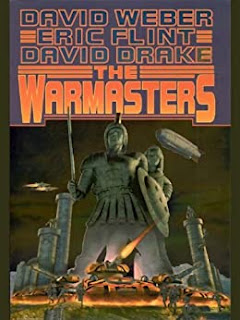 Warmasters by David Weber, David Drake, and Eric Flint. I admit, I'm cheating a bit by selecting a book which is a collection of three novellas by a trio of writing greats. David Weber has been a tremendous writing teacher for me. David Drake is a godsend for so many vets whether they write or not. And Eric Flint is amazing. His story in this book is "Islands." It's a particularly brilliant characterization study set against the backdrop of the Belisarius war saga.
5. What book are you currently reading? 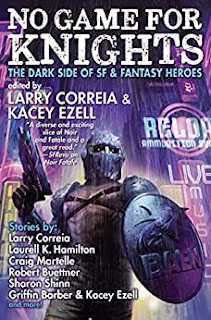 No Game for Knights, edited by Larry Correia and Kacey Ezell.
I might have started a Twitter war over the #1 new release science fiction anthology spot on Amazon. There was writer smack talk, AI-generated art about the war effort, and much popcorn munching by the Literary Industrial Complex readers.
An anthology I'm in, Chicks in Tank Tops, displaced Larry and Kacey's for the #1 spot and another Baen anthology, Worlds Long Lost almost bumped Knights down on slot further. Then David Weber got involved over on Facebook with What Price Victory? (Worlds of Honor #7). And his mammoth fan base made a charge for the orange #1 tag and did really well considering they were preordering a hardcover six months in advance against an ebook available now...
Anyway, I had to read the competition, and it has so many fun stories! My favorite bit so far from Knights, completely out of context, is: “I’m not your kind, Mr. Oakley. I am a chipmunk, and you are a squirrel. We are very different.” (Miss Esme, character in Laurell K. Hamilton’s story)
6) Finally, what's your latest book, and why is it awesome? 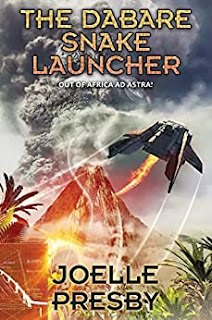 My new release is The Dabare Snake Launcher. This is a near-term science fiction novel about building a space elevator in Africa, but it's also my love letter to all the people who try to make awful things better. It's for the engineering-minded folks I grew up with in West Africa who made good dabare devices despite never having access to enough materials or tools. And it's for the ones who made bad dabare devices and still tried again. It's for my corporate consulting coworkers who tried to create permanent solutions while risking their livelihoods because the system rewarded prolonging issues instead. And it's for the battle-scarred naive people who on discovering that reality doesn't match the advertised dream, chose to keep their naivete and go to war with the way things are. This book is about the group heroism necessary to make large scale engineering projects successful... and it's about the ways small self-serving cheats can be damning.
Thank you, Joelle!
POSTED BY: Paul Weimer. Ubiquitous in Shadow, but I’m just this guy, you know? @princejvstin.
Posted by Paul Weimer at 1:00:00 AM