Nanoreviews: Let the Mountains be my Grave, The Book Eaters 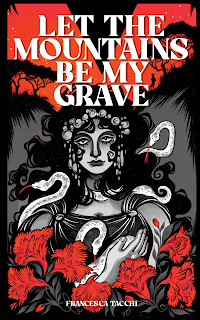 Let The Mountains be my Grave by Francesca Tacchi (Neon Hemlock)

Let the Mountains be my Grave is a short novella - possibly the shortest so far from Neon Hemlock's novella range - and it spends every second of its brief length going as hard as possible, with intense and powerful effect. Set in Italy in 1944, we follow Veleno, a partisan resistance fighter with little interest in ideology or thinking about a future he doesn't expect he'll see as he fights against Nazi occupation in his homeland. But Veleno has a gift: his village still has a connection to Angita, an ancient goddess of healing (snake style!) and he has a token from her which lets him heal his comrades. When Veleno's commander sends him, his irrepressibly idealist communist lover Rame, and two mysterious women on a mission to intercept a vitally important convoy, Veleno is forced to think about what his powers and  his fight mean in a wider context, and attempt to defeat a sinister and seemingly invincible enemy.

Veleno is a fascinating main character: he has little curiosity about the origins of his magic and disdains characters like Irma, his comrade on the mission, whose background is in academic research, but his deep connection to his country and his willingness to go to an early, pointless grave in its honour gives the story its core drive. Because it's not a long story, we don't get a whole lot of time to get to know the other characters, but love interest Rame immediately won me over with his impulsiveness and his delightful communist one-liners ("That was almost better than the first five-year plan", he exclaims after landing from a skydive), and the villainous Nazi who serves as the book's main antagonist - whose reveal I won't spoil - is satisfyingly unpleasant and archetypal. I could easily have spent more time in this setting - the combination of ancient, nearly-forgotten gods and the bleak realities of occupied World War 2-era Italy is a great one - but this small book delivers on its own terms, with a kick of romance and a tentatively hopeful close to round things out. 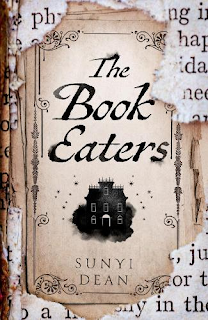 Arturo has already written about his experience with The Book Eaters, and particularly the way the story takes on patriarchy, gendered oppression, and abuse. I agree with everything he's written, and I also didn't want to let this one pass without commenting on it as well.

The Book Eaters is the split story of Devon, a rare daughter born to a family of near human bibliovores called (you got it) Book Eaters. Devon has a secluded and somewhat-coddled upbringing within her old fashioned and isolated family, and is prepared for the compulsory arranged marriages that all book eater women have to go through to try and ensure the survival of their species. But we don't initially meet Devon as a young princess, dutifully eating her way through fairy tales - because book eaters absorb aspects the texts they eat, though not in the same way as reading - with rare forbidden raids on her uncle's library. When we meet Devon, she's a single mother in our world, trying to feed her son. Except, her son doesn't eat books, he eats minds, and the one Book Eater family who used to create drugs to help the often-ravenous Mind Eaters have all either died or disappeared.

Devon's desperate, miserable choices in that opening chapter set us up to expect as much urban fantasy thriller as gothic horror in The Book Eaters, and as the narratives converge, it's fascinating to see how the different genres of Devon's past and present get closer to each other. Devon's younger self is a far more inactive protagonist, trying to survive and cling to points of happiness in a highly controlled world, while her older self grasps at agency whilst being pushed into ever more high-stakes situations. The genre shifts, and the changes in Devon's character, are also neatly paralleled by the experiences of her mind eater son, Cai, who takes on facets of the people he eats and has become an extremely precocious and changeable five-year-old as a result. There's a little bit of speculation, in the form of an epigraph of an in-universe book, about why Book Eaters and Mind Eaters are the same species and their spiritual purpose, but the characters themselves don't think about any of this. For Devon and Cai, the fact that they are hungry and that those hungers change them is just a fact of life, to be managed as best as possible - ideally, with the freedom to make their own choices.

The thriller element does win out over the other genres in the end, and the last part of The Book Eaters is action right to the end. I was impressed by how long Dean kept me guessing beyond the point where I thought all the information about how past-Devon became present-Devon had been revealed, and there's a few interesting twists which make the eventual climax all the more thrilling. Really good stuff.