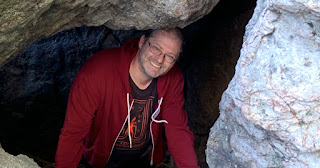 Tim Pratt is the Hugo Award winning author of more than 20 novels, most recently the Axiom space opera trilogy and multiverse adventures Doors of Sleep and Prison of Sleep. Today he tells us about his Six Books. 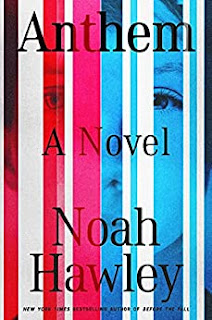 Anthem by Noah Hawley, a near-future story about a global plague of teen suicides. I'm only about a third of the way in, and it's tough to read (as the parent of a teen!) but very ambitious. Hawley is one of those annoyingly over-talented people, creator of great TV series like Fargo and Legion, and ALSO a very accomplished novelist. I really loved his book Before the Fall, which is sort of literary, sort of a mystery. 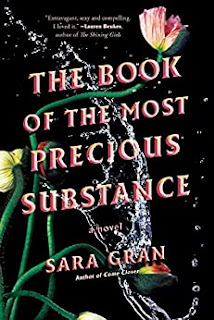 Sara Gran's The Book of the Most Precious Substance is coming up in my queue. I love her work, especially the Claire DeWitt mysteries beginning with Claire DeWitt and the City of the Dead (they are not typical mysteries; they're very occult and metaphysical). Her demon-possession book Come Closer is compelling too. I know almost nothing at all about her new novel, and I like it that way. 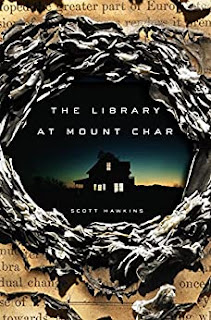 Oh, it's almost time for my every-couple-years re-read of The Library at Mount Char by Scott Hawkins. That novel is woefully under-read, but when its name comes up in the company of other fantasy writers, there are often widened eyes and excited nods. He's only written the one book so far, and it's a glorious, weird, moving puzzle box of a novel. I could have never written anything like it, and I always find new things in it. I know from looking at the author's website over the years that he's written at least one other novel, and I live in hope to read it someday. 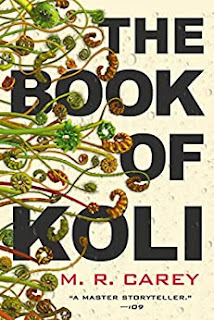 When I first picked up The Book of Koli by M.R. Carey I bounced off it almost immediately. I thought the (very distinctive) narrative voice was affected, and it distracted me from the story. But other people kept recommending it, and I picked it up again a couple of weeks later. Wouldn't you know it: this time, I got on board with the voice, attuned to its rhythms and idiosyncracies, and fell right into the world. I was just in a lousy mood or something the first time I tried it. I ended up being one of the judges who put it on the ballot for the Philip K. Dick Award that year. 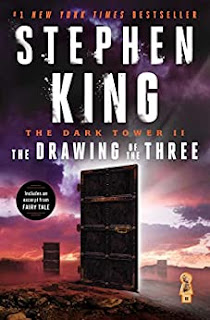 I have to pick one? I guess The Drawing of the Three by Stephen King, though really it's the whole Dark Tower series. That book includes many tropes and themes that recur in my own work: magic doors, the multiverse,  snark, banter, found family. Throw in the following book, The Waste Lands, and you've got over-the-top villains who love to monologue, too.

Prison of Sleep, the sequel to my multiverse novel Doors of Sleep, is out, and it includes... the multiverse, found family, snark, banter, and an over-the-top villain, a being known as The Prisoner, and I will not say more, because its nature is best discovered in context. (The magic doors are metaphorical.) Prison of Sleep has everything I liked about the first book -- mainly the core characters, tricky point-of-view stuff, and a whole myriad of alternate worlds --  plus an expanded cast of supporting players and drastically higher stakes (like the fate of all realities). And some kissing.