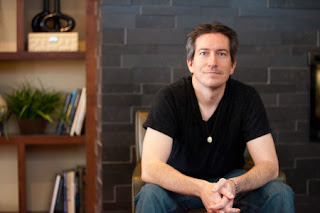 Brendan P Bellecourt is an open pseudonym for epic fantasy author Bradley Beaulieu. As Brendan, he is expanding his writing reach from epic fantasy into historical fantasy. Today he tells us about his Six Books. 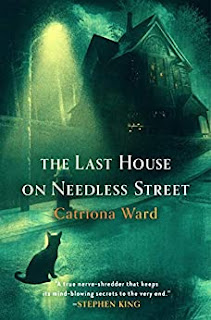 I’m reading The Last House on Needless Street, a deliciously creepy novel from Catriona Ward. It’s the story of a serial killer. A stolen child. Revenge. Death. And an ordinary house at the end of an ordinary street.

It’s a book that forces you to guess what’s going on, then keep on guessing, because you’re always wrong. Or so I’m told. I’m still in the early going but find it engrossing so far. 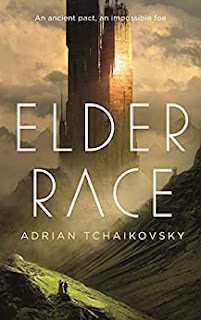 I’m cheating a bit here since it just came out, but I’m really intrigued by Adrian Tchaikovsky’s Elder Race.

The story is about “a junior anthropologist on a distant planet must help the locals he has sworn to study to save a planet from an unbeatable foe.” Sounds like straight-up sci-fi, right? Except it also involves “a demon terrorizing the land” and “an Elder sorcerer who has inhabited the local tower for as long as people have lived there.”

I’ve always enjoyed science fantasies, and I’m really curious to get Adrian’s take on one. 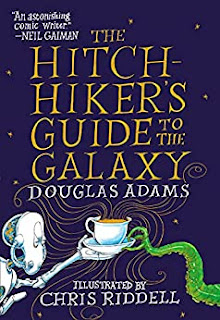 Every so often I re-read Douglas Adams’ The Hitchhikers guide to the Galaxy, a book that never fails to tickle my funny bone. Come to think of it, I has been a few years... Maybe it’s time to pick it up again. 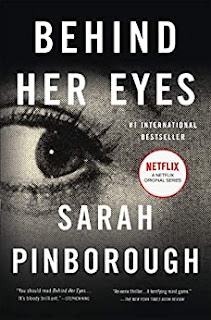 I adore Sarah Pinborough’s writing in general, but she really outdid herself with Behind Her Eyes, a mystery about a woman who gets involved with a married couple, only to discover they have a disturbing and troubled past.

It earned all of its considerable praise for its twist ending, but the entire story had me gripped from start to finish. I couldn’t get enough of it. 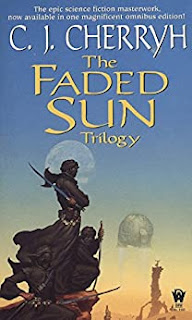 One of the trilogies that really struck me when I first read it was C.J. Cherryh’s The Faded Sun trilogy. It was my first exposure to a spec-fictional world based on our own Arabic cultures, and I loved it. I devoured these books, a science fictional tale that spoke to cultural identity, individuality, and sacrificing for the common good. It’s one of the tales that spurred me, many years later, to tackle Twelve Kings in Sharakhai, a story set in a vast desert with a massive city at its center.

Another series I’ll mention is Stephen Donaldson’s Thomas Covenant series. I was really struck by the serious and somewhat somber tone of Donaldson’s writing. It’s something that stuck with me all the way through to my early works. 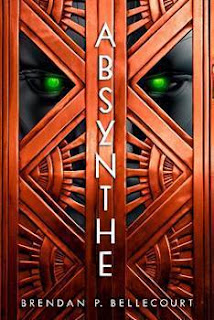 I’ll start with the blurb: Absynthe is Inception meets Metropolis, by way of The Great Gatsby, in a deco-punk tale of unchecked technology and the unforeseen costs of utopia.

The story follows reclusive war vet Liam Mulcahey, whose memories of the Great War (fought on American soil) were lost to an injury sustained in the conflict’s last major battle. Ten years later, a foiled terrorist attack forces Liam into a debriefing with his former commanding officer, Leland De Pere, now the President of the United States. That meeting mysteriously jogs some of Liam’s memories loose.

Soon after, Liam’s best friend, Morgan, is abducted by a nefarious government group known as the Cabal. As Liam’s memories continue to unfold, he realizes his time in the war, and his squad’s participation in a project to link one another telepathically, is directly linked to Morgan’s abduction.

Now in a race against time, Liam must not only find and free Morgan, he must unlock his own memories and discover why the Cabal and the president himself wanted Morgan so badly before the Cabal’s sinister plans for the country are unleashed.

I sincerely hope readers enjoy Absynthe as much as I enjoyed writing it.