Watching the Hugos continues with a look at the six finalists up for Dramatic Presentation, Long Form. Long Form generally means feature length movies but by definition is any eligible work 90 minutes or longer.

In previous years, three seasons of television have made the final ballot (Heroes, Game of Thrones, Stranger Things) and one audio book (METAtropolis, which was created for audio first). Otherwise, movies. It's a different story in the years prior to when the Dramatic Presentation category was split between Long Form and Short Form, but that's not what we're considering here.

Three of the films I nominated made the final ballot (Annihilation, A Quiet Place, Black Panther), though I definitely would have nominated Into the Spider-Verse had I seen the movie in time.

I also functionally ran out of time to watch Sorry to Bother You before the voting deadline, but I'm sure it's great. 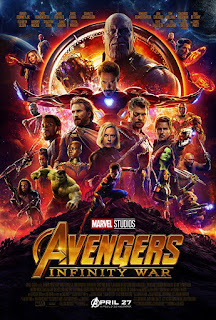 Avengers: Infinity War: I don't judge the success of Infinity War by how Endgame played out and tied together the plot threads of twenty one movies and wrapped up the action of Infinity War, but it is almost impossible to completely divorce the two and I sort of wish I started writing this before watching Endgame instead of after. I expect I'll have the opportunity to write about Endgame in this space next year.

Infinity War is the Marvel Cinematic Universe writ large, the culmination of everything that came before it and setting up a universe altering finale. "The Snap" has entered into the cultural consciousness as a thing that will be referenced for years. It's a BIG movie, not simply in length, but in storytelling, action, and perhaps even in bloat. Infinity War is what most of the Marvel movies have become: an event and an institution. It's a theme park in movie form, which is a wonderful thing, but as a movie, as a film, as a "dramatic presentation" it becomes much more difficult to consider. The greatest successes of Infinity War are also some of what holds it back when placed in comparison to more singular movies, even one which is part of this same universe. 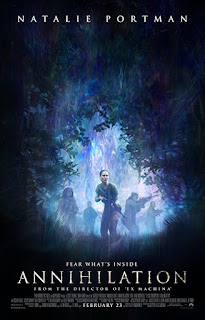 Annihilation: I came into Annihilation with a curious set of expectations, having been a fan of Jeff VanderMeer's novel but completely uncertain as to how it could possibly be adapted for film. That's a fairly common concern for the book to movie transition, but Annihilation the book was both so visual as well as so internal and the "story" was somewhat nebulous. I loved the book (here's G's review), but the movie is another animal altogether.

The movie works. It is perhaps not so introspective as the novel until approaching the last act, which is both horrifying and terrifying in tandem (with or without the stunning score). The movie is unsettling, to say the least, and it is excellent. (Brian's review) 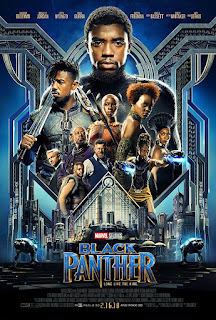 Black Panther: Black Panther may be the most culturally significant movie of 2018, earning an Academy Award nomination for Best Picture (a first for a superhero movie) and notable for being one of the first Marvel movies to feature all black lead actors and actresses (we do not forget about Wesley Snipes in Blade some twenty years earlier). It is also excellent, thrilling, and exciting.

Black Panther fits very neatly in the Marvel Cinematic Universe while still managing to occupy a space outside of it which also works for the idea of Wakanda.  The film is set in Africa, but Wakanda has set itself apart due to its wealth and deposits of vibranium. That wealth has allowed Wakanda to avoid the slave trade and to set a policy of strict isolationism. We see a nation allowed to find its own destiny unfettered from Western colonialism. Somebody far more knowledgeable than me can work with the critique inherent in Black Panther. Though still very much a Marvel movie (with all that entails), Black Panther dares to do something different and be more. Wakanda forever. (G's Review) 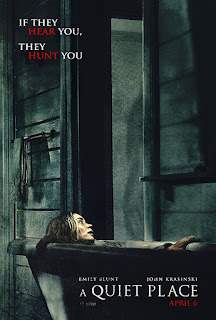 A Quiet Place: Most films on this ballot received extra attention due to their pedigree. Three Marvel movies and another based on Jeff VanderMeer's 2015 Nebula Award winning novel. Each succeeded (mostly) on their own merits, but A Quiet Place only came to my attention as "a small but well regarded horror movie" at a time my wife and I were looking to watch just that thing. We didn't expect near perfection and perpetual tension.

I've read and watched enough science fiction to feel that most stories are variations of a theme, but as a movie A Quiet Place felt fresh. We're used to sound being critical to horror movies (or movies in general), but here the barest crack of a branch is a moment to pause in terror. Bird Box did something similar with sight that same year, but making a movie this quiet was a daring move on the part of John Krasinski and it pays off. 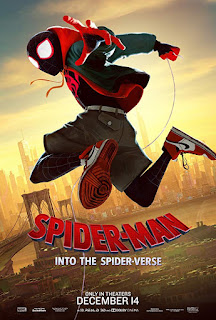 Spider-Man: Into the Spider-Verse: When I wrote about Infinity War and Black Panther, I alluded to the Marvel Cinematic Universe having a particular tone and a particular style. Into the Spider-Verse does something completely different and it does it with panache. An animated film, Into the Spider-Verse is (as of yet) not part of the Marvel Cinematic Universe. Rather it exists on its own island (but not a Spider-Island, that's something different) and brings together a number of the Spider-Mans (Spider-Men?) from the comics: Miles Morales, Spider-Gwen, Spider-Ham, Spider-Man Noir (a gloriously hammy Nic Cage), and a different Peter Parker than the one from the main universe - though, to be fair, I don't know what the main universe is in this movie. I also don't care.

Into the Spider-Verse could not work as a live action film. It works with the traditions of comic book pages, movement between panels and stylistically brings it all together in a nearly perfect package. The visual style of the movie, while vital to how the story is being told and the vibrant excitement and modernity of the storytelling, never overwhelms the heart of the story being told, of the introduction of Miles Morales to a wider audience. I only wish I could watch Into the Spider-Verse again for the first time.

Joe Sherry - Co-editor of Nerds of a Feather, 3x Hugo Award Finalist for Best Fanzine. Minnesotan.
Posted by Joe at 12:00:00 AM