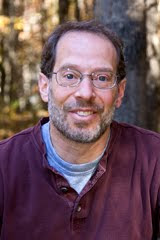 D.B. Jackson is the pen name of fantasy author David B. Coe. He is the award-winning author of more than twenty novels and as many short stories. His newest novel, Time’s Demon, is the second volume in a time travel/epic fantasy series called The Islevale Cycle. Time’s Children is volume one; David is working on the third book, Time’s Assassin. He can be found at http://www.dbjackson-author.com or http://www.DavidBCoe.com or on Twitter here.

Today D.B. is doing something a little different with our '6 books' feature, highlighting his favourite 'middle books'  for us:

Those of us who write in fantasy and science fiction often find ourselves producing series. Trilogies, tetralogies, pentalogies (or, as I prefer, quartets and quintets) – I’ve written at least one of each. And so I have written a number of those most dreaded beasts, middle books.

Middle books present authors with unique problems. How do we tell a complete story, ratchet up the tension in our extended story arc, and leave our readers feeling satisfied at the end of a book that has no real beginning and no real end? It can be done. I’ve done it. But it’s not easy, and recently I have taken on the challenge yet again. Time’s Demon, the second book in my time travel/epic fantasy series, The Islevale Cycle, was released a couple of weeks ago. 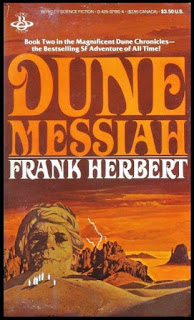 This is an unusual book, a small novel (about 60,000 words) in a series otherwise consisting of much larger books. Dune is three times as long; the subsequent sequels each more than twice as long. But Dune Messiah is, to my mind, a brilliant and crucial link in the chain, a book that turns the series in a new and dynamic direction. The writing is taut and effective, in part because of its concision, and the story strikes at our emotions and expectations hard and fast. It’s probably heresy to say so, but it might be my favorite novel in the series. 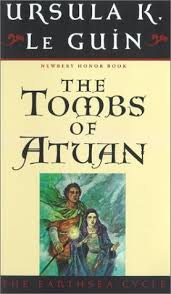 The Tombs of Atuan, by Ursula K. Le Guin.
I love it when a second (or other middle) book takes a series in an unusual direction. Readers of Time’s Children, the first Islevale book, will see that in Time’s Demon I have done just this. And Le Guin does the same with The Tombs of Atuan. The series is about the wizard, Ged, but he does not appear in this story until we’re more than a third of the way in. Instead, we focus on Arha, a young priestess on the isle of Atuan. Approaching the tale in this way allows Le Guin to give us a glimpse of another part of her world and, perhaps more to the point, to show us Ged through the eyes of another character, one whom we trust and care about. 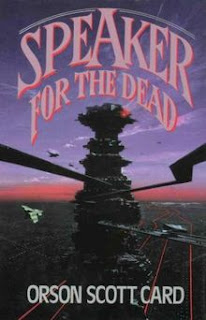 Speaker for the Dead, by Orson Scott Card.
We don’t always have to agree with the politics of an author to enjoy and admire the books that person produces. Card’s Ender series is a case in point. Speaker for the Dead is quite different from the first book in the sequence, the bestselling Ender’s Game. It is a more mature story, a quieter, more subtle book, but it builds on all that happened in the first volume. It is a book of atonement and redemption, and it’s one of the most powerful novels I’ve read in our genre. 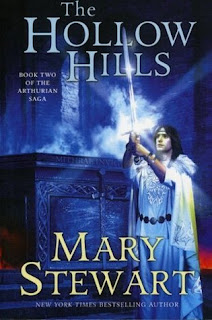 The Hollow Hills, by Mary Stewart.
This is the second novel in Stewart’s terrific four-book Arthurian series, told from the point of view of Merlin. The first book, The Crystal Cave, traces the magician’s childhood and adolescence, and it is a wonderful read. With The Hollow Hills, though, we begin to tread more familiar and anticipated ground. The book covers Arthur’s birth and the early years of his life and then recounts the events leading to his ascension to the throne. Most importantly, it tells of the deception and seduction of Arthur by his half-sister Morgause, and the eventual birth of Mordred. Thus, it plants the seeds for all the familiar elements of the Arthur legends, and it does so with gorgeous prose and powerful storytelling. 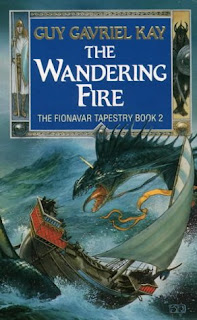 The Wandering Fire, by Guy Gavriel Kay.
Like Stewart’s book, this second volume in Kay’s elegant Fionavar Tapestry is a more traditional second book than some of my earlier choices. It continues and expands upon the themes and conflicts established in the first book, and starts to move characters toward the decisive moments of book three. I include the book here because I love this trilogy. I read it before I had published any fiction, and it was a revelation. I had long known that I wanted to write fantasy, but here was a series to inspire and instruct. The exquisite prose, the painstaking world building, the complex, heart-winning characters – this was fiction as I hoped to write it. A beautiful book in a magnificent series. 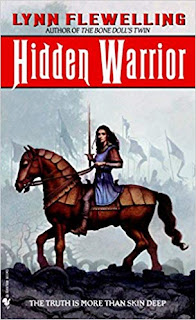 Hidden Warrior, by Lynn Flewelling.
This is the middle book of the Tamir Trilogy, quite possibly the best fantasy series you’ve never heard of. Haunting, riveting, and ahead of its time in dealing with issues of gender and identity, the entire sequence (book I is The Bone Doll’s Twin; book III is The Oracle Queen) is well worth reading. I adore this series, and I believe this second book does a particularly good job of advancing the series storyline while also offering readers a satisfyingly complete read.

And there you have it: my six favorite middle books. Beside my own, of course... I hope you enjoy the first two novels of The Islevale Cycle. 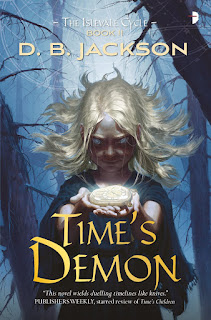