English Scribbler
For the future mad scientist teenager in your life
Cubelets, from Modrobotics

While your zombie nerd dog waits forlornly until the new year for their Daryl Dixon Squirrels On a Rope Chew Toy (no, seriously, look : http://tinyurl.com/ridiculouswalkingdeadcash-in ), spare a thought for that staple of the holiday family-get-together - the sullen young teen seething with dormant rage at being marooned in a warm house full of free food and people who care about them. The poor bastard. What better way to cheer them than with a toy that connects them to you and makes them think, ‘hey, maybe when I run away and leave these shitheads behind, and become the next Steve Jobs only with a base on the moon, maybe I'll send Ol’ Aunt/Uncle Debbie/Hanesh/Shania/Nikolai (delete as appropriate) an email or two of me doing all the amazing shit this world is currently denying me, maaaan’.


I have no idea how teenagers talk or feel these days so there may be disappointment around the tree in my family this year… However, these things cost a small fortune so at least the ungrateful buggers can sell them on eBay to buy Taylor tickets or skateboards or drugs or something instead. But they should not, for these things are simply brilliant, and make me feel like I'm living in the future even more than the kid down the road with a hoverboard does. Connect the cubes - which all have different functions - to create responsive and mobile robotic structures. And harness them to take over the world!!!


For the Destiny fan in your life ...

Listen. I know Brad jumped straight off of the Destiny boat at House of Wolves, and I was right there with him. To a point, it was not a fun game for adults. But then Bungie updated the game to 2.0 with The Taken King, and it got way better. They recently introduced Sparrow Racing League, where you can race sparrows! It’s lots of fun and the sparrow is kind of an iconic shape in the Destiny world, so get this great little wood model for your Destiny fan. It’s classy enough to put on your office desk, or anywhere. Give coworkers and friends a reason to ask “what’s your light at?”

For the twisted individuals in your life who like body horror, dressing up and who can't be trusted with real animals... 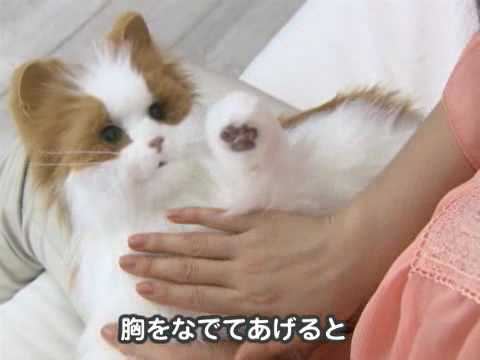 Hmm… I just can’t decide which horribly bizarre toy to recommend this year! (Needless to say, the two toys discussed below are a) not for the faint of heart, and b) probably not for kids, unless the kid is him/herself a little creepster.)

Any Attack on Titan fans? Then you’ll love toy #1, affordably priced at just 400 yen (about $3 right now): wowsers! For the less... extreme titan-lovers, you can also pick up a cosplay cloak courtesy of Amazon, and given all the opportunities to pretend to be part of the Scout Legion it’ll afford you, it’s a gift that’ll keep on giving the whole year (to quote Randy Quaid’s “Eddie” in Christmas Vacation!). Where can you find one of these, you ask? Unfortunately, they appear to be only sold (officially, at least) in Japan; they’re sold here and there in those little capsule machines called ‘gacha gacha’ (rattle rattle), like gumball machines but for toys.

Option #2: for robot/cat lovers. Why? Because it’s a robotic cat. I’m afraid one look at this genuine product--which ships internationally--plunged me deep into the uncanny cat valley. Plus, I’m allergic to cats (and possibly to robots too, though that’s something I have yet to test). But for the right person, this could be quite the winner this holiday season! The bad news--these things are practically hopping off the shelves. They appear to be sold out right now!

THIS has got to be SO MUCH fun to play with. The set comes with 10 paper dolls including Hillary, Bill, Oprah, the Notorious RBG, and other political friends and adversaries (Trump comes in a free downloadable expansion set from publisher Quirk Books). You get 4 different rooms to play in to act out your aggression, frustration, or sheer sense of utter ridiculousness at the current American presidential race. You can bop your Hillary figure up and down and have her say “I want to take your guns” and then have bathrobe Bill rock side to side with his coffee mug and Arkansas accent and say “I’ll got a gun you can take” after which Bono (yes, there's Bono) breaks out into an a cappella rendition of “Sunday, bloody Sunday…” and all the while Trump is off in the corner muttering nonsense to the wall.

I mean, you could use it as a teaching toy and have our favorite political figures act out appropriate responses to the cutting edge issues of the day...but where's the fun in that?

This pop-up book is sturdy, has a front pocket to keep your dolls and accessories (alternate faces and outfits, Bill's lawnmower and sax) in, and has an elastic strap to keep the book closed and all the fun inside. Plus, it's incredibly inexpensive at around $8 right now, so it makes a great gift for the Hillary lover, hater, or general wtf’er in your life.

Via Amazon.
The G

For the worryingly-Lecteresque child in your life...

Sometimes, you just can’t beat the marketing copy:
“Too much "cute" in your world? Here's the solution. The narwhal is an arctic-dwelling whale that's been called "the unicorn of the sea" due to its long, pointed tusk. While there's much debate about the true purpose of this appendage, the truth is finally revealed! The narwhal uses its mighty tusk to skewer the cute smaller animals of the world… specifically baby seals, baby penguins, and koalas. This 5 1/2-inch long, hard-vinyl narwhal comes with 1 detachable tusk to impale the adorable 1 1/2-inch, soft-vinyl penguin included. Don't let cute overrun the world. Fight back with your own Avenging Narwhal! Ages 12 and up.”


Via the only place that seems to still have it in stock.

Vance
For the Minecraft and/or animation nerd in your life...

I’m not sure what’s behind the current stop-motion craze in toys. There are these little Stikbot things everywhere, but I can barely get the suction cups on those things to work. There’s a Crayola stop-motion studio that uses some type of runes to create mo-cap performances in your iPad, which looks cool but also a little limiting/frightening. Lego is also in on the game, of course. But I have hands-on experience with the Minecraft Stop-Motion Movie Creator and a child, and I’m not too proud to admit that after a few minutes I kind of wanted to tell the child to go away so I could make my own movies. There are quite a lot of pieces, which allows for a tremendous amount of variety, and the widely available Minecraft mini-figures are compatible, so you can easily and cheaply expand beyond the included characters. The free app is really something to take note of, too. While the iconography is somewhat bizarre, it doesn’t take long to figure out what the mystery squiggles control, and with a tremendous range in frame rates, transparency for previous frames, and built-in soundtracks, you can make as complex a stop-motion creation as you care to. As a lifelong animation fan, it’s been tremendously fun to introduce the kids to a hands-on way of experiencing stop motion that gives them enough variety to keep them interested.

Curated (which is posh talk for sorting out fonts and spelling mistakes) by English Scribbler. Wishing you all a fantastic holidays and thanks for supporting another great year at Nerds of A Feather, Flock Together !