When I started (re)reading a lot of cyberpunk last year, I begin seeking out music that evoked or reflected the style, mood and themes of the literature. A lot of the stuff I found was pretty superficial--"retro for retro's sake" and all that. A few artists stood out, though, and none more so than Makeup and Vanity Set. 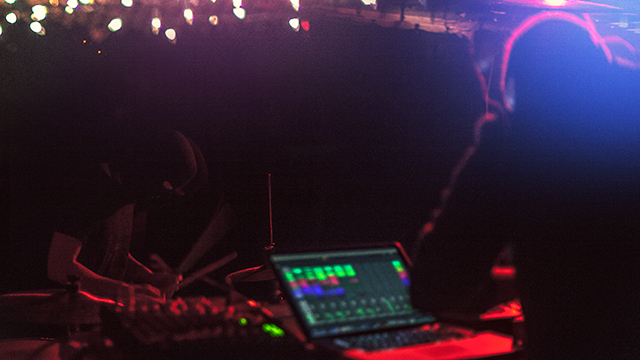 Makeup and Vanity Set is the brainchild of Nashville-based electronic producer Matthew Pusti, with situational collaboration from Christian Williams, filmmaker Joey Cicclione and singer-songwriter Jasmin Kaset. Pusti has been putting out records under the Makeup and Vanity Set moniker for almost a decade.

The group's early work is a relatively dark variation on synthwave (also known as outrun or retrosynth), which is to say, retrofuturistic electronic music designed to evoke synth-driven '80s soundtrack and video game music--think anything from the Testarrosa-and-neon of Miami Vice to the dark, analog futurism of Blade Runner. Makeup and Vanity Set have also dabbled in chiptunes, most notably on an 8-bit remix album of songs by The Protomen, a rock band best known for their Mega Man-inspired concept albums.

In 2012, though, Makeup and Vanity Set released 88:88--an album that signaled a new artistic direction. If you listen closely, you will still recognize the musical tropes of synthwave--sub-120bpm rhythms paired with chorus-laden, 8th note basslines, and set below lush pads and energetic polysynth arpeggios. But nearly everything gets an upgrade, from sound design and production values to songwriting and concept. The result is something that feels immeasurably grander. 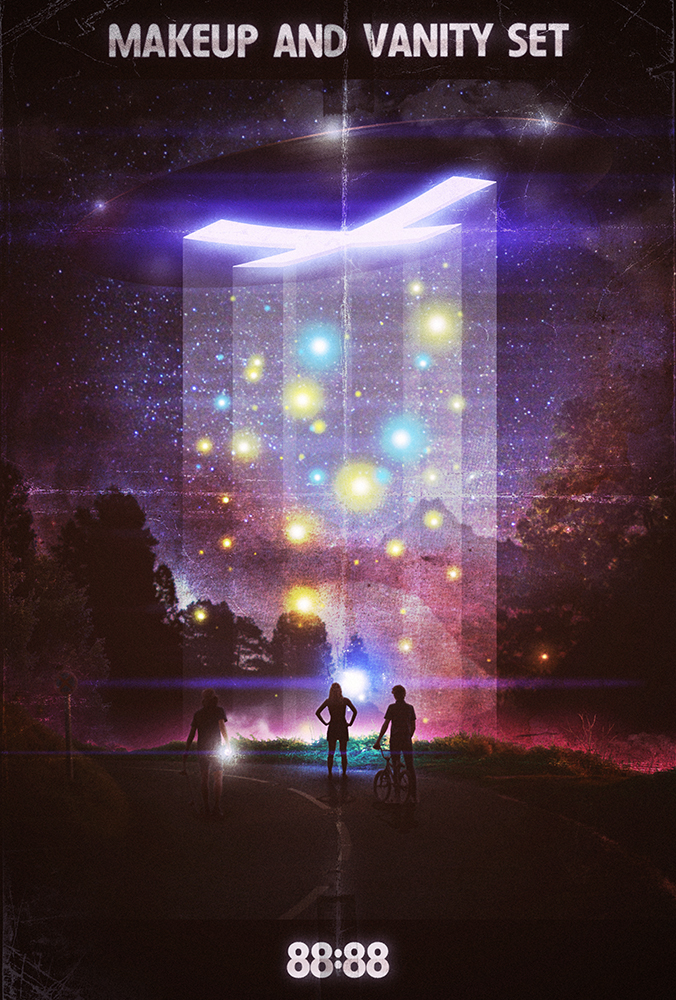 Interestingly, 88:88 begun life as the soundtrack to Cicclione's impressionistic film of the same name. 88:88 the album, however, isn't a soundtrack; rather it's a fully-fledged science fiction concept album inspired by the film. Those who have the seen the film will, of course, recognize the opener, "A Glowing Light, a Promise," as what plays over the end credits. In the film, the track's bright, slow-churn rhythms relay a sense of explorative purpose--as if to signal that the bulk of the story remains untold. It's placement here suggests that the album will tell that story.

Next comes "The Cross," a magnificent piece of instrumental music driven by interlocking synth arpeggios that soar to crescendo. On an emotive level, "The Cross" manages to capture the sense of wonder and thrill of discovery that drew me to science fiction literature--yet, at a level of abstraction that marks the experience of listening as fundamentally different from that of reading.

For the final selection, I've chosen "Homecoming," one of Pusti's collaborations with singer-songwriter Jasmin Kaset. At heart it's a pop song, but awash in the ambient vastness of space and casting tiny shadows cast through the neon rain.

In 2015, Makeup and Vanity set released Wilderness--an ambitious double album with a strongly dystopian cyberpunk vibe. Cyberpunk is, of course, a common source of inspiration for synthwave artists, but mostly on an aesthetic level. Indeed, most synthwave albums seem to interface with derivative media (games, film, etc.) more than the genuine article literature. Wilderness, by contrast, feels like the long-lost soundtrack to Neuromancer. There is even a track called "Turning/Sequence." 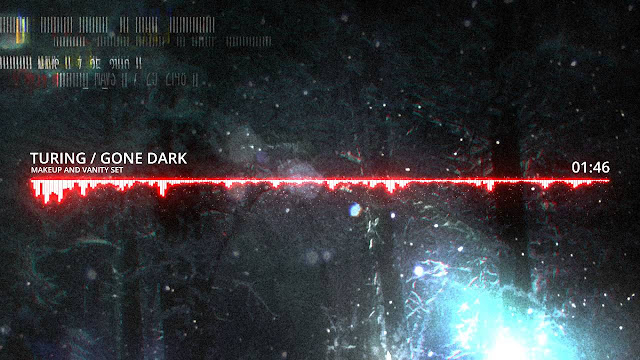 Most of the things that made 88:88 work so well are back. Pusti takes synthwave's nostalgic source material, whether musical (Vangelis, Jarre, Carpenter, etc.) or aesthetic (cyberpunk, 1990s anime and video games, etc.), and reformulates it into something that transcends the retrofuturism of the genre. The music is, by turns, contemplative ("Last Embrace") and menacing ("Turning/Sequence.").

The best moment comes from another collaboration with Kaset--on the exquisite "Hand in Hand." The track is, in a sense, a tetris sequence of synthwave musical tropes--down to the go-ahead 8th note bass line. But like the best of Pusti's work, it manages to both be synthwave and transcend the expectations that render so much of the genre generic and interchangeable. It's a beautiful song--a pop song at heart, and the one that most evokes the sense of wonder that attracts so many of us to science fiction literature.


Good as it is, though, Wildnerness does not quite live up to 88:88. It's less cohesive, and, to me, lacks its predecessor's exuberance. But these are small complaints, because 88:88 is fucking brilliant. Wilderness is still a very good album. Can't wait for the next one, which I hear is going to be a full-length collaboration with Kaset.