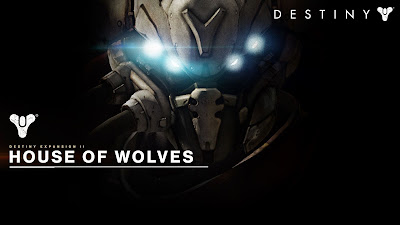 House of Wolves finally delivers what so many people have been clamoring for in Destiny...a serviceable story line! I know, I know. I was a bit surprised, too. First, some backstory. You knew something was fishy when those Fallen were serving the Queen on the Reef in the original release (For the uninitiated, that's a race of aliens, a matriarch, and an area in space that another race, the Awoken, call home). Well, it turns out your instincts were spot-on. They have started a rebellion against the Queen under a Kell (read: king of a Fallen House, kind of like the Targaryens but much nicer to one another) named Skolas. He has declared himself the Kell of Kells and hopes to overthrow the Awoken and unite the Houses of the Fallen under one banner. Wait, I've seen this before somewhere. It's the Passion and Braveheart mixed up with a smattering of Mass Effect thrown in for that futuristic feel! Sneaky buggers. 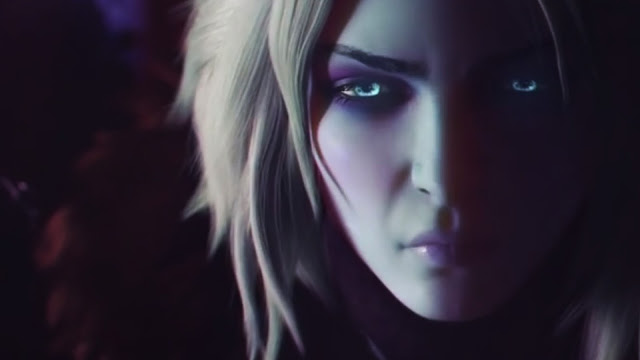 It starts out with the first real mission on Venus. A girl named Petra whose haircut looks like Gary Oldman's from Fifth Element serves as the equivalent of the Awoken Queen's National Security Advisor sends you after the Kell of Kells. Skolas runs from you like a little girl in this mission, but it wouldn't be much of a story if you killed your nemesis and the final boss in the first mission, now would it? Then again, "not very much of a story" has been kind of the theme with Destiny so it wouldn't be a complete shock. Ba-dum-ching! 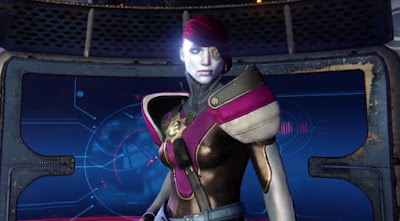 From there, you go chasing Skolas around the universe and performing bounties for Petra to earn some pretty worthless junk like shaders and banners. The bounties are actually a pretty nice addition because Skolas' Wolves spawn at certain locations around the galaxy and you don't know exactly when or where they'll show up. When they do, they're tough as nails and require a little help from at least one other player to take down most times. I won't go into spoilers on the rest of the story line, but suffice it to say the plot is significantly better than the paltry offering in the first DLC, The Dark Below, and it's a lot more clear-cut and understandable than the one from the main game. When it comes to the tale they tell, Bungie finally got it right with their new flagship title.

The Good, The Bad, and the Downright Aggravating

There are four portions to the House of Wolves, and Bungie has made two of them nearly completely unplayable for the solo gamer. Not only that, but without these unplayable portions, you're stuck at level 32 while the rest of the community moves up to the new cap of 34. Have fun playing PvP with first-gen gear while everybody else is running around with weapons that are 30% more powerful, you loser! Most of their other multiplayer options have come with a component called “matchmaking” that automatically hooks you up with the needed number of players (between 2 and 11, depending on the game mode) to take part in whatever multiplayer mode you choose, be it a Strike Mission where you have to face off against some of the biggest bosses in the game, or the Crucible that contains various types of team vs. team games and an every-man-for-himself option. However, for some reason known only to the programmers at Bungie known forever-onward as elitist punks, certain game modes do not offer the option of matchmaking. There is a reason that this is a major issue. 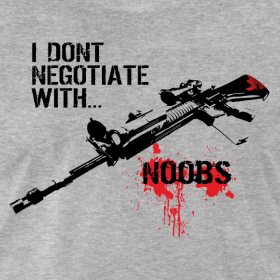 Bungie has changed the weapon upgrade system, again. The exotic weapons, which you can use in only one slot at a time for your weapons and armor, still just take an exotic shard to max out. Those can still be purchased from Xur on the weekends or by disassembling another exotic. Legendary weapons are where the changes have taken place. They require something called Etheric Light, a substance that has not appeared in the game until now, to max out. In order to level up, you have to max out your armor in order to raise your "Light" level. Therein lies the problem. 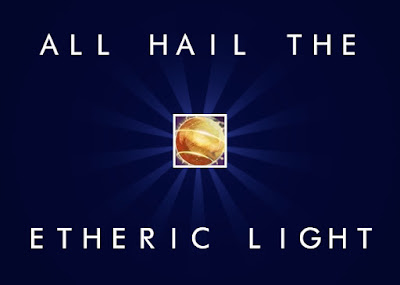 There are only four ways to get Etheric Light: Beating the Prison of Elders on levels 34 or 35, winning the Trials of Osiris, finishing the Weekly Nightfall Strike (a level 32 mission with five enemy modifiers, which give them extreme advantages over the average alien), or reaching levels 3 and 5 in the Iron Banner. Only the fourth offers matchmaking, and it has level advantages disabled so players who have gained Etheric Light in the previous three modes are significantly more likely to win the match.

Due to the lack of matchmaking, unless you have a Rolodex of friends who have been playing this game since it came out, you are essentially finished with it until September when the next add-on comes out. Either that or Bungie will have to add matchmaking to the parts of the game that offer Etheric Light. Sure, you can play the same Crucible and Strike missions some more, but an entire portion of one section of House of Wolves and 3/4ths of another are unplayable since Bungie, in their infinite wisdom, have decided to make the only parts of the game that allow you to level any higher than 32 impossible to reach for the solo gamer. It just doesn't make any sense to me. Even games that were designed from the ground up as multiplayers like Left 4 Dead and its sequel are playable in solo mode. 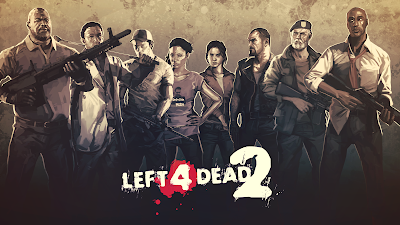 Who Are You, My Mom?

You Should Get Out There and Make More Friends, Brad! 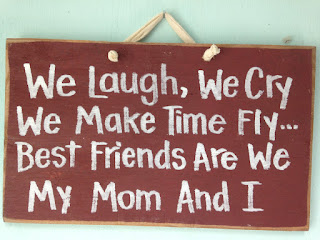 Does Bungie have some investment in my virtual social life? I'm married with plenty of real friends. I honestly don't need someone to force me to meet people online. Actually, I find it pretty insulting, not to mention annoying, that they would create the game add-on in such a way that nearly half of the content is unplayable for me unless I go out and track down some strangers to play with me. Have you used your headset in an online game of Call of Duty lately? The only people you run into are 8-year-olds with mouths like a sailor, loners that somehow still think teabagging you after they kill you is funny, and people who want to quite literally come to your house and fight you. And potheads. Let's not forget the massive number of gamertags with "420" in them. It's got to be the most common three figure combination on all of Xbox Live and the Playstation Network by a 100:1 margin. I paid the same $20 that every lazy parent of the 10-year-olds online kicking my butt did. 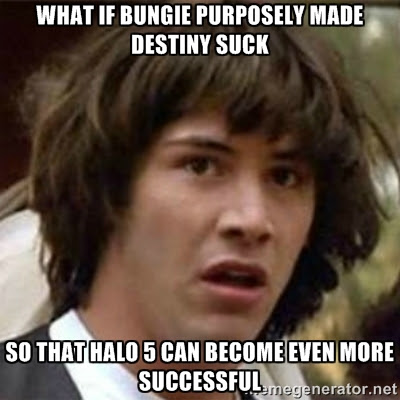 Should I be penalized because I'm an adult with a job and a life outside of gaming? Apparently Bungie says, "Yes," and that's why I'm finished. I'm done. I'm out. I'll freely admit that I've really enjoyed this game up until now, but I've never felt quite so screwed over by a game developer since I bought E.T. for my Atari. I'll have to think long and hard before I buy another game from Bungie unless this strange requirement to find fellow players somewhere other than inside the gamespace is ceased. I bought House of Wolves without reading too much about it. I just knew it was going to be bigger than the first DLC. However, you can bet I'll do my homework before I shell out any money for the rumored Comet: Planet of Darkness expansion in September. As much as I love being purposefully handicapped or forced into playing with some foul-mouthed kid who drops F-bombs like I take breaths, I'd better be able to play the entire package on my own or using matchmaking, or I'll be leaving Destiny alone for good.

Thanks for the second DLC rip-off, Bungie. First they gave us half a story. Now they give us half a game. It just doesn't make sense to me at all. Most developers want to include as many players as possible, but they've managed to get rid of this one, and I suspect a few others along with me. Destiny has already caused as much controversy as Grand Theft Auto used to with its paper-thin plot and $20 mini-DLC, The Dink Below. One would think they would want to be as inclusive as possible so as to justify the game's record-setting $1 billion price tag, but apparently they don't need any more players because they've done an excellent job of turning them off and getting rid of them. Honestly, I feel like Bungie owes me ten bucks since I won't be playing half of this game, not due to a lack of desire, but because of their decisions. When I buy a bad game, I'll take the hit to my wallet. When I'm purposefully excluded from an arguably good game I've spent WAAAY too much time playing (We're talking hundreds of hours here, and I don't mean two hundred, or three, or five. Put it this way, when my wife did the math the other day, she just started laughing at me and didn't stop for several minutes), I don't feel completely out of line saying that. I don't expect it, of course, caveat emptor, but I feel like I just got ripped off by someone I'd grown to trust. It's not cool, Bungie, not cool at all. 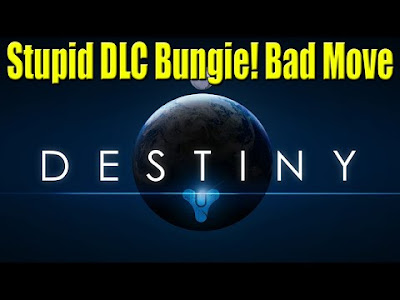 Sure, I have friends with Destiny. I'm a nerd, but I'm not a total loner. I have 35 friends on Xbox Live, but only seven of them bought Destiny. Two sold it back because they didn't like it. Three didn't get the House of Wolves expansion pack, and the one who did isn't enough to make up the necessary three-man team needed to play the Trials of Osiris or the Prison of Elders. We're left with one option, get on message boards and search for a third player. I've tried this several times, to no avail. I've pretty much given up on the game at this point, which is too bad. I've been playing it pretty regularly since its release, but as I can't progress any further there's not much reason to keep playing.

I Guess I Should Talk About the Game


Since this is a review, I'll quit ranting and discuss the new additions to the game. The four new modes are: 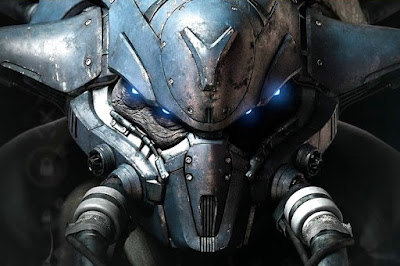 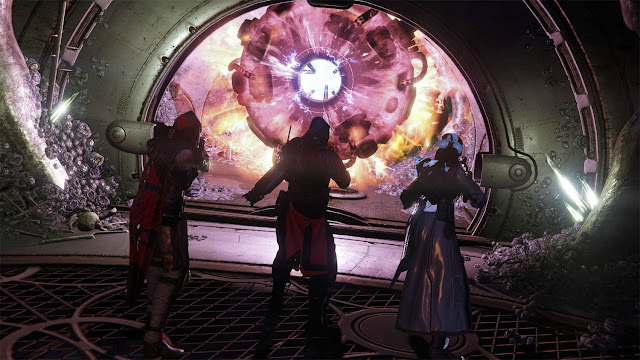 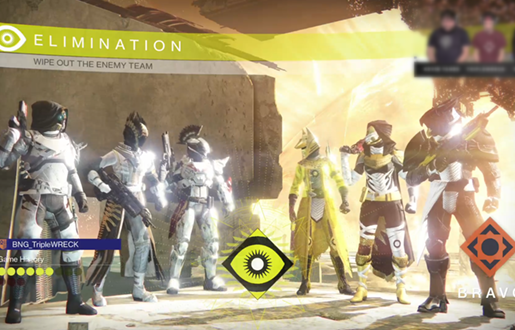 While I found the story to be wholly satisfying, it wasn't worth the aggravation of being stuck unable to play the other two large portions of the game without lots of online begging and a little luck, one of which I hate and the other I totally lack, apparently. I can only hope that one of the upcoming patches solves this issue, because it's ridiculous not to have matchmaking in all the game modes. They have the technology. They can rebuild it. The question is, after spending a billion dollars making the thing, do they have six million left over?

Objective Score: 4/10. I'll give them the benefit of calling the new strike mission a fourth section and only half the game unplayable, but it's a stretch. Therefore, I've got to take half their points away from the get-go.

Bonuses: +1 for finally getting the whole "story thing" right.

Penalties: -1 for, well, if you don't know by now then you haven't been paying attention at all and I'm not going to repeat myself.