Don't worry, there are kittens at the end of this review... 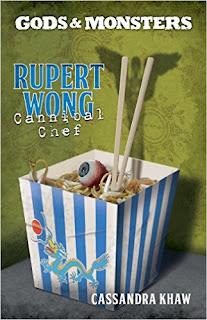 In Kuala Lumpur the gods from a number of different pantheons are vying for power. And Rupert Wong, remarkable really only for his ability to render delicacies for his ghoulish masters and for his bloody past, is thrust into the middle of a situation that could lead to a war between them all. If that's not a great hook, I don't know what is. And if the novella was only about Rupert flailing against the momentum of war, trying to save what he can, which mostly means his own skin, it would be an entertaining tale worth checking out. But this story...does something a bit more than that, something subversive and subtle that makes it even better, that layers meaning and intent into a powerful tale about corruption and the responsibility of one person against a rotten system.

Stories featuring pantheons at war are not exactly new to urban fantasy. The Greek gods fighting the Norse fighting the native gods of the Americas, at times it feels like you can't turn around without bumping into one or another. What is unique and compelling here is that the mythology takes place in a non-Western context that complicates the more common tropes it conjures. Rupert Wong is an easy character to understand. In many ways he is exactly the Western hero, the everyman, the poor sod just trying to get by. His voice is wry and sarcastic, his life a series of unfortunate events. He's trying to do right by those he cares about. To a point, at least. He's a man with a dark past who got a glimpse of what to expect when he died, an eternity of the deepest hells, and determined to try and turn over a new leaf. Not by being a good person suddenly, but by working for those hells he was bound for in order to commute his sentence.

And here's where the work gets deliciously complex. Because the story can be read as just a man trying to do the "right thing." Rupert does always seem to be at the bad end of a beating, or a possession, or a plot to spark off a war. He's a sympathetic character in many ways, because his actions always seem reasonable, even clever at times. He's the main character, the hero, and while he might not always be heroic, isn't that what's expected? In the landscape of grit and grimdark, isn't that what people expect from their heroes? What they want, because what's the fun of a hero who's nice, who's good? Isn't "good" an illusion in the face of the ugliness that Rupert sees, that he is forced to participate in? Isn't Rupert doing the best he can, and shouldn't we applaud him for that, because things will work out in the end?

The answer is, of course, no. And it's a no that the novella weaves expertly, revealing again and again the extent to which Rupert is not a good person, is not a hero. The extent to which believing that "good" is an illusion allows evil to prosper, to continue. In accepting the belief that Rupert is doing the only thing he can, the reader (and the character himself) become a part of the corruption that makes victims of everyone. It is no surprise that those most victimized by the story, by the setting, are not the able men. It is the children who pay. It is women who pay. It is the poor who pay. And Rupert, for all that he's the everyman, is in reality one of the privileged class, can escape his damning as long as he supports the system. As long as he passes on the injustice, he can protect himself from it. But he also becomes a part of it.

More and more I'm finding myself both drawn in and repulsed by stories like this. They are, by necessity, sometimes ugly stories. Violence is rampant, even to Rupert but more horrifically to those around him. Children are brutalized, women are objects. The story really does sell his pain and his choice, but it also shows what focusing on that pain means. There's a strong (for me, at least) urge to identify with Rupert. He's the main character. The Hero. He's funny and entertaining. He's clever and wily. He's the underdog being used by the gods. He sees the corruption of the system and he hates it. Except he uses that corruption to benefit himself and those he cares for. He consciously decides to become culpable, to privilege his own comfort over stopping a war. And in that moment he confronts the reader with their own role in corruption, in their own guilt for falling into the narrative that this is about Rupert. For all that he is the main character, this is not his story. This is the story of the people that Rupert fails, those that go largely unseen. It is the weight of their stories that make this project work.

In the end, the novella works as both an entertaining romp and as something much darker and much deeper. It becomes one of a growing number of stories to complicate the everyman character, the lovable loser. To show just how dangerous that narrative can be. It grows right out of the conventions and tropes in SFF, grittier than grimdark and much more hitting. It is fun and funny and charming, but it is also subversive as hell and exquisitely pointed. It left me numb. Luckily, thanks to my previous review of Making Wolf, I came prepared this time. Behold, adorable kittens to aid in recovery! 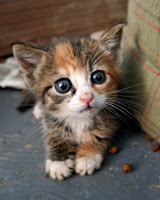 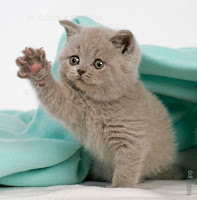 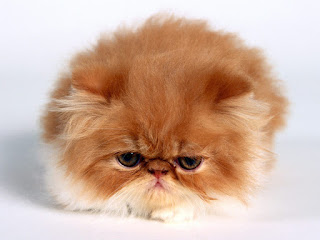 Bonuses: +1 for a fresh, fun voice and interesting character in Rupert, +1 for really complicating morality and complicity

Negatives: -1 for wow some of that was really fucking dark and difficult to read