We know why you're here. Because you were standing in the aisles of your [corporate big box store], or whatever, thinking I need to get [Star Wars obsessed relative] a toy because [the new movie is coming out/secular holiday]. But there are so many toys! So you decide I need to stock up on mac n cheese. The mac n cheese has Star Wars on it! So you remember you need to grab some makeup because [Holiday or winter themed event]. The makeup has Star Wars on it! Creamer has Star Wars on it, and before long, you're in the fetal position in the cosmetics section, seeing visions of Star Wars opening crawl until people in white coats take you away.

And that is the story of how [Star Wars obsessed relative] ended up with hazelnut creamer with a picture of Kylo Ren on it.

But never fear! We, flock of nerds which we be, are here to help! Here, for you, gentle reader, is the absolute, definitive guide to Star Wars gift-giving, perfect for all occasions*.

For the "Get off my lawn" Star Wars fan in your life...

I recently re-watched the original trilogy, and tried to do it with new eyes -- to put aside the hype and the ubiquity and just watch the movies for what transfixed me as a kid and made me want to live on the Millennium Falcon. Doing this, though, brutally underscores the Special Edition changes. It was the texture, the grit, and the lived-in quality of the worlds of these movies that grabbed me and made them feel real. So every shot with a shiny, not-bounded-by-gravity-or-nature's-laws CG snuffleupagus in it just slapped me in the face more than usual. We probably all know by now there's no way to see the original versions...expect as a special feature on the limited edition 2006  DVDs. They're not the best transfers, and they're not full-screen anamorphic transfers, so they have letterbox bars top and bottom, but they're the closest thing we have to the original, theatrical releases. They're a little pricey, and I think for obvious reasons, but you can get the set for less than $200 at the time of this writing.

Star Wars: The Empire Strikes Back

Star Wars: Return of the Jedi 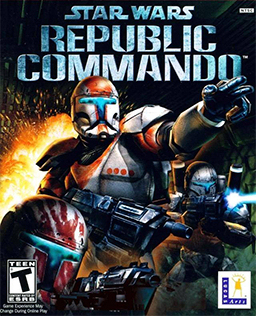 For our Star Wars themed gift guide, I wanted to recommend the best, most-recent Star Wars video game. Unfortunately, I had to reach back 10 years, to the prequel era, to find that sweet spot between recent and good enough to recommend. The good news is that my choice, Star Wars: Republic Commando, is one of my personal top 3 Star Wars games ever and easily the best thing to come out of the movie prequels. Take command of a squad of clone troopers as you fight through the Clone Wars. It does what no other Star Wars game could do: it gives clones personality. An intrepid modder has even released a fix for it recently to lets the game run a little smoother on modern PCs. Star Wars: Republic Commando is a can’t-miss for any Star Wars fan, as long as you’re willing to admit that the prequels happened.

Not a lot worth saying about this one, really, given that I know you are all know off buying one and not even reading this as your toast-obsessed Jedi mind does cartwheels of joy. However, I’m supposed to review stuff so here we go. In a world where you can now spend your entire day catered to by SW merch ( http://tinyurl.com/buzzfeedlink ), this is your intergalatic go-to for the morning. It’s a Darth Vader helmet toaster that puts the logo on each and every delicious slice. Sure, that makes the bread a little well-done where the letters are but who doesn’t like to go a little dark side every now and then?
You still here?!

I know this is hard to believe, but a lot of Star Wars fans enjoy collecting toys and bragging about exclusive or hard to find collectibles.  This gift will provide the Star Wars fan in your life a box full of exclusive content every other month. It literally is a gift that keeps on giving and can also double as your retirement plan (products are not guaranteed to go up in value).  The debut box included two exclusive Funko Pop!s and a Force Awakens t-shirt and fans rejoiced.  Each box contains exclusive Funko magic, is guaranteed to be better than the prequels, and is a must for any fan who enjoys collecting toys. 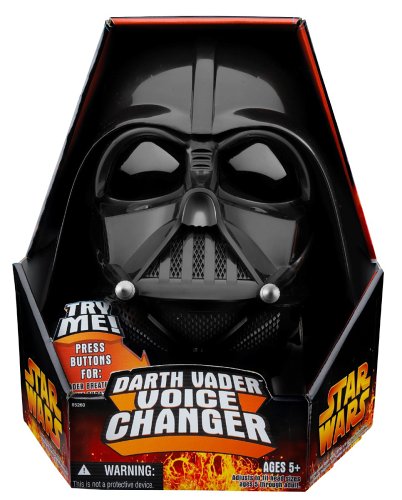 Is there literally any sentence you have ever said that would not have been cooler had you said it in the metallic, gravely tones of James Earl Jones? Then why wait? Give yourself, or anyone else, the gift of Ultimate Power: the power of a commanding voice, and a pretty sweet-looking mask too! Think of all the scenarios in which this mask/voice changer could be used: a) on the phone whenever there’s an unsolicited call; b) to scare your kids or your friends’ kids into doing what you say; c) on Skype conversations with friends or family, just for that extra little pizzazz; d) any other situation. For those with reservations about option d) above, think again: Darth Vader would make everything better...search your feelings. You know this to be true! 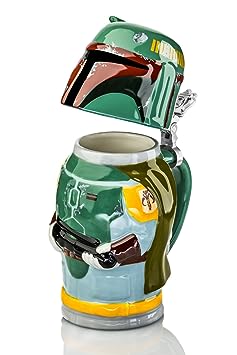 ...because who doesn’t want a drink a frothy beverage out of a bounter hunter’s skull? Note: I actually own this.