Thought I might escape this one in 2015, but twitter kind of exploded today and I feel the need to clarify some thoughts. It was precipitated by something Ian Sales posted on his blog, in which he takes a thoughtful and pretty strong position against award eligibility posts. This, in turn, led to a backlash in equally strong terms, often citing Amal El-Mochtar's excellent post in favor of eligibility posts. That one's now a year old, but clearly we haven't come to any consensus since then, so it might as well have been written today.

First, a disclaimer: I don't actually have strong feelings on this topic. I guess you could say I'm somewhere between agnostic and mildly supportive of author award eligibility posts. They help me figure out what's eligible for which of the shorter-than-a-novel fiction categories, and for that I'm grateful. And, as a rule, I don't have an issue with self-promotion, provided it doesn't get too in-your-face--and I have yet to see an award eligibility post that does. So as far as I'm concerned, please go ahead and write a post on your blog or website telling people what you've done this year. I may or may not read it. 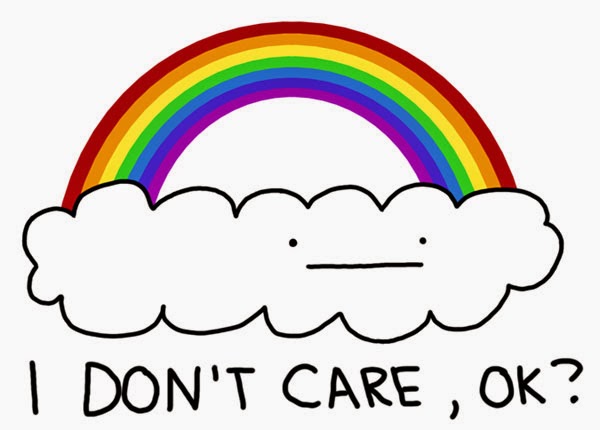 So if I'm kind of "meh" on the topic, why am I even posting this? Well, for one, I think we've reached a point where people are talking past each other, and I feel an urge to try (though probably not succeed) in steering things in what I think would be a more constructive direction. A large part of the problem, in my view, is that sometimes there's more common ground between opposing views than one might initially think. To illustrate:


In the sense of whether they are for or against author award eligibility posts, these positions do stand in opposition to one another. But in other ways the two arguments, which I'd suggest are more complementary than many people give them credit for, are begging for critical synthesis. And since critical synthesis is pretty much my thing (insofar as I have a "thing"), I'm going to give that a try...

To begin, when Ian talks about "corrupting the process," he is primarily talking about big authors with sizable influence--and especially the ones who seem to get Hugo award nominations every year, like John Scalzi or Seanan McGuire--both of whom have previously posted their eligible works on personal websites/blogs/LJs (e.g. Scalzi, McGuire). Ian is decidedly not talking about new authors from disadvantaged backgrounds. Amal, by contrast, is quite specifically talking about the potential of award eligibility posts to benefit new authors from disadvantaged backgrounds.

I do believe that Ian's presentation of a general argument against award eligibility posts, rather than one more explicitly focused on those authors with institutional advantages (i.e. networks, fans, cachet) within fandom), is the wrong approach. I'd also suggest that opponents of award eligibility posts might consider being more sympathetic to less visible authors when they try to get their name out there, because they have a lot of ground to cover and often get limited or no marketing/publicity support from their cash-strapped publishers.

However, that does not change the fact that his piece is aimed squarely at the "haves" and not the "have-nots," and at the mobilization of said institutional advantages by the "haves" to better position themselves for prestige-accumulation--and to the detriment of those, among others, who lack said advantages.

And perhaps authors who do have lots and lots of success at securing Hugo (and other) nominations should consider taking a step back? I'm not quite ready to endorse that view, as I'll need a bit more time to sort out my own feelings on the topic. Nevertheless, I am presenting it as food for thought and as a starting point for discussion.


Okay, but does any of this really matter?

At some point it occurred to me that both sides of the argument are making the assumption that award eligibility posts work. But do they? I posed the question to Michael Damien Thomas (co-editor of Uncanny Magazine), with whom I was already engaged with on the topic, on twitter. Niall Harrison (editor of Strange Horizons) and the proprietor of the excellent Chaos Horizons blog joined in. Here's a somewhat abridged rendition of that conversation:

@michaeldthomas Out of curiosity is there any data/evidence supporting a causal link btw eligibility posts and heightened visibility?
— Nerds-feather (@nerds_feather) January 8, 2015

@nerds_feather I was actually just thinking about that. There *seems* to be a correlation, but it would fascinating to see which nominees +
— MichaelDamianThomas (@michaeldthomas) January 8, 2015


@nerds_feather either made an eligibility post or posted on a prominent open thread.
— MichaelDamianThomas (@michaeldthomas) January 8, 2015


@chaoshorizons @nerds_feather @michaeldthomas (Though my guess would be that if they have, it's in short fiction and not novels.)
— Niall Harrison (@niallharrison) January 8, 2015


Mind you, the data is taken from the Hugo data packets and has not been subjected to rigorous standards of statistical analysis--so take the findings with a grain of salt. But it stands to reason that author award eligibility posts simply may not have the impact ascribed to them by either their supporters or detractors. In that case, an agnostic to mildly supportive--or, conversely, mildly critical--stance would seem pretty valid...


*Recall that I was pretty middle of the road on that one too.