Star Wars day has come and gone and many nerds probably dropped too much money on copies of the 100 variants that Marvel produced in celebration of its latest cash cow.  They already sold 1 million copies to comic book shops around the world!  Fortunately they have entrusted this gift of a series to some great creators who will hopefully carry the torch after the great work Brian Wood did for Dark Horse.  May the force be with us all. 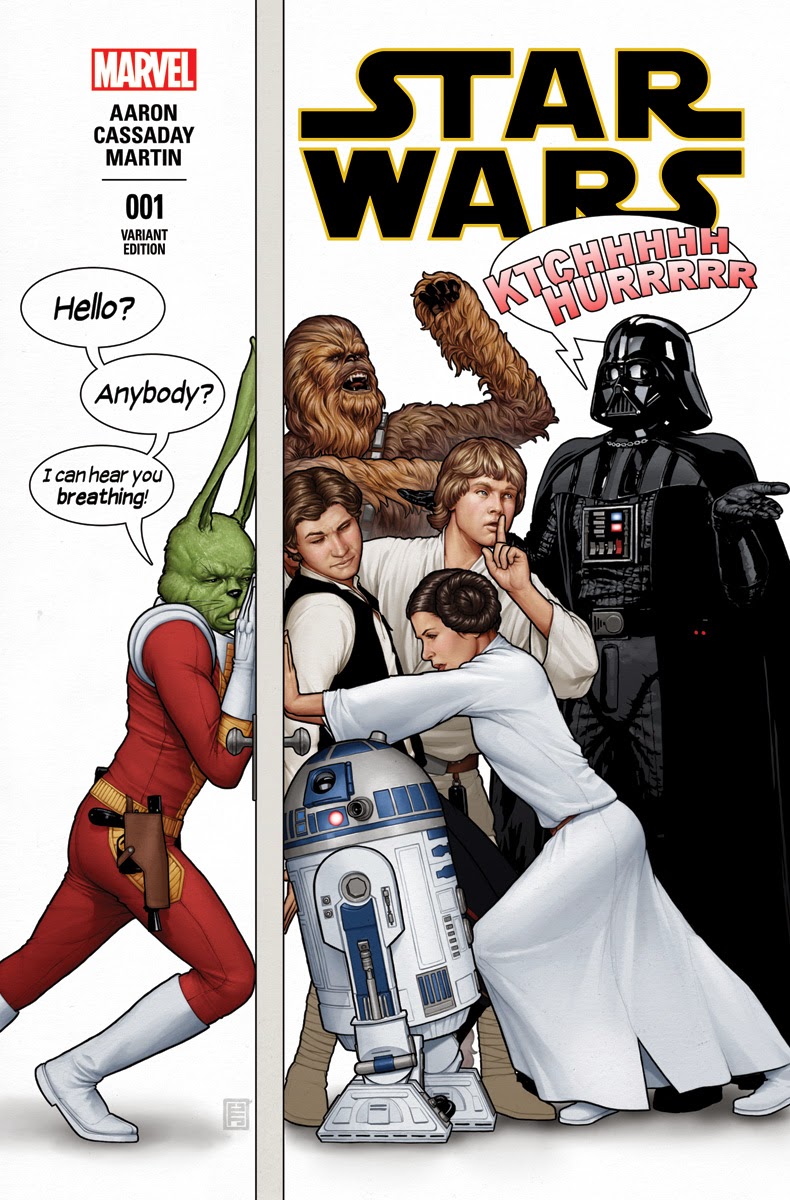 Pick of the Week:
Star Wars #1 - Marvel may have gone overboard with the variants, the A-list crew they assigned to their newly acquired Star Wars license delivered a great first issue.  Filling the void between Episode IV and V, we join Han, Leia, Chewbacca, and Luke as they attempt to sabotage a weapons factory owned by the Empire.  Jason Aaron and John Cassaday manage to pack in a wide array of classic characters and vehicles.  It felt like part of the original canon and was just plain fun.  The dialogue felt true to the series and I was really taken back to my childhood.  One of the highlights for me was how Vader deals with a sniper attack.  I had my doubts, but well played Marvel.

The Rest:
The Walking Dead #136 - I think this arc has really hit its groove and I continue to once again be really impressed with the Walking Dead.  There are a lot of side stories to keep up with, but it appears that things are about to boil over for some of them.  The most intriguing one to me is the group that walks amongst the dead wearing their skin.  I have a feeling Negan is going to look like a saint compared to this group.

Captain America #3 - The new Captain America has been enjoyable and has brought me back as a monthly reader of the series.  I wasn't a huge fan of Cap going to the alternate universe and adopting his alternate universe son.  Nothing against Ian, but I prefer my comics grounded more in reality.  So far the run with Sam wielding the shield has been pretty good and has reminded me why I like Captain America so much.  Now that Sin, Red Skull's daughter, has been thwarted, I wonder what classic villain he will face next.

Terrible Lizard #3 - Cullen Bunn's tale of a girl trying to save a T-Rex from her father continued this week as Jess and Wrex attempt to find a place to hide.  It might not be too surprising, but when you try to run away on a T-Rex that is here due to a time anomaly, trouble is soon to follow.   Jess learns the city may not be the best place to ride a T-Rex and more hijinks ensue when another temporal opening delivers some more friends for Wrex.  This series is absolutely insane and quite a bit of fun.