THE MONTHLY ROUND - A Taster's Guide to Speculative Short Fiction, 12/14

As 2014 comes to a close, December offers a rush of fiction, a sort of avalanche of places sneaking in stories before the new year. As usual, it is a great time to be a reader of short fiction, and your loyal storytender has tried his best to bring you a few tastes to send 2014 out in style.

Dark and with a soul-searching quality of a rebel wrestling with the morality of her actions, Vandana Singh's "Wake-Rider" fits nicely as a black IPA. Lelia, a woman battling the immense and exploitative Euphoria Corpocracy, follows an enemy ship to a small, dead colony ship only to find there a breakthrough so important that she goes to extreme measures to ensure it reaches her compatriots. Bringing into focus the morality of fighting against a corrupt and obviously immoral force, one that infects people with a nanoplague designed to make them docile and consumerist, the story allows the weight of Lelia's actions time to settle. These are not the romantic heroics of Star Wars, where the good guys don't blink at blowing up a space station with thousands of people on board. Instead, each life is important, and even though Lelia knows she has to act to return with the vital tool she found, she also knows what it is costing her, that with every death she is casting herself deeper into a debt she cannot repay. Like a black IPA, the story is mirky and offers no easy ways out, but is also impossible to put down.


"The Magician and Laplace's Demon" by Tom Crosshill (Clarkesworld #99)

Mixing science fiction and fantasy, rationality and a touch of magic, "The Magician and Laplace's Demon" by Tom Crosshill is a chardonnay. Like any good chardonnay, it's something that revels in the idea that science and knowledge can do only so far, that in the end there is a touch of the unknown necessary for the universe to function, or for a wine to become great. The story's main character, though, a computer program that has gained its sentience, doesn't believe when it comes across a person who claims to deal in magic. Magic which, according to the magician, can only be used when no one is paying enough attention to prove it. Borrowing from the ideas surrounding quantum uncertainty, the story imagines magic as a much larger scale of the same phenomenon. The computer, obsessed with knowledge to the extent that it feels ignorance as pain, makes its life work to understand magic, to prove or disprove its existence. It drives it to kill off almost all the magicians it can find, until there is just one left, the same one that first explained magic to it over a thousand years earlier. Finding a scientific explanation for magic, the story examines the nature of knowledge and the necessity of something else, something unknown. It's also just a fun story of a Wile E. Coyote computer program chasing after the Road Runner magcian, where gravity only works when the person knows they should fall. Light but with a crisp complexity, the story leaves the reader running in place, afraid to look down.

With an elegance and flow that builds to a crushing emotional punch, "Fantaisie Impromptu..." by Carlos Hernandez is a cabernet sauvignon, a nice balance between sweet and dry. The story follows Gabby, a young reporter trying to get the story on recently-deceased pianist Václav Balusek. Václav's wife, Consuela, believes her husband to be still alive, that he transferred his soul into a mechanical suit and piano. Gabby, skeptical, plays along, even donning the suit and having Václav perform through her. It's a slow rise of tension as Gabby begins to doubt, as she listens to the music that the dead man plays. The story does an excellent job in questioning what a human soul is, what a life is, especially to an artist who puts so much into their work. It also contrasts Consuela's faith with Gabby's belief in a more rational world without dismissing Consuela as stupid or ignorant. It's sweet and yet with a shy dryness that keeps things from getting saccharine. The dialogue between Gabby and Consuela is sharp, fun, and a highlight of the story. They are very different women, and yet both love the music, and that similarity connects them more than their differences could keep them apart.

"Chocolateland" by Shariann Lewitt (Fantastic Stories of the Imagination) 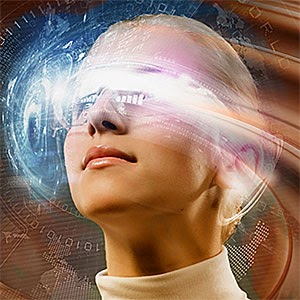 Some stories are harder to assign drinks to them than others, but "Chocolateland" by Shariann Lewitt is a no-brainer as chocolate wine. The story, about a scientist whose field work involves creating virtual realities to assist the recovery of stroke victims, at first seems like it might be light, sweet. But like chocolate wine, there is a lot going on here. There is the struggle of a woman dealing with her mother's scorn and disapproval, the struggle of an overweight woman who wants to indulge her love of chocolate. But there's also the struggle of her mother who fell short of the expectations placed on her, the struggle of the daughter to forgive, to get over verbal and emotional abuse. There are more layers than the title seems at first to imply, and each are rich and deep. This is a great example of a story exploring humanity as it explores science, taking a look at technology that is almost available and showing how it touches human lives, how it helps to heal the scars left by a long, ugly battle between daughter and mother.

Omenana opened up a great first issue with a number of stories I quite enjoyed reading, but none more than Tendai Huchu's "Hostbods." Taking a near-future look at a man who rents out his body to foreign minds, its head-nodding triumph and confidence make this a red ale to me, crisp and nearly sweet but with an edge to make the experience both complex and exciting. Simon, a young man forced into hostbodding to cover the medical costs of his brother, is a unique case, able to look in on the time other people spend in his body. Normally he is only seen as 4401, a nonentity, a poor man struggling to make his way. Whether allowing sick relatives to spend time with family or older men to indulge in illicit sexual interludes, people use his body for all sorts of things, but when a very wealthy man wants to permanently transfer his consciousness out of a dying body, Simon takes action. Using his own invisibility, he manages to win the day over the wealthy man who was trying to steal his body and the man's equally conniving daughter. The world building is solid and believable, and like a good red ale, the ending left a big smile on my face.

A story of a shape shifter and a woman able to call the rain, "Goatskin" by K.C. Norton feels a lot like an IPL, a lager with the skin of an IPA. Shanzi, a young woman who can change her skin to be that of any animal, is bought by the Lady Uduru to serve as an attendant. At first it seems a strange move, as Shanzi doesn't know why such a fine lady would want a goat-skinned girl, but when it's discovered that Lady Uduru is able to call the rains, a very valuable skill, things fall into place. A group of men arrive to kidnap Lady Uduru and force her into marriage to exploit her gift, but Shanzi is no fool, and delays the kidnappers, trying to give her lady a chance to escape. When that doesn't work, the women agree to exchange skins. At first reluctant, but then more interested in the idea, Lady Uduru agrees. The story provides an interesting look at body, power, and two incredibly competent women. By swapping skins, they discover more value in each other and themselves, beyond their initial assessments of beauty and plainness. And the story ends with the same ambiguity that an IPL finishes with, with the lingering question of what might come next and a growing awe at the many possibilities.

Full of a nostalgic pain and a mix of humor and more somber remembrance, "Kenneth: A User's Manual" by Sam J. Miller feels like an Orange Gin Fizz, alive and out of the past but very difficult to find nowadays. A mix of powdered sugar, lemon juice, gin, and orange liqueur, it hits the mouth with a vibrant shock but taken now it's a relic out of the past. The story, about a line of robots designed to capture a man that no longer exists, a man that embodied the aspirations and dreams of a specific time and place, uses the clinical tone of a company memo but becomes something more, something not apologizing for the contradiction its product offers. Mixed with illustrations that feel almost like looking at the image of a ghost set to dance club lights, the feel is happy and sad and hits just right. Looking back on the time the story evokes, it is easy to wonder what people were thinking. Like tasting an Orange Gin Fizz, though, there's something unmistakably appealing that the story does an excellent job of capturing. And in the end, even if it remains a time capsule sent forward into a very different world, it helps to understand the time it came out of, the place it conjures out of the smoke and strobe.

A map of a society hidden beneath the human world, a world that is slowly spreading, slowing consuming, "The Secret Life of Sea Monsters" by Cislyn Smith is a Deep Sea Cocktail, an even measure of dry gin and vermouth with a dash of orange bitters and the smallest amount of absinthe to make the world tremble. At its surface it's hardly threatening, the story of a sort of immigration of creatures into human society. There's a lurking, unspoken promise, though, that their fascination with maps brings. They are explorers, and eager to experience a new world, but it doesn't feel like it's solely an idle fancy. They are explorers, and taste the air and feel what the human world has to offer, and their passion and their lust are not exactly benign. Showing a mirror to human ambitions, these monsters learn from humanity a hunger that doesn't seem likely to be sated easily, or without incident.

Old fashioned but with a bite and twist that makes it memorable, Anna Zumbro's "Seaside Sirens, 1848" is a Pink Lady, two measures gin to one lime juice and a dash of grenadine, lemon juice, and sweet cream. Pomp and circumstance on the outside, this is a story that has a mischievous heart. About two boys trying to sneak a peak at an bathing spot, at first it seems that it might be light and airy. But this story is hiding a dark truth, and by the end proves itself to be full of teeth. Funny and capturing the tone of the time period, it breaks the usual tropes of boyish mischief by giving power to the woman they were trying to spy on, by twisting the world the boys expected into something they weren't nearly prepared for. And in doing so the story managed to do something fun and strong enough to be worth a taste. Or two, as the woman in the story might suggest.