I will open this week on a personal note.  I accepted a job with a different university and will be moving my family back to Texas this summer.  The impact this will have on the blog is that I will be that this year's C2E2 will be my last, and I will unlikely be able to go back to Gen Con.  This saddens me, but the move south will open the door to Board Game Geek Con, PAX South, and SXSW.  In addition, I will be able to return to shopping at Austin Books.  I will miss the good folk at Comic Quest, which is an excellent store, but look forward to the new adventures this move will bring my family.  Cheers! 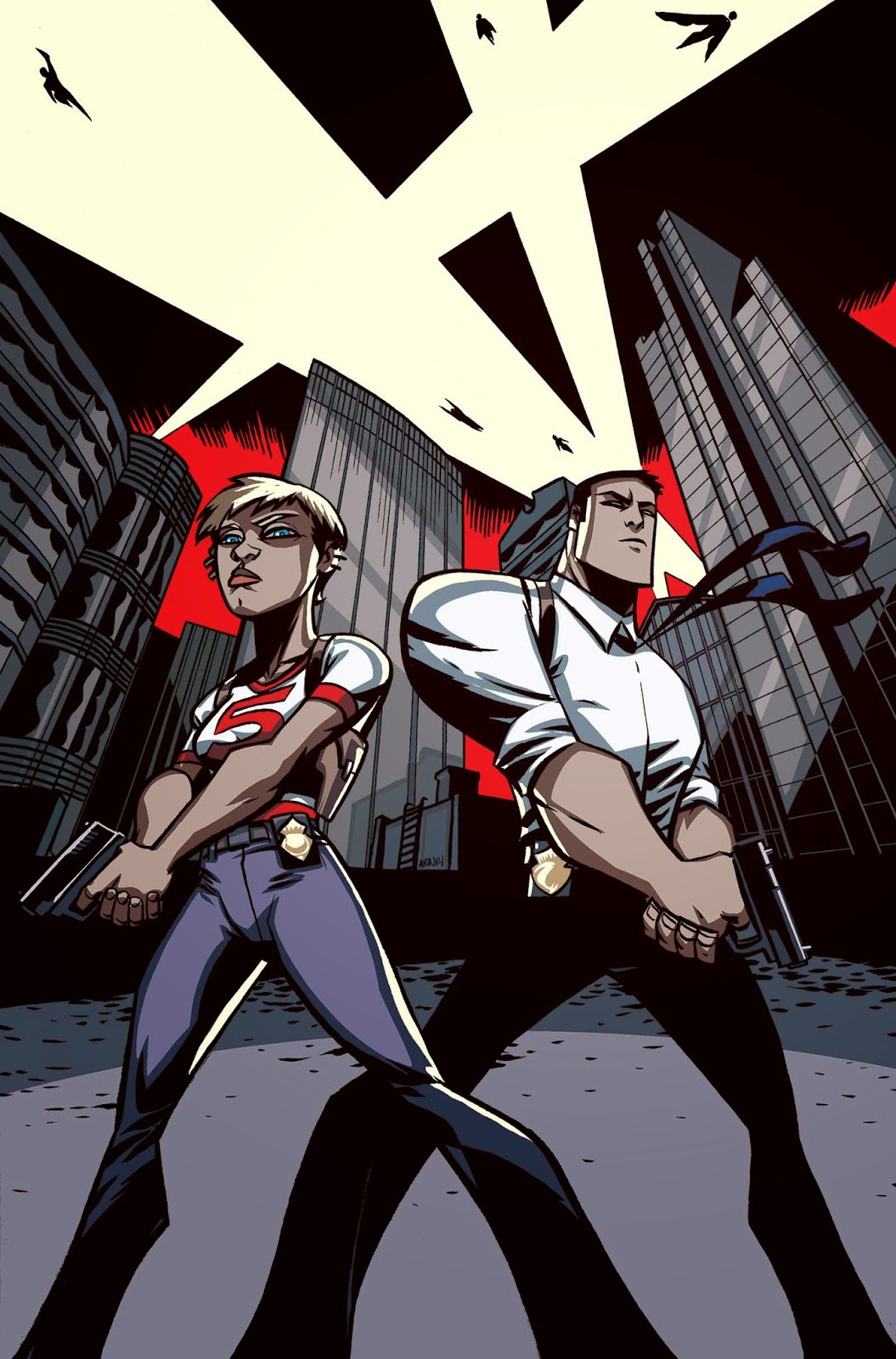 Pick of the Week:
Powers #1 - Even though we have to wait almost a year to finally see an episode of Powers on Sony TV, the new excitement surrounding the series delivered this welcome addition to the Powers story.  The original Powers was a phenomenal series that everyone should read.  Starting with a basic murder mystery, Brian Michael Bendis and Michael Avon Oeming created a rich world filled with fresh characters and a new take on people with powers.  Flash forward to the relaunch, and a world that is once again seeing a rise of individuals with powers and it isn't being celebrated.  Deena Pilgrim is the top detective out there and her former partner, Christian Walker, is nowhere to be seen.  It is so exciting to revisit this noir book and I am looking forward to checking it out on the small screen this winter.  A perfect time to familiarize yourself with Powers.

The Rest:
Rumble #2 - I don't know what to make of this title, but I find it engrossing and entertaining.  Bobby has become mixed up with some sort of demon because a friend of his owes him a little over $80.  While the demon won't hurt Bobby, he wants to use him to track down whatever he is seeking.  This causes the demon to run into a six-headed cat type creature and other shenanigans.  There isn't really a good way to describe what this book is, but if you are willing to give it a chance you will be adequately entertained.

Ivar, Timewalker #1 - The good folks at Valiant Entertainment gave us this hidden gem featuring time travel this week.  Ivar has traveled back in time to prevent Dr. Neela Sethi from inventing time travel.  At the same time a group of time traveling robots, the Prometheans, are after her as well.  Dr. Sethi clearly plays a major role for the future of mankind and it isn't clear who we should trust.  Ivar, Timewalker was fast-paced and fun and I look forward to unfolding more secrets and traveling to different time periods.

Groo: Friends and Foes #1 - It is always good to see the one-man wrecking ball Groo return.  Groo is back for a 12-part series and destruction is bound to follow him.  This week we join him on his adventures with Captain Ahax to see if the mighty Groo can sink a boat to allow Ahax to cash in on an insurance policy.  Per usual, hijinks ensue and much is destroyed.  Classic Groo that fans of the warrior are sure to enjoy.