Welcome back to Thursday Morning Superhero.  After a couple of weeks off due to the holidays, we are back in full force for 2015.  Not only was it a terrific week of comics, some small publishers made some big waves as IDW acquired Top Shelf Productions on Tuesday.   I am a fan of any move that gives power to the small publishers and creators and this move is no different.  It is always my hope that moves like this may pressure Marvel and DC to allow their creators to have ownership of what they create.  Image has already demonstrated that giving ownership to creators is a great business model and I hope that the new IDW is a smashing success.  Both IDW and Top Shelf Productions have some great titles and hopefully this will mean a wider distribution of these amazing books.  Cheers to the little guy! 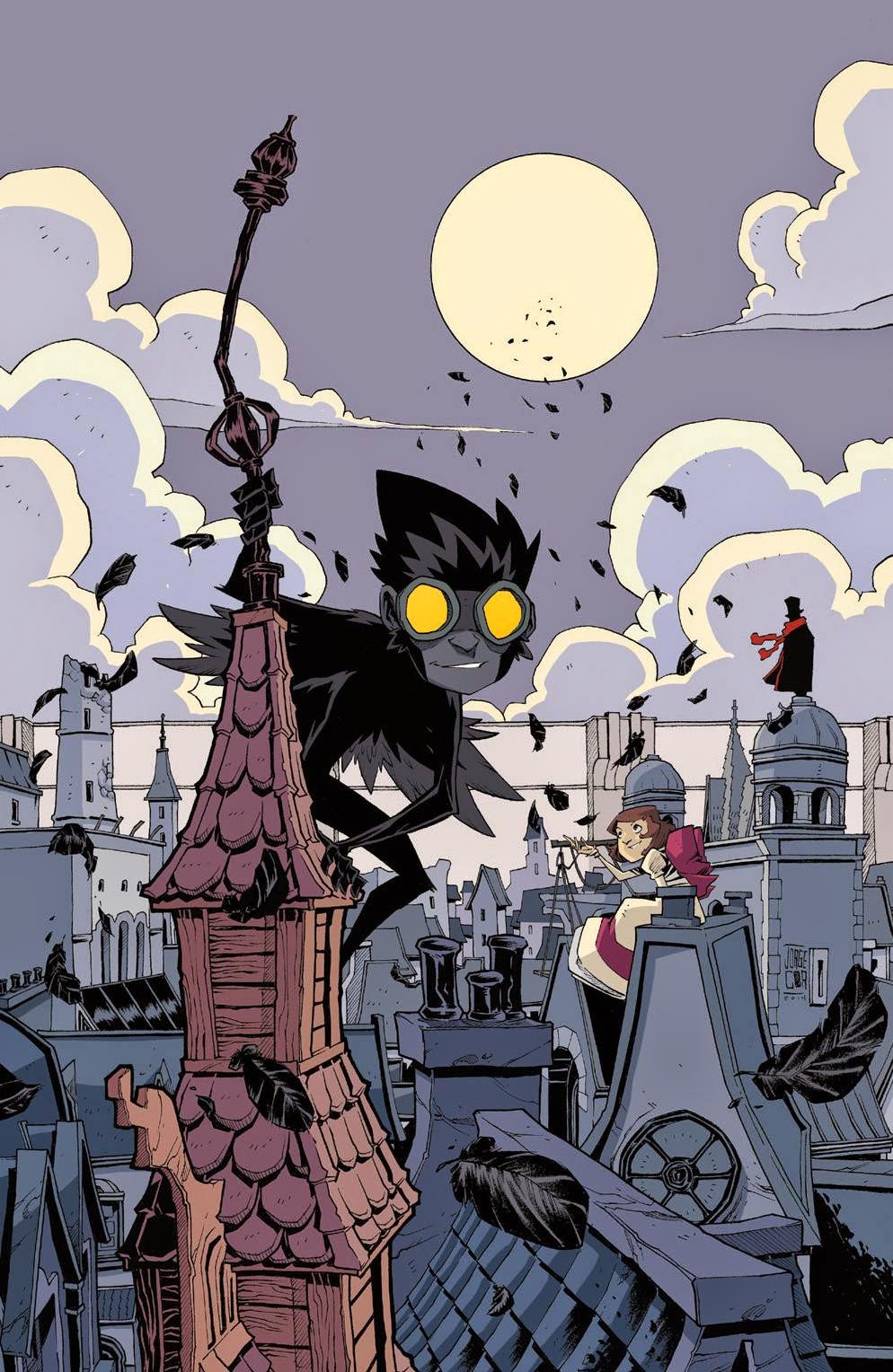 Pick of the Week:
Feathers #1 - This title was not even on my radar, but when I heard there was a new all-ages book that was recommended to fans of The Legend of Korra I thought I would check it out.  Feathers is a story set in a time of conflict.  The wealthy live behind walls while the poor struggle to put food on the table.  The poor live in the maze and kids (mice) are persecuted for attempting to steal food.  Throw in a mysterious stranger who has been kidnapping kids for the past 11 years and Poe, a boy covered in feathers who has been raised by his adopted uncle in secret.  The first arc introduces this beautiful world to the reader and portrays as a superhero to the mice.  The other kids refer to him as the ghost as he foils the guards' attempts to catch the children in the maze.  A delightfully magical tale that had me on the edge of my seat.  Time to do some research and see what else writer/artist Jorge Corona has produced.  Great stuff for all-ages.

The Rest:
Skylanders #4 - My son's current favorite comic featured a short, simple story and introduced a new mysterious arc.  What I liked about the one-shot, although not terribly original, was the fact that it celebrated a female champion and underdog.  The new arc introduces us to a mysterious new sprite who seems to have nefarious plans for Skylands.  I love seeing a new cast of villains separate from the devious Kaos.  Good all-ages fun that is highly recommended for fans of the video game.

Ant-Man #1 - With all the hubbub about Ant-Man this week it is no surprise to see Marvel relaunching the series for noobs like myself.  I know a bit about Ant-Man, but not much.  This relaunch is a nice refresher and introduction to Scott Lang, the current Ant-Man.  Nick Spencer does a nice overview of the history of the character and set up the new arc.  Definitely worth checking out prior to this summer's blockbuster film.

Nailbiter #9 - The town of Buckaroo, Oregon continues to be packed with mysteries and serial killers.  Finch continues to find new leads, but the interesting cast of characters that make up this small town are quick to cover up any clue he finds.  The killer remains at large and there is now a bus full of children missing.  I don't envy Finch and the stress he is dealing with in that messed up town.  Nailbiter remains a must read for horror fans.