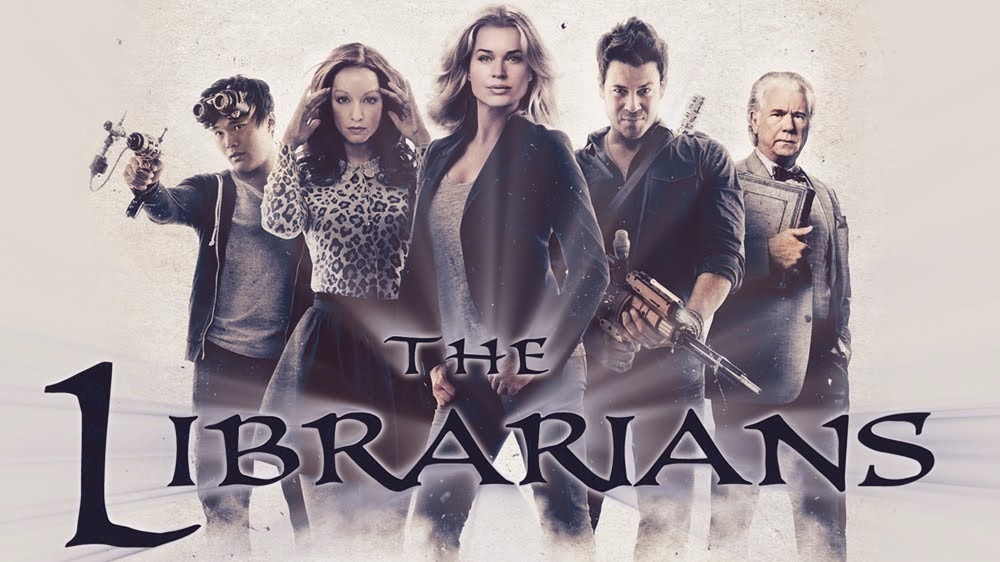 I have to tell you all something…I am IN LOVE with The Librarians. Like, warm and fuzzy I wish I could hug it kind of love.

The Librarians is TNT’s new series based off their made-for-TV movie franchise of the same name (minus the s) from the mid 2000’s. But you don’t need to be familiar with the movies to watch the show, which is good for me because I had no idea they existed in the first place. The movies starred the fabulous trio of Noah Wyle, Bob Newhart, and Jane Curtin, and all three are present to help launch the inaugural episode of the TV series. Wyle plays the eccentric genius Flynn Carsen, now head Librarian, charged with protecting a secret collection of famous and powerful artifacts housed at a magical Library (I know right, how AWESOME?!). The Library chooses its own staff, and sensing a need it selects a guardian for Flynn, counterterrorism specialist NATO officer Eve Baird (Rebecca Romijn!) (seriously, I wish you could see me bouncing in my chair as I write this). And just in time too, because the Library has come under attack by evil forces who want to use its magic for bad. Flynn and Baird set out to locate three other geniuses selected by the library, with the intention of saving their lives, and consequently assemble a rag-tag group of assistant Librarians. Under the guardianship of Baird, these assistant Librarians are charged with protecting the world while Flynn ventures off to save the Library itself. 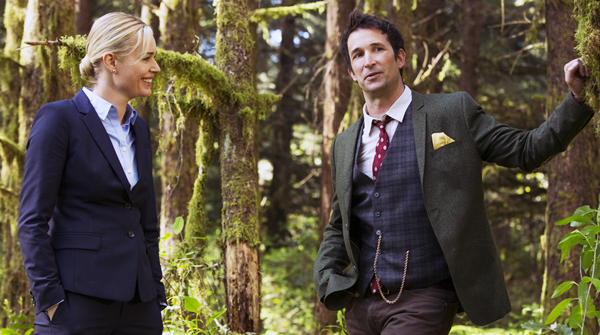 I love this show for the following reasons:

Nostalgia. I spent my formative years in the 90’s. I grew up reading books like Goosebumps and watching TV shows like Ghost Writer and movies like Indiana Jones, A Kid in King Arthur’s Court, and The Goonies. TNT's The Librarians encompasses this spirit. Flynn fights with Excalibur, the Librarians get stuck in a labyrinth and have to fight the minotaur to get out, and the team even has to defeat an evil magic app created by Morgan le Fay. Needless to say, The Librarians reminds me of the stuff I used to live for. And yes the show is kind of cheesy but that’s okay because it embraces the cheese. One of my biggest peeves with genre TV (and all TV in general really) is that it’s barftastically cheesy but everyone pretends that it’s not.

Acting. Another issue with (genre) TV is that it is often rife with horrible acting. But the acting in The Librarians is really, really good. Not only does it have established actors like Noah Wyle, Rebecca Romijn, and John Larroquette (Night Court whaaaaaat), but Lindy Booth, John Kim, and Christian Kane (a.k.a. the assistant Librarians) are all phenomenal too.

Female Characters. We don't need to get into the generally appalling portrayal of women on TV and in other media, but I will tell you that the female characters in The Librarians are awesome. Eve Baird especially, and I think it’s a combination of how she’s written and how she’s played by Romijn. Baird is a strong woman, both physically and emotionally, who’s not [gasp] bitchy or manly. She’s not a woman trying to fill a man’s shoes or a bippity boop sporting a pink gun. Instead, she’s a person, and she’s badass, and if you mess with her or her protectees you’ll regret it. She is stern and gives direction but listens to what other people have to say and isn’t afraid to admit when she’s wrong. She's a great character, regardless of sex. 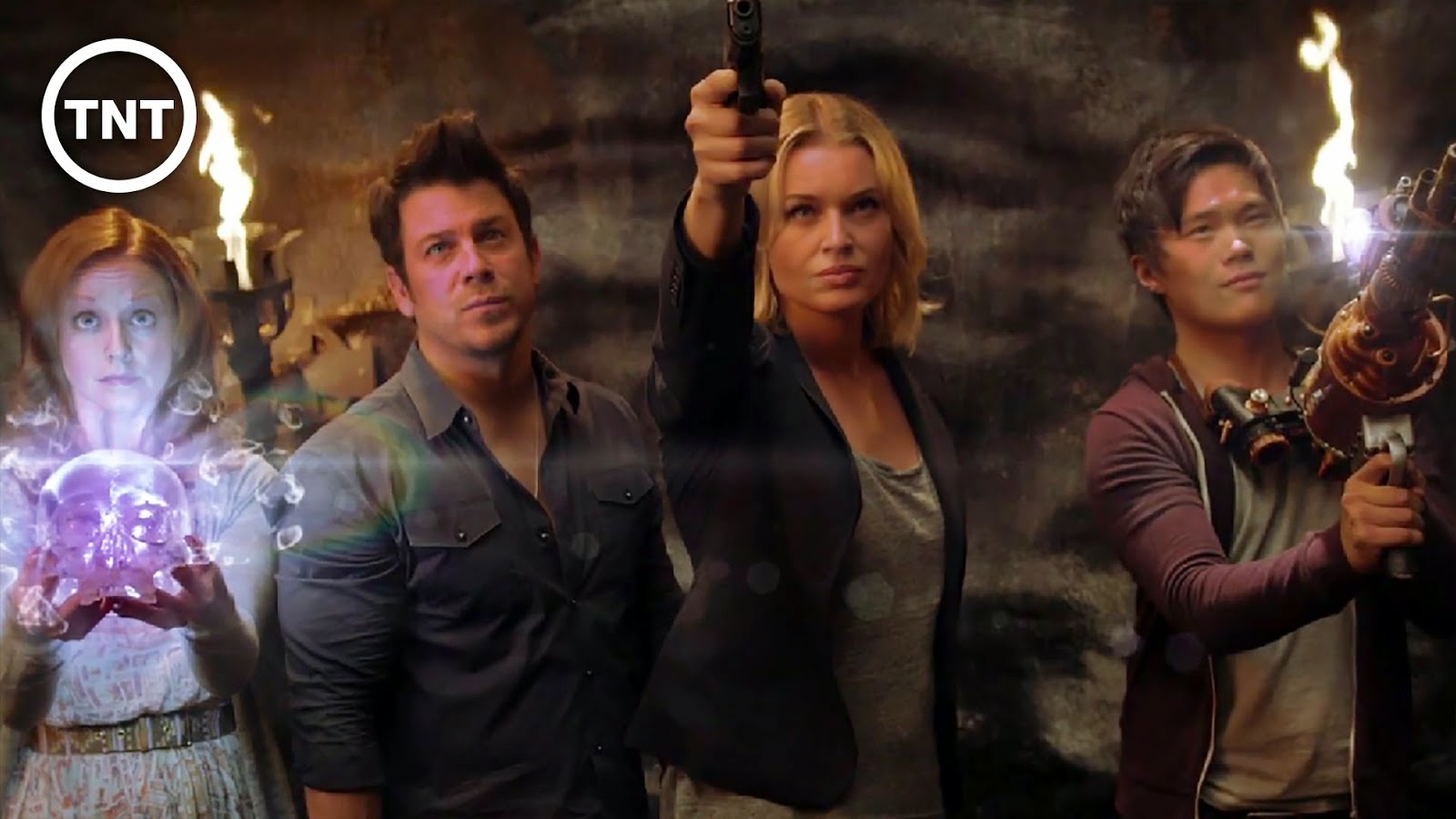 The Truth. The real reason I love this show so much is that, as nerds, we all know what it’s like to be outsiders. But the thing is, sometimes I don’t even fit in with the nerds because I’m not a really a gamer nerd, or a science nerd, or a comic book nerd….I’m a The Librarians kind of nerd. And I’m so happy this show exists, and I really hope there are enough nerds like me out there watching it so that it gets signed on for another season.

The Librarians season has just ended (although I expect it will be syndicated on TNT), but here are some ways you can watch the series from the beginning:

Available on iTunes and Amazon for purchase,
and free from your cable (or whatever) provider via TNT's website.

Bonuses: +1 for Eve Baird, +1 for helping bring back folklore and history as action fantasy, +1 for impressive cast/acting

Penalties: -1 for the unnecessary, albeit almost non-existent, romance sideline, -1 for Ezekiel's annoyingness at times, even though it's probably intentional

Nerd coefficient: 8/10 "Well worth your time and attention"