WE RANK 'EM: The 6 Worst Baen Books Covers of All-Time

Baen Books has long been an influential player in SF/F circles. Now, of course, the imprint is best known for cornering the market on politically-conservative SF and fantasy--though perhaps too strong of an association would be unfair (they do also publish Bujold's Vorkosigan Saga, after all). Regardless, the one thing everyone can agree on is that Baen is justifiable famous for its...unique art style. Here are some of the finest most insanely terrible awesomely terrible examples I could find:

Hokas Pokas is just your average teddy bear in 19th century naval blues riding a horse-like thing on an icicle under the cosmos. I will remember to always bet on the hocus. 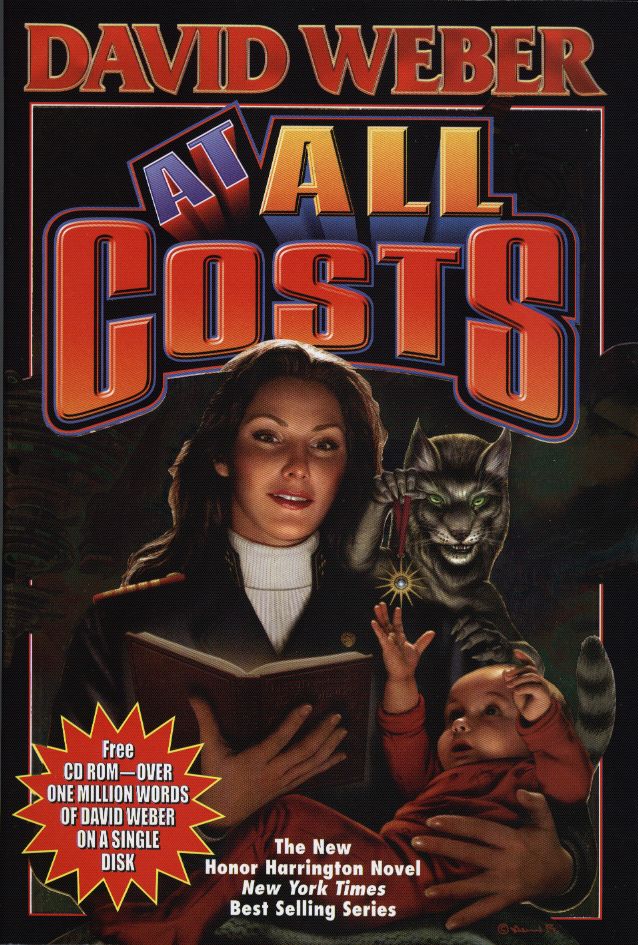 Why is the cat trying to hypnotize that baby? I have no idea what to do with this one. Another winner for Mr. Anderson. this one gets extra Baen points for Flandry's tight grip on the meter-long electroschlong protruding from his loins. This little gem of wingnuttery looks like something Sean Hannity might paint if Colmes returned to the set and dosed him with LSD.

A masterpiece of clusterfuckery that speaks for itself.
Posted by The G at 12:00:00 AM