Welcome to a special edition of Thursday Morning Superhero.  With all of the chaos that is San Diego Comic Con, I wanted to post something more than a weekly round-up of comics (Trees #3 is excellent by the way) and focus on a couple of craft beer collaborations in what I hope is a growing trend at SDCC.


San Diego has a bustling craft beer scene that has largely remained an untapped resource for off-site events.  Last year, to my knowledge, was the first true collaboration beer when Wil Wheaton and friends teamed up with Stone Brewing Co. to give us the gift that is W00tStout.  This year, in addition to W00tStout 2.0, IDW partnered with Kraus Brewing Company for Locke and Brewskey, the best named beer ever.

W00tStout 2.0:
W00tStout 2.0 is an imperial stout brewed with wheat, rye, pecans and chocolate (the twist in this year's recipe), then partially aged in Kentucky bourbon barrels. It is a rich, complex beer that packs quite a punch with its 13.5% ABV (you need to be careful with this one). 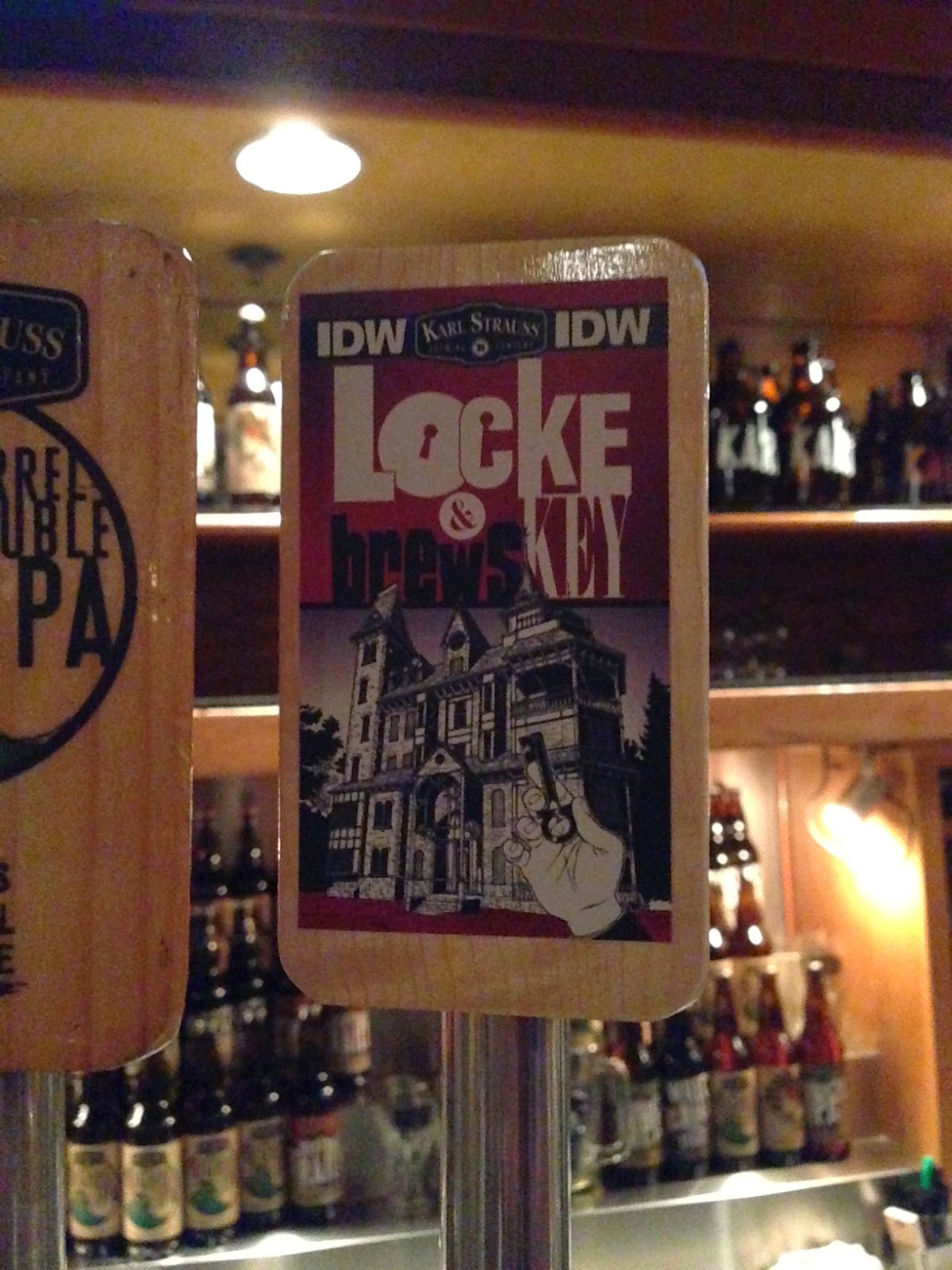 Locke and Brewskey:
Locke and Brewskey is a single hopped, New Zealand Pale Ale that is light and refreshing.  It couldn't differ much more that W00tStout 2.0, but is equally as refreshing.  Packing a modest 5.5% ABV, this beer has notes of citrus and would be the perfect brew to turn to after exhausting yourself walking all over the Gas Lamp district.

As mentioned earlier, this is a trend that I would love to see San Diego and SDCC embrace with open arms.  What are some other comic and beer pairings that you would like to see next year?