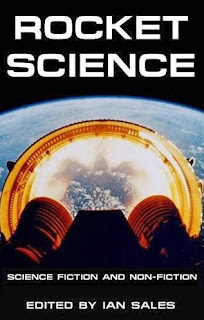 Bonuses: +1 for having real gems like Kimmel's story (and editorially for leading off with it, making full use of the primacy effect), +1 for (mostly) seamlessly weaving non-fiction into the volume, +1 for having such a strong unifying theme

Penalties: -1 for being mostly (too) short stories, -1 for the self-promotion in some of the non-fiction (if I wanted to read about how awesome you are, brainiacs, I'd just read your articles in Nature or whatever!)

Nerd coefficient: 7/10   "an enjoyable experience, but not without its flaws"