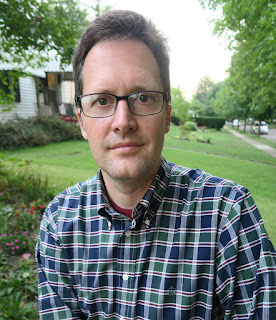 Jason Sanford is a three-time finalist for the Nebula Award who has published dozens of stories in Asimov’s Science Fiction, Interzone, Beneath Ceaseless Skies, and Fireside Magazine along with appearances in multiple "year's best" anthologies along with The New Voices of Science Fiction. His first novel Plague Birds was recently published by Apex Books. Born and raised in the American South, Jason currently works in the media industry in the Midwestern United States. His previous experience includes work as an archaeologist and as a Peace Corps Volunteer. His website is www.jasonsanford.com. 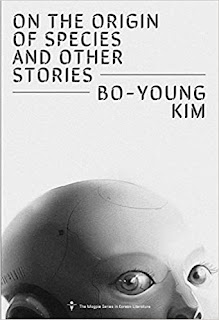 I'm currently reading On the Origins of Species and Other Stories by Kim Bo-Young, released as part of the Magpie Series in Korean Literature by Kaya Press. Kim is one of South Korea's most influential science fiction authors and I'm loving these short stories. I also have her new collection of novellas from HarperCollins, I'm Waiting for You: And Other Stories, on my to-be-read pile. It's so exciting that her stories are finally being translated into English. 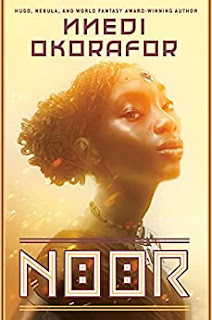 Noor by Nnedi Okorafor, which will be released in November. Okorafor’s Who Fears Death is one of my favorite novels of all time and I'm a big fan of her entire Africanfuturist universe. If you haven't already dived into Okorafo's amazing stories, do so now! 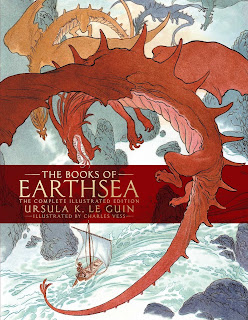 Ursula K. Le Guin's Earthsea Cycle. On my desk sits The Books of Earthsea: The Complete Illustrated Edition, with mind-blowingly beautiful art by Charles Vess. But I know I need a massive amount of time to reread all these works so I'm saving it for a special moment. 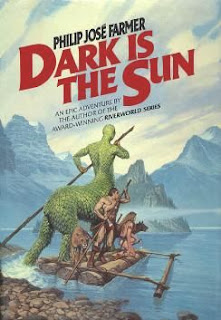 Philip José Farmer's novel Dark Is the Sun. As a child I found the novel in my grandfather's SF collection and loved it. The story was my introduction to the Dying Earth genre and I was fascinated by how Farmer told a science fiction tale that felt like fantasy set on a far-future Earth about to be destroyed. In fact, some of the inspiration for my novel Plague Birds resulted from my love of this novel, as Plague Birds is also set in the far future and tells a science fiction story using fantasy tropes and style.

Earlier this year I was cleaning out some stuff and found my grandfather's old paperback of Dark Is the Sun. I started reading it and was horrified. The prose was bad (surprising for Farmer) and the story and characters were cliched and wooden. I had to stop reading to avoid spoiling my childhood memories of the book. 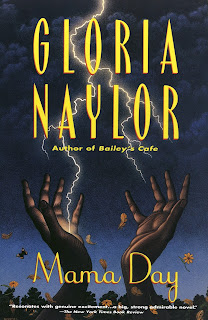 Gloria Naylor's Mama Day. I read the novel in Thailand while serving in the Peace Corps. All of the Peace Corps Volunteers regularly went to our headquarters for medical checkups and training and I found the novel there in the lending library. The novel is absolutely beautiful, mixing reality and fantasy in ways that were new to me at the time. This was the first novel that ever made me cry at the end. I read Mama Day while the Thai school I taught at was shut down due to flooding. I remember sitting on the wooden steps of my house with the floodwaters below me -- the house was on stilts because the school was next to a river -- and I couldn't stop crying as I finished the novel. I was so moved. 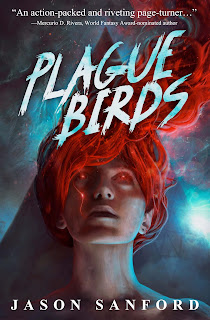 My first novel Plague Birds was recently released by Apex Books. Plague Birds is the epic tale of a young woman betrayed into becoming one of the future’s hated judges and executioners, with a killer artificial intelligence bonded to her very blood. The novel is science fiction but reads like fantasy, a melding I've long loved (see my earlier comments about Dark Is the Sun).

I didn't leave anything on the table as I wrote Plague Birds. The story is weird and full of speculation and ideas, all set in a deep, multi-layered world. But the novel is also very much focused on the personal tale of the characters. I think the story will bend and push people in new ways, which is what I want from the fiction I read.