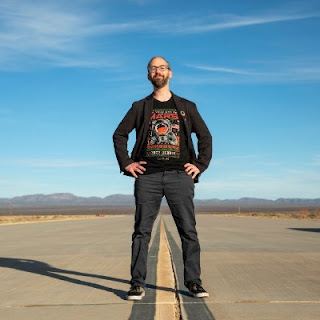 Cassidy Ward is a journalist and author of fiction. He writes a regular column exploring the intersection of science and popular culture at Syfy.com and his debut novella, Ravel, will be published September 4, 2021. He lives and writes in Utah with his partner and son. 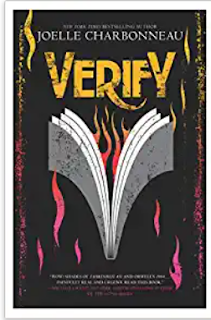 Verify by Joelle Charbonneau. It’s a spiritual sibling to 1984 or Fahrenheit 451 in the way it explores the potential negative outcomes of technology or government overreach in the future. It wonders at the potential repercussions of an increasingly digitized world, in which everything including history can be modified on a whim. Meri, the protagonist, is swept into an underground resistance built on maintaining physical books in order to protect the truth of our past. It aligns nicely with my appreciation for the convenience of digital content and my unwillingness to let go of the ever-increasing mountain of physical book beneath which I will undoubtedly be buried. 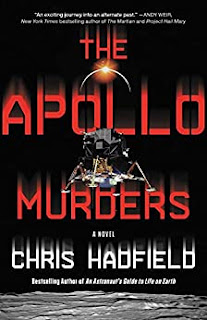 The Apollo Murders by Chris Hadfield. I’m a sucker for the Apollo missions, and I’m a sucker for Chris Hadfield. Armed only with his Canadian charm, a killer mustache, and a guitar, he reintroduced a whole lot of people to the International Space Station. During a time when the notion of space-travel had become sort of mundane (a shocking thing to type), he helped to make astronauts cool again. Besides, I can just imagine him floating aboard ISS, circling the planet every 90 minutes, and cooking up a space-thriller.  I can’t wait to read it. 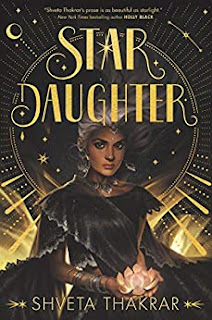 Next on my to-read is Star Daughter by Shveta Thakrar and I’m in that weird space where I’m almost sad the current book is going to end while also hungry to get on to the next thing. I’m excited about what Shveta is doing in the fantasy space. So much of fantasy is dominated by Euro-centric stories at the expense of other cultures’ storytelling traditions. Certainly, there are great sword and sorcery stories, but we could all do with an expansion of our narrative horizons both as readers and writers. I’m excited to see what sorts of worlds and characters exist outside the confines of my usual haunts. 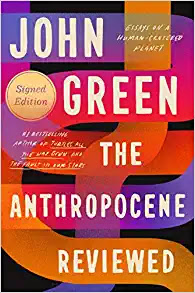 This is a tough one to answer. There are so many books I wish I had written. Any time I read something particularly wonderful I’m hit with that “god damn it” feeling of simultaneous joy and envy. Any time an author is able to really capture an idea and deliver it on the page, it’s a sort of alchemy I’m constantly chasing, so this happens a lot. My most recent experience with this feeling, though, involves John Green’s The Anthropocene Reviewed. There’s something entirely magical about that book, in the way it is seemingly a collection of disparate essays while also fully capturing what it means to be a human being alive today, with all of the good and the bad, the pain and the wonder, that comes along with modern life. Also, everything Andy Weir writes.' 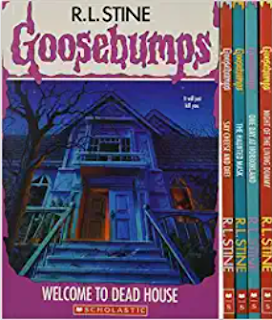 Perhaps the most important book I ever read, is a book which I don’t wholly remember. One of my earliest and most distinct memories is of sitting in my bedroom reading Goosebumps—I don’t remember which one—and realizing I’d ceased to see the words on the page. Instead, I saw the story unfolding in front of my eyes, as if I were there. The experience was so stark that, as I realized it, I was pulled back to my bedroom and just sort of sat there for a while, stunned at what had happened. That was the first time I realized books were the closest thing in this world to magic. That words, when appropriately arranged, have the power to transport, to pull the strings of a person’s mind. That was the moment I knew I wanted to write. 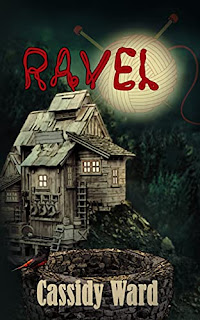 My latest book is novella called Ravel, about the threads we lay down throughout our lives and the ones we pull up, even when we don’t mean to. It’s a modern-ish fantasy/horror about a family of matriarchal ravellers, women capable of manipulating the threads of reality with magical knitting needles. There are dark creatures called Nails, intent on undoing the threads of the world, there is love and loss, and fractured memory. That feeling I’ve been chasing, when a good book carries you away, sometimes happens when you’re writing. That happened when I wrote Ravel. It’s the sort of book which, had I not written it, I would have wish I had. It ticks all my boxes. I hope it ticks yours.