Microreview [book]: Truth of the Divine by Lindsay Ellis

Trauma For the People 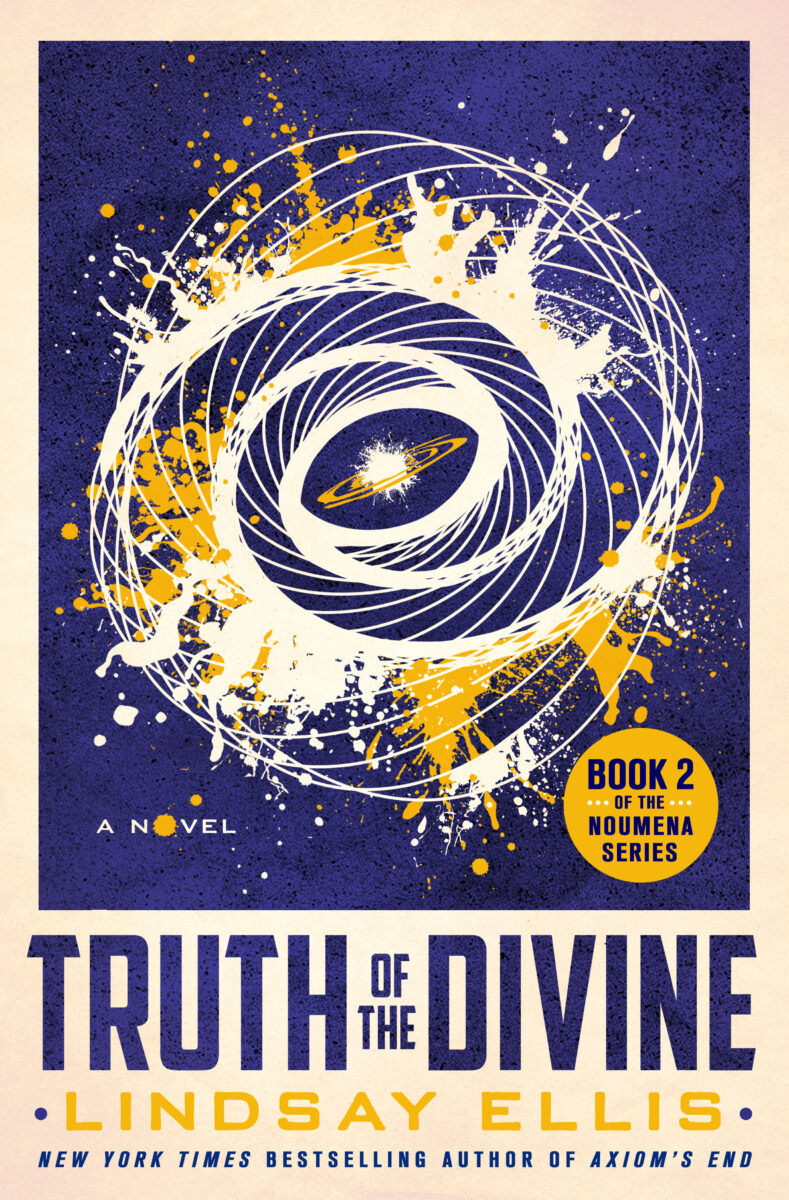 Reviewer's note: As usual, it is difficult to review the second book in a series without revealing sensitive details of the first book. Therefore, this review will not avoid spoilers for Axiom's End. If, for some reason, you wish to avoid spoilers for that book but still want to read a review for this book, here is your spoiler free review: Going beyond "what if aliens came to Earth?", Truth asks the question "are aliens people?" Answers are given, and so is some solid character development, but with a plot that's a little less clear than Axiom's. 7/10

Following shortly after the events of Axiom's End, Truth of the Divine has to grapple with different questions. Now that aliens are on Earth, do they have rights? Do aliens have the same rights as human beings? But it also has to deal with more personal questions. After being ripped apart by Obelus and stitched back together by Ampersand, how does Cora cope with that trauma? What does being bonded to an alien mean? Some of these questions get thorough explanation and others do not, but the end result is a better book than the first.

My chief complaint with Axiom's End was that Cora did not get near as much character development as Ampersand, and Ampersand, through his many lies and manipulations, was not a likeable protagonist. Truth delivers on building up Cora, and new secondary protagonist Kaveh to a lesser degree. Instead of just being a walking camera for the reader's POV, Cora grows from simply existing to having a purpose. Kaveh, introduced with a purpose, grows in what motivates him. The aliens fair a little worse off. Truth quickly sets aside most of them to put a laser focus on two. The "dynamic fusion bond" we learned about in Axiom's is explored in more detail here, and relationships between aliens and humans are central to this plot.

The plot, however, is where Truth suffers in contrast to Axiom's. It is never quite clear which way we are going and then ends without resolving many conflicts it put into focus throughout the rest of the novel. We start with the questions about the legal rights of aliens, Truth explores those questions in detail, but we do not quite get to any resolution. While exploring this central topic, Truth introduces some side threads that likewise go unresolved, until one of them becomes the dramatic climax. It was good to see it close the loop, but it was not the loop I expected to see end with this novel.

Truth of the Divine is a better book than Axiom's End, but it is an exchange of qualities. We get better characters and a less satisfying plot. Still, I found myself glued to it for the duration. It may be the curse of the middle volume, but it makes me look forward to the conclusion in a way that I was not quite bought into after Axiom's End.

Bonuses: +1 we get to see Cora happy and sad

Penalties: -1 not a twisty plot, just a slightly muddy one