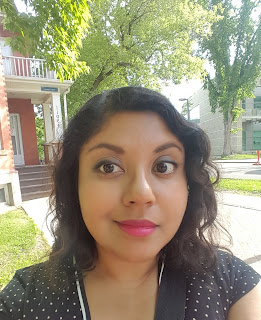 Premee Mohamed is an Indo-Caribbean scientist and writer based in Canada. Her short fiction has appeared in a variety of venues and her debut novel, 'Beneath the Rising,' is coming out in 2020 from Solaris Books. She can be found with some reliability on Twitter at @premeesaurus.  Today she shares her Six Books with us...

As usual, I'm reading five books at once... but I'm really enjoying 'Dance of the Dung Beetles,' by Marcus Byrne and Helen Lunn. It's carefully researched and well-cited, but more than that, charmingly written. It's very much a narrative, a story not just about the beetles and their ecosystems, but also their interactions and influences on human culture and history. 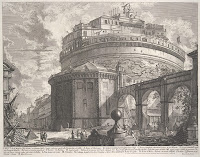 I'm so excited for 'Piranesi,' by Susanna Clarke. I loved 'Jonathan Strange & Mr. Norrell,' and everything that people seemed to dislike about it (the pacing, the jerk characters) just obsessed me; it's one of my favourite books of the last decade. And the premise of 'Piranesi' is completely up my alley. An infinite house with an ocean in it! A weirdo scientist doing secret research!

Does it count if I've already started? I wanted to do a re-read this year of Michael Moorcock's 'Elric of Melnibone' series. I just read the first book and am on the second. I first read the series in 2017 and found it amazing how effortlessly and joyfully it sank into my weltanschauung, the way it changed my own writing at once, the way I started spotting its touchstones in other books. It felt like being inducted into a club I should have joined as a child, but somehow missed out on.

What a tricky question! The first one that came to mind was Kazuo Ishiguro's 'The Buried Giant.' The first time I read it, the ending destroyed me; I told people my heart was broken and I no longer believed in love. But the second time, I realized I had created an ending in my head that didn't exist in the text. It's deliberately written that way. The ending is the attitude you bring to the ending, it's the reader who decides whether it's happy or sad. It blew my mind.

Definitely Diane Duane's 'So You Want To Be A Wizard.' I was eight or nine and I think it was the first book I had read in which magic was not 'high fantasy' (like 'Lord of the Rings,' etc) but was incorporated into everyday life, and quite sensibly systematized in a way anyone could learn. (I don't think I communicated my adoration for the series very well when I got to meet Diane Duane in Dublin last year though.) Becoming involved with wizardry became my secret goal.  Which leads me to...

My debut novel, 'Beneath the Rising,' is coming out on March 3 from Solaris Books! As I had it described to me by an excited stranger at WorldCon last year, it's the story of a scientist who solves the world's energy problem... and creates a ton more. Contains world's most irritating child prodigy, her reasonably paranoid best friend, a genetically-engineered Pacific giant octopus, secret books, tricky magic, a cardboard decryption device, an alternate timeline, the general utility of a fresh new Sharpie, good luck, bad timing, a labyrinth, and a lot of sand. Available for preorder now!