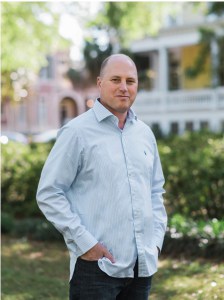 Michael Mammay is a retired army officer and a graduate of the United States Military Academy. He has a masters degree in military history, and he is a veteran of Desert Storm, Somalia, and the wars in Iraq and Afghanistan. He lives with his family in Georgia, where he teaches English to high school boys, which is at least as challenging as combat. Find out more at his website.


Today he shares his six books with us.

I just finished Age of Assassins by RJ Barker and while I haven't picked it up yet, I don't think there's any world where my next read won't be the second book in that series. I don't usually go for a book two immediately, but Barker's work kind of demands it. It's so good. Before that I read City of Lies, by Sam Hawke, which I loved, and I'm getting ready to read The Accidental War , by Walter Jon Williams, which isn't out yet, but I got a copy from my editor.

I'm looking forward to The Disasters, by Megan England. It's a debut that I got a chance to read the first chapter of a while back, and I think it's going to be awesome. To love a book these days I really need great writing to go along with a great story, and this book definitely has that.

I don't re-read books very often. I think I could probably count all the books I've read more than once on my fingers. There are a couple reasons: first, I try to stay up to date on new books, so re-reading takes away from that, and second, I don't want to go back and re-read something I loved as a younger man and find that I don't love it anymore. I'd rather have the good memory. With that said, I re-read A Wizard of Earthsea this year to celebrate the passing of Ursula Le Guin and it was even better than I remembered.

4. How about a book you've changed your mind about over time, either positively or negatively.

The Forever War. I re-read it last year, and in my opinion, it's the best military science fiction book ever written. With that said, it has some outdated views on homosexuality that are pretty hard to read in the current environment. The book was written in 1974, and tends to treat homosexuality as synonymous with androgyny. It's not hateful, it just feels a bit awkward. It makes it hard to recommend the book to young readers, even though it's an absolute classic, and the allegory of it is still spot on forty four years later.

5. What's one book that you read as a child or young adult that has had a lasting influence on your writing.

The Deed of Paksenarrion by Elizabeth Moon. The omnibus edition. I read it in the nineties and it's what made me want to write fantasy and science fiction. I think it was the first time I read military fantasy. I was in my twenties then. If you want something from when I was younger than that, I'd probably look to David Eddings. I read a lot of Heinlen as a kid, too.

My debut, Planetside, came out recently. Something I'm really proud of is that it seems to appeal to science fiction lovers, but also to people who don't normally read sci-fi. I've had so many people say 'I don't even like science fiction, but I loved this.' There's a really big mystery element in the book, and I think that surprises people in a good way. It's a military science fiction setting, for sure, but that element, while ever-present, isn't overwhelming. I think it's accessible to mystery and thriller readers, and I love that, because it might lead some of them to consider more science fiction in the future.