Environmental fiction is often bracketed into a narrow shelf. The Kim Stanley Robinsons and Jeff Vandermeers and a few Atwoods. The best books maintain elements of “fun” reading, like The Southern Reach Trilogy but in general these books have a #message. Otherwise, why would we call them environmental?

There’s no perfect word for referring to other-than-humans. For the purpose of this column, I’ll use nonhuman, which I still find way too human centric, but it’s common in academic fields as well as the speculative side of things. What is a nonhuman, you ask? Usually another other living thing, though “living” is pretty broad. For example, a tree can be nonhuman (take Ents, for example). But so can a mountain or a river.

In the discussion of nonhuman beings, one is often discouraged from projecting human characteristics on them. I heard this a lot in my writing workshops at my environmental MFA. If you give a river emotion, you are forcing it into the box of human understanding. This distinction will become more developed as new writers come into speculative literature, but I wonder about evaluating older literature with this set of rules. Humans are animals, after all. The human body is a type of biome, much like a mountain. 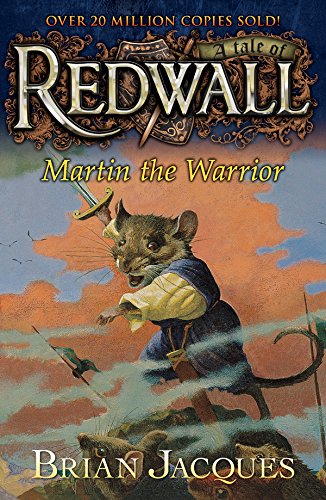 When I look back on my road to environmentalism, the books that impacted my thinking often contained anthropomorphic beings. In particular, the Redwall series sticks out from the shadows of childhood. Written by Brian Jacques, the series spans twenty books. While not clearly chronological, they can be read in certain orders to tease out repeating characters. The novels revolve around several enduring places rather than characters or plots—Redwall Abbey, Salamandastron, and Mossflower Woods. The beings that populate these places are mice, moles, hedgehogs, shrews, hares, badgers, otters, rats, owls, snakes, etc. They carry swords, wear habits, cook scones, and fight wars. For the most part, they are explicitly human with one key difference—they rarely subjugate other animals (example, riding a horse). It does happen (book one, Redwall, contains the most specific instance with the villain whipping a horse), but animal subjugation is less often than in such a text as Wind in the Willows.

Today, animal studies theorists and environmental writers would most likely raise an eyebrow at claiming Brian Jacques as an environmental writer. For me, it comes back to empathy. These stories made me see a mouse as something worthy of respect. One could argue that the respect grew out of the human attributes rather than the animal aspects, but I can’t help but feel it something more. That respect for these creatures as having worlds of their own (even if it was their humanity appealing to me as a child) created a foundation I’ve built on since then.

It is fantasy, after all. Should we continue to explore new ways to respect nonhumans through our human storytelling—yes, but I wonder at the power of giving animals humanity in the eyes of a child, to give rich lives to the animals a child recognizes as “pests,” such as a mouse. I’ll leave you with this quote from Tolkien’s essay “On Fairy-stories:” “We should look at green again, and be startled anew (but not blinded) by blue and yellow and red. We should meet the centaur and the dragon, and then perhaps suddenly behold, like the ancient shepherds, sheep, and dogs, and horses—and wolves. This recovery [fantasy]-stories help us to make. In that sense only a taste for them may make us, or keep us, childish.”

Posted by Phoebe Wagner, a writer living in the high desert. She can be found on Twitter @pheebs_w