Close the Shades, Stay Inside 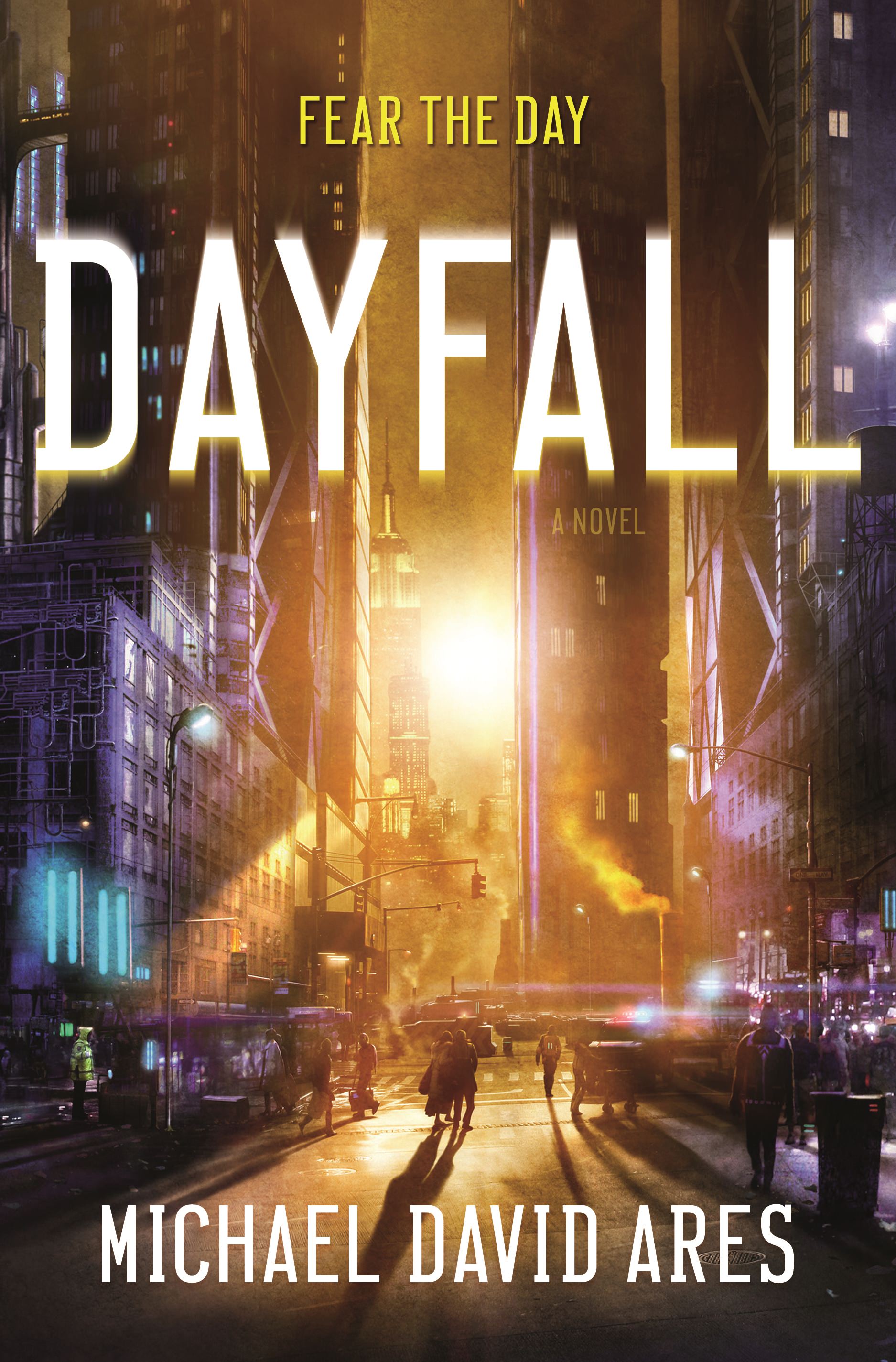 Dayfall takes place in too-near-future New York City. After nuclear war has put a permanent cloud over the city, the weather is about to improve and "Dayfall", the first time sun has shone on New York City in a very long time, is coming. But the city is torn between its elected mayor and a privately-owned security company that rebuilt it after the darkness came. Some mysterious killings threaten to cause chaos when Dayfall happens, favoring the security company, and the mayor wants to get to the bottom of the murders. Enter outsider detective, Jon Phillips, hired by the mayor to solve these crimes before Dayfall.

Let's get this out of the way first; this is not a good read. Look no further than the name of the main character, Jon Phillips. It's about as bland as you get, and the rest of the novel follows suit. Phillips himself is utterly without character. He likes old detective novels and falls in love easily. That's about all I could attribute to him. The rest of the cast is no better. Even Halladay, the big Scot police officer, who's probably supposed to be the big, loud character in the story, isn't really there. He's got some racist tendencies and nicknames for people. That's about it.

The story takes no surprising turns. The pair of Phillips and Halladay investigate a crime scene, follow up on some leads, and eventually solve the crimes. I'm not convinced that this wouldn't have gone the same way with any other pair of police officers. In fact, midway through their investigation that's on an extremely short timeline, they lose several hours to a little shut eye and some alone time with the women in their life! I'm talking they've got 30 hours to solve this, but they've got enough time to get some sleep and, for Phillips, to fall in love/lust with a bartender. Later, Phillips confronts a suspect with some extremely flimsy evidence, and it does nothing but make him look like an idiot. I guess the most intriguing parts of this story are these scenes that don't really make a lot of sense.

At no point was I impressed, but I definitely checked out about 3/4ths through it when the author conflates ex-military with sociopaths with transgender people with identity switching for the sake of blending in. It's a flipping mess and I was very much not into any of it. It's the worst of a clumsy, boring book that ends abruptly but not soon enough. There's no reason to read this.


Bonuses: Nope, sorry, I've got nothing.


Penalties: -1 bring a map, because it spends more pages giving character to the city than any of the people in the book.