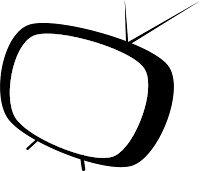 I have been busy fulfilling my 2016 resolution to watch more TV. This task has been made incredibly easy by the plethora of great speculative shows that have hit the airwaves, not to mention all the different methods of viewing them. Having recently broken up with my cable service, I am finally experiencing the joy that is Hulu, Netflix, and Amazon video streaming in this golden age of television.

In the spirit of my resolution, I have vowed to be less prejudiced when it comes to selecting which shows to watch, but I still have some criteria.  Mainly, no romances or supernatural beings (which are usually romances anyway), no superheroes (I'm burnt out), and the show must stay consistently below incredibly on the cheese-o-meter (tiny surges are tolerable in small doses).

So, without further ado, here are some minute reviews of what I've been watching and what’s next on my list:

Though a slow starter, The Expanse quickly became one of my all time favorite TV shows. The politics, while complex, was surprisingly easy to follow, the set was magnificent, and the acting superb. The only character I didn’t really care for was Miller. Thomas Jane’s stereotypically suave but mildly corrupt cop routine seems out of place in this world. But pretty much every other character blew my socks off, most notably Dawes, Holden, Nagata, and my favorite, Amos Burton. I am so excited for Season 2. Can. Not. Wait. Score: 9/10

The cheese is, at times, strong with this one. For the record, I know nothing about these books, except that they are Lord of the Rings-ish and the show definitely reflects that sentiment. But MTV pulled out all the stops here. It is filmed in New Zealand so the scenery is beautiful, and the CG is pretty spot on. At it’s heart Shannara is a show about teenagers in a love triangle,

but it hits some high notes along the way. The show opens with one of the main female characters training for and secretly competing in an all-male warrior competition, which, of course, she becomes the first female to win. The show has some powerful female characters all around and the relationships between characters are surprisingly complex. For the record, I am absolutely obsessed with Eretria. She is no nonsense and can hold her own, often having to bail the others out. But through her tough exterior she is also selfless and caring. Score: 7/10 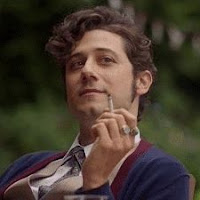 Watching truly great book to TV adaptions like this (and Jonathan Strange and Mr. Norrell) makes me doubly realized how some have really dropped the ball (coughGameOfThrones). What truly amazed me about The Magicians was how it deviated so far from the books at times, but never truly lost the narrative. My TV buddy is a non-reader and in explaining the book to TV differences, I was always able to justify why the show did what it did which surprised me because I’m usually pretty bratty about that kind of stuff. Each character except Alice is nearly perfectly cast, but Hale Appleman as Eliot wins for most perfectly cast adaptation character ever.  I do have to put a disclaimer here though, as this nanoreview does not contain the final episode, which I am refusing to watch. I thought we might get away without the god awful rape scene but I read the finale recap and discovered that not only do they air the rape scene, but they chose to make the woman dote on the event (not in the book) and have it drive her further arc (also not in the book). They also seem to have disregarded Alice’s great sacrifice all together, removed Eliot's sexuality, and seemingly negated everything good I have said about them. So, I’m not watching it. Head, meet sand. All but the finale score: 8/10

I loved every second of this reboot. It was funny and at times moving, but always incredibly self aware. It goes without saying that Anderson and Duchovny have more on-screen chemistry than should be possible, and it is as strong now as ever. The only thing I didn’t like was the William story line. I guess they had to at least bring it up but it was gut wrenching at times and never got resolved. And speaking of not resolving things, how about that finale?! I loved it actually, and while it may seem like a major cliff hanger, I found it oddly satisfying because everyone finally saw what Mulder has been saying all along. Score: 8/10

Not necessarily speculative, but still relevant:

No really, I don’t know what else to say about this show. First, I am shocked and impressed that it aired on USA. Mr. Robot is testament to the true nature of this golden age of television, which is a cascade of high quality material without regard to network or viewing medium. When I try to tell people about Mr. Robot, the words that come out of my mouth sound hollow and dull in comparison. “It’s a show about hackers, and it makes hacktivism seem tangible, and its kind of like Anonymous” only scratches the surface. Saying too much will give it all away. So if you haven’t watched it, do so now, even if you have to pay for it (like I did), it's worth every penny. Score: 10/10

I’ve only started watching Full Frontal. It’s a short, satirical topic show starring Daily Show alum Samantha Bee. Bee’s stage presence is slightly awkward at times, but the show is funny and the content is extremely relevant. Feminist and liberal in nature, Full Frontal is informative and entertaining. You can get a pretty good taste of what appears on the show from its Facebook page. Score: 7/10

I am currently giving this one a try, but I’m not sure about it. The premise is intriguing, taking place in a dystopian near-future Los Angeles which is under military rule and encased within a giant wall. The presumption is that the invaders are aliens. The main characters are husband and wife and during the colonization they were separated from one of their children. But one partner is secretly a member of the rebellion and the other has openly been forced to work for the occupiers. I actually really hate the convention/trope where partners who are both main characters that we are supposed to like are hiding things from one another. Usually there is no believable justification for it, as is the case here, and it never works out well so I feel an uncomfortable anxiety whenever I encounter it. Overall, Colony has a heavy feel to it and I’m not sure the juice is worth the squeeze. Score: too soon to tell

I’ve only watched the first four episodes so far, but am surprisingly impressed. I’m normally not a fan of time travel stories but this one had me captivated from the start. It is intense and exciting and mysterious and I want more. Amanda Schull completely captivates me as Cassandra. I can’t wait to catch up and I hope it doesn’t get stale. Score: looking good so far

What I’m looking forward to:

All I know of Preacher is what I saw in the trailer and it looks amazing, but possibly too gory for my taste. I must admit that it makes me think of Nicholas D. Wolfwood which pulls at my nostalgia strings hard.

We have some time to wait for this but I have a feeling it is going to be fantastic. The casting is impressive and even though I love the book, I haven’t ready any of the other supporting material so I think the show will be even more intriguing. 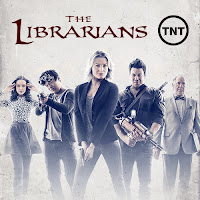 Others are starting to pick up on the greatness that is The Librarians, something I have pronounced before. The show doesn't take itself too seriously but tackles some serious issues and has some seriously kickass female characters. Season 3 is on its way.

See something I've missed? Let me know what to watch next!