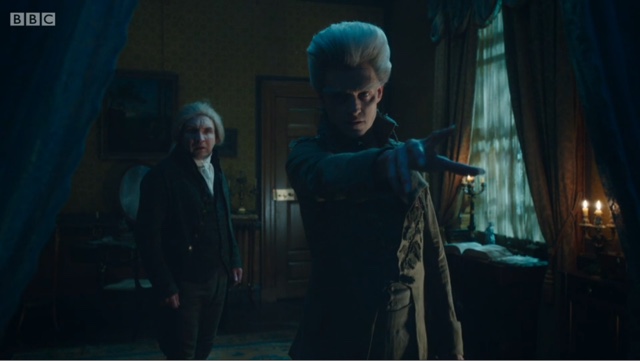 The winner of the 2005 Hugo for Best Novel and described by Neil Gaiman as "the finest work of English fantasy written in the past 70 years", Jonathan Strange and Mr Norrell by Susanna Clarke was a runaway success when it was published a decade ago, and continues to captivate new readers today. A complex yet vivid depiction of an alternate Georgian Britain where real magic exists, Clarke's debut found itself a happy recipient of the post-Potter hunger for fantasy literature, and in this case enormously-deservedly. Not just an enjoyable and absorbing tale, but one told with such a wide understanding of the era and the literature of the time as well, in a voice morphing between Austen and Dickens. 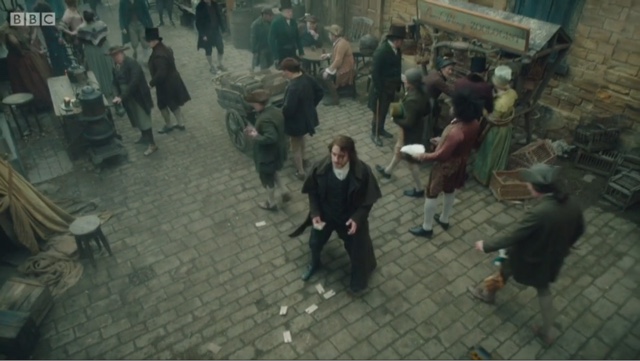 A filmed adaptation had been in the works for a while, but I found myself surprised to see it on British telly so quickly (America must wait a couple more weeks) and more so, this successfully. The author wrote in the Guardian newspaper about how visiting the set during filming became unnerving as characters from her story walked around in front of her, and that is how it feels watching them all now.

If you don't know the plot outline then that's what Wikipedia for, and nor do I want to give away spoilers, so I will stick to what worked and what didn't. I recommend however just jumping straight in and research no more beforehand.

First up, the set design and sound and lighting are superb. Some scenes feel very slick and soft but actually it connects you to what could otherwise be distancing historical landscapes, and for something shot with a relatively limited budget, it looks grand and epic in scale. The effects are more, well, effective, too. 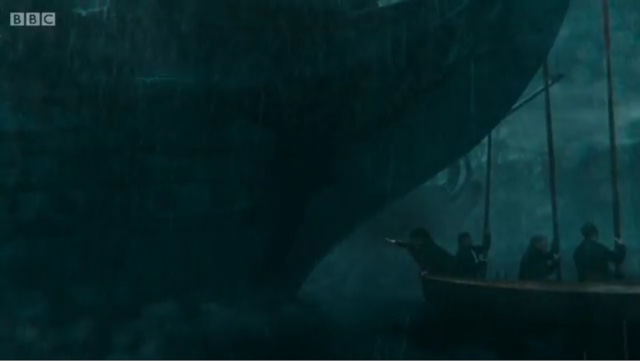 Secondly the acting is some of the most enjoyable and confident I have seen on television in a while. The first two episodes are all that have been shown of series so far but if some of the cast don't win come awards season. Eddie Marsan is my standout as Norrell - a seasoned actor yet one who seems tireless in his originality. Enzo Cilenri glowers powerfully yet wittily as his manservant Childermass, and Marc Warren captivates the lens (and the sound mix) with his mythical faerie. In fact, unlike most costume dramas (and this falls into that camp from a casting point of view at least) there isn't a bum note there. 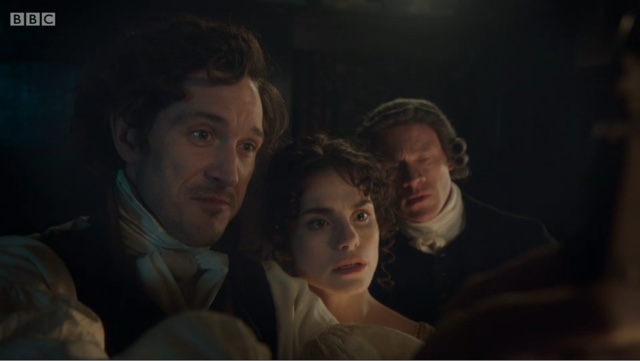 Finally, we must come back to the big triumph of the series so far - to adapt a novel without losing its heart and flavour. The script writer has done excellent work on Wallender (the UK version) and saved with great dialogue a tricky Doctor Who ep, and plenty more besides, and it is pleasing to see the ongoing high standard of work by director Toby Hayes who has done some decent Who episodes and began one of my favourite recent series Being Human. Both they and the whole crew do superb work, taking something that could have frankly become a laughable mess and make that rare thing - a literary adaptation that stands on its own.

So, it may not to be everyone's tastes - its fantasy may put off history and costume drama fans, and its long scenes of 19th century nobles pontificating in pretentious ways about 'society' may put off spec-fi fans. But if you enjoyed the book I can't see you disliking this abridged film version (... well, maybe let's see how they manage the ending first, perhaps...), and if the story means nothing to you, you'll be hopefully swept along away. I just hope North America can handle those Yorkshire accents...

Bonuses : +1 for surprisingly decent CGI for a BBC production; +1 for frequent humour within the intensity

Penalties : -1 for an awkward first episode that lurches a little between the various plot lines

Nerd Coefficent : 9/10 'very high quality and standout in its category'