Can a sequel really surpass its predecessor? 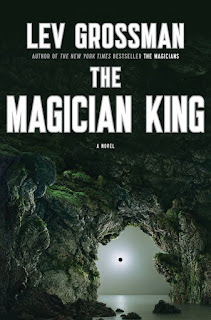 Quentin and the crew have grown up a bit since the last book. Sure, they still lounge around and eat good food and drink their fill, but they’re far less whiney about it now. Everyone still has their quirks, but they seem to have come into their own. Everyone except Julia that is. And that is where The Magician King excels, but also where it fails. I am going to try to keep this review as spoiler free as possible, but some inferences about the plot can be made from what I say, so tread lightly.

This second installment really shines in Julia’s story. Where in the first book we had melodrama, now we have neuroticism, as Julia comes to terms with her rejection from Brakebills and her inability to let magic go. She goes down the rabbit hole (figuratively, not literally which is possible in this book) and is caught in a whirlwind of depression and obsession. She’s constantly teetering on the edge but refuses to give up. This story of Julia's recent past is juxtaposed with Julia of the present, who is mysterious and distant but still tortured. She travels with Quentin on a quest to fulfill Q’s existential crisis du jour, which turns into a quest to save the world, which is all very interesting, and the juxtaposition of worlds keeps the story fresh.

Reading this, I kept trying to think of what my negatives would be. What could I take off points for? I mean, there was a little bit too much of Julia using her sexuality to get what she wanted from people, considering bathroom hand jobs her secret weapon so to speak. That didn’t really sit right with me but I wanted to forgive it because I was really enjoying the book otherwise, and it really didn’t come up that much. And she was neurotic and desperate and obsessed in a way that border-lined on addiction so maybe it was ok.

And then, in the penultimate chapter, it happened. One of our female characters is raped. [insert eye roll]. Not metaphorically, literally. And also literally, this rape brings her power in the form of, ahem, what he leaves inside her. And when’s he done, he pulls her humanity out stuck to his, ya know. Here's the worst of it:


The only other noises were made by [name removed for spoiler] grunting softly and hoarsely behind her. At one point a couple of rebel nerve endings attempted to send pleasure signals to her brain….

….[blank] barked loudly when he [removed for crudeness]. She felt it. The terrible, unspeakable thing, which she would never tell anybody, not even herself, was that it felt wonderful. Not in a sexual way…. But it filled her up with power.


I'll let you chew on that for a minute.


I think this scene in here to draw a parallel with mythology since ancient gods often raped women. What I can't figure out is if it's in here to mock the trope of women gaining power from rape, since much of what Grossman has done in these books is mock tropes (mostly YA tropes, though), or if Grossman has fallen into the trope himself. Also, at the very end, Quentin takes the blame for the rape and everything else that this female character went through, literally suffering the consequences in her place. By doing this it removes all of her agency, suggesting that her journey and transformation were all just the result of Quentin's and the rapist's actions. Sigh.

I keep writing and deleting paragraphs on all of this, and on using rape as a plot device in general, and I've gone from disgusted to angry to exhausted to numb. These are things we all know, yet it continues to happen. In fact, one quarter of every review-type post I wrote in 2015 was about a story that involved rape, and half involved the misrepresentation of women in general. But rather than go on about it at length which I've done ad nauseam, from now on when I review a story that does these things, I'm going to put it in the corner to think about what it's done, where it will hopefully find some remorse (or shame): 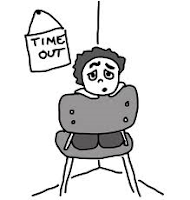 So, can one scene in one chapter ruin a whole book? Sure, but not this one. The final chapter of The Magician King is beautifully gut wrenching. Grossman really knows how to write a series, never overstaying his welcome anywhere and constantly leaving you wanting more of where you were but excited for what is to come. His writing is (almost) always fresh, never stale, and I look forward to reading the final installment in this wonderful, albeit slightly flawed, series.

Bonuses: +1 for the brilliant juxtaposition between the Brakebillians Fillory story and Julia's story

Penalties: -1 for well, you know, and -1 for Quentin taking the blame for it an everything else in her arc


PS. I sincerely hope SyFy does not air the rape scene.

-----
POSTED BY: Tia ... female defender since forever, and Nerds of a Feather Contributor since 2014