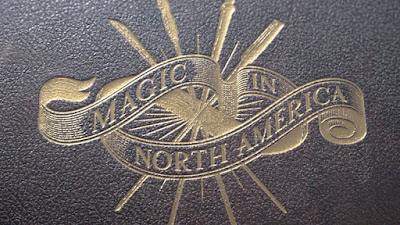 This whole controversy first started when J.K. Rowling announced some previously unidentified Wizarding schools around the globe. We already knew about Beauxbatons located somewhere in the Pyrenees and Durmstrang believed to be in far north of Europe, but we now have Mahoutokoro in Japan, Castelobruxo in Brazil, and Uagadou in Africa. Note Uagadou’s location and hence the controversy because Africa is not a country. It is a continent home to many diverse countries and cultures which, throughout Western literary history (in the least), has been lump-summed and othered. Since there is no reason to reinvent the wheel, a good explanation of why Uagadou’s location of simply ‘Africa’ is problematic, along with the public reaction to it can be found here. Also covered in that article is Rowling’s response, where she states that Uagadou is in fact in Uganda and the Pottermore website has since been updated to reflect that change.

Then, Rowling released a series of essays titled the History of Magic in North America as promotion and background information for her upcoming Potterverse film, which takes place in 1920’s New York. There is even a promo video for this history. The narrator advertises it as a series of stories by J.K. Rowling, but really it’s just a series of short essays segmented into different time periods. 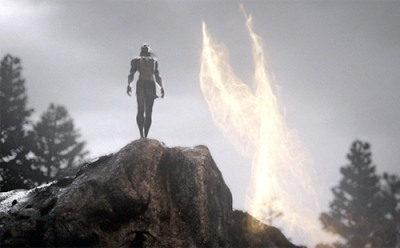 The present controversy begins with first essay, named Fourteenth Century—Seventeenth Century, where Rowling talks about Native American wizards (all italicized quotes here out are from the various essays in History of Magic in North America):

The legend of the Native American ‘skin walker’ – an evil witch or wizard that can transform into an animal at will – has its basis in fact. A legend grew up around the Native American Animagi, that they had sacrificed close family members to gain their powers of transformation. In fact, the majority of Animagi assumed animal forms to escape persecution or to hunt for the tribe. Such derogatory rumours often originated with No-Maj medicine men, who were sometimes faking magical powers themselves, and fearful of exposure.


Backlash ensued, with Rowling being accused of claiming and taking “the living tradition of a marginalized people” and making it her own, which is pretty much the definition of cultural appropriation. But this isn’t the only reason for the Native American uproar. Much offense has been taken with her referring to Native Americans as a homogenous whole, rather than individual, diverse, complex populations (deja vu?), and many feel that her ‘native wizards’ are based off of uneducated and racist stereotypes. Coverage of this backlash has run the gamut from National Geographic to The Guardian to pop culture/fandom sites.


The most glaring difference between magic practised by Native Americans and the wizards of Europe was the absence of a wand.

The magic wand originated in Europe. Wands channel magic so as to make its effects both more precise and more powerful, although it is generally held to be a mark of the very greatest witches and wizards that they have also been able to produce wandless magic of a very high quality. As the Native American Animagi and potion-makers demonstrated, wandless magic can attain great complexity, but Charms and Transfiguration are very difficult without one.

To say the Native Americans may have been powerful wizards, but their magic was raw and unrefined without European intervention is colonialist mentality at its finest.

Rowling has not yet responded to the Native American concerns.

Okay, so that was Part 1 where she offended Native Americans. Now we move on to Parts 2-4 where Rowling offends Americans as a whole. 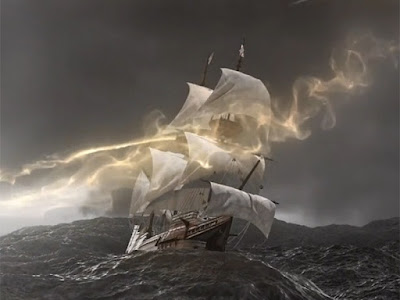 I’m not going to pick this apart piece by piece. You can read every possible reason why an American could be offended by what she wrote here. Basically, the argument is that in the entirety of this History of Magic in North America, Rowling leans heavily on American cultural stereotypes. She talks about how immigrants were discriminated against and portrays early Americans as being brutal and power hungry, blatantly dismissing truth and using religious beliefs as a basis for hate:

...the actions of their fellow No-Majs made the non-magical population of most wizards’ homelands look lovable. Not only had conflict developed between the immigrants and the Native American population, which struck a blow at the unity of the magical community, their religious beliefs made them deeply intolerant of any trace of magic. The Puritans were happy to accuse each other of occult activity on the slenderest evidence, and New World witches and wizards were right to be extremely wary of them.

Rowling goes on to discuss how the Salem Witch Trials were a pivotal moment in American Wizarding history, which strikes me as odd because I distinctly remember such things being dismissed as a pointless exercise in the books. In fact Harry wrote an essay on it in The Prisoner of Azkaban. Remember Wendelin the Weird who enjoyed being burned so much that she allowed herself to be caught no less than forty-seven times in various disguises?

Next, we get the character Dorcus Twelvetrees, an ‘oblivious’ girl who was ‘led on by her beau’s artless questions’ to divulge some of the American Wizarding community’s greatest secrets, causing a massive breach of the Statute of Secrecy. This resulted in a law requiring the Wizarding and No-Maj (the oh so American name for muggle) communities to be segregated. As we know, segregation = American stereotype.

Then, there’s this gem:


The memory of Dorcus Twelvetrees' catastrophic breach of the Statute of Secrecy had entered magical language, so that being ‘a Dorcus’ was slang for an idiot or inept person.

An unsuspecting woman is lied to and manipulated and her name becomes synonymous with idiot. Thanks.


Legislation introduced at the end of the nineteenth century meant that every member of the magical community in America was required to carry a ‘wand permit’, a measure that was intended to keep tabs on all magical activity and identify the perpetrators by their wands.

And finally, in a statement on how the American Wizarding community did not comply with prohibition:


...in one of her rare light-hearted moments, President Picquery was heard to say that being a wizard in America was already hard enough. ‘The Gigglewater’, as she famously told her Chief of Staff, ‘is non-negotiable.’

This is the last line in the series, and serves to remind the reader what a harsh and unwelcome place America is.

Oh, and notice how Rowling didn’t touch slavery with a ten-foot pole?


So, what is the difference between all of this and say, leprechauns being the mascot for the Irish Quiddich team, or characters with names like Cho Chang and Seamus Finnegan? The Harry Potter series relies heavily on stereotypes to establish familiarity (Weasley family, Dumbledore, British boarding school, etc.) but then develops them to a level of complexity that makes them no longer just stereotypes. Sure Dumbledore is a wizened, long-bearded wizard, but he also has a deep and tortured past. Same with Snape, the mean teacher who picks on our protagonist but turns out to be one of (if not the) most tragic and complex characters in the series. But Rowling dropped these new ‘historical’ tidbits without fleshing any of it out, so all we have are simple stereotypes, and at that superficial of a level people get offended. Unfortunately, many Americans (myself included sometimes) tend to turn a blind eye when other cultures are stereotyped (just look at the Beauxbatons and Durmstrang representation in the books and film), but now that it’s happening to us…it hurts.

This may have been the last straw for many Harry Potter fans who are getting tired of Rowling expanding the world by way of tweets and blog posts. All of this constantly manipulating the universe, especially after a long hiatus from it, has Rowling being unfavorable compared to George Lucas, with some wondering if it is time for her to give up the reigns completely. But since Rowling hasn't yet returned to her primary medium in full, I think it is a little premature to say that she should let other authors write Harry Potter books, which, for the record, is something she would never allow to happen. But I do agree that with every tweeted tweak and web-posted twinge she increases the risk of ruining the Harry Potter universe all together, and this recent controversy is a prime example.

What she is going for with this history would make a fantastic book. Just her description of the different American wand makers has me longing to read about a wizard who travels the Americas so I can get a taste of all the different magical cultures. Gosh, could you imagine what a Diagon Alley equivalent would be like in New Orleans?! But instead of real world building, all we get from Rowling is several superficial, seemingly half-assed promotional paragraphs.

It's sad because with this essay series, and the upcoming film and play, it seems like Rowling is doing everything in her power to NOT write another Potterverse book, when in truth, that’s all her fans really want.

---
Posted by: Tia ...who will remain an avid Harry Potter fan until the wheels fall off, but who doesn't care for what is happening with the outer-book Potterverse and who sincerely hopes J.K. Rowling does not black eye this series and who secretly (or not so secretly) wishes Rowling would just let sleeping dogs lie.