Welcome to our new weekly NERD MUSIC series, in which one of the various 'Nerds of a Feather' curates a 6- or 12-song playlist for your weekend. First up is The G… 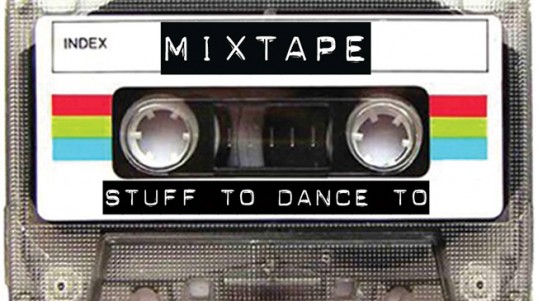 If you follow me on Twitter, you've probably already noticed my obsession with all things synthwave--a relatively new style of electronic dance music using '80s vintage synths (or emulations/samples of them), '80s production cliches (like gated reverb on snare drums) and drawing upon '80s pop culture for thematic inspiration. At the same time, synthwave is no mere retread--rather, it is a fundamentally new form of music, albeit a retrofuturistic one.

This week I've selected 12 of my absolutely favorite synthwave tracks and arranged them like any child of the '80s would--in a proper mixtape flow. Along the way you get to taste several flavors of synthwave, from the deeply nostalgic to the outrun, "teen romance" and "darksynth" subgenres--before circling round to finish with three stellar romantic synthwave tracks.  Enjoy!

POSTED BY: The G--purveyor of nerdliness, genre fanatic and Nerds of a Feather founder/administrator, since 2012.
Posted by The G at 12:00:00 PM