Microreview [book]: A Crown for Cold Silver by Alex Marshall 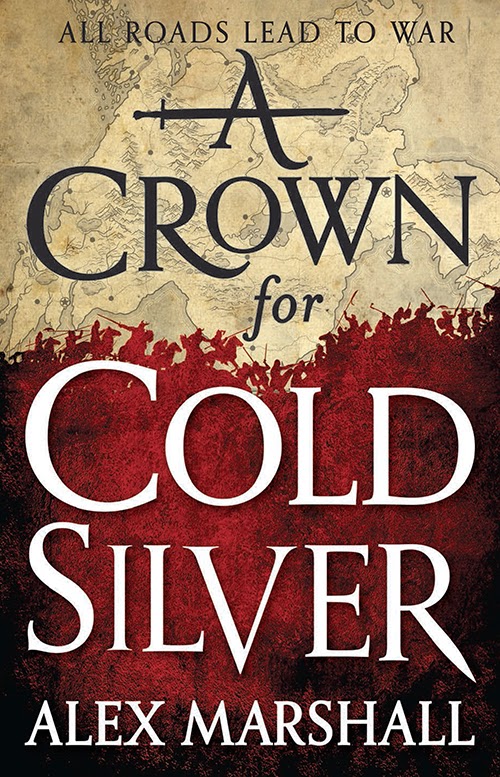 A Crown for Cold Silver tells the story of a second revolution, forged on the legend of the fiery blue-haired mercenary general Cobalt Zosia and her five villains, who together won the support of the people and overthrew the crown. But wearing the crown is not always as easy as winning it, and Zosia ended up faking her death to pass the burden of the crown to another. Now decades later, Zosia's life is uprooted and she is forced out of retirement to re-join with the villains of old to exact her revenge. 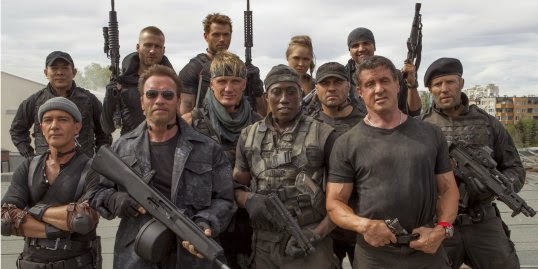 I’m glad I finished this book, because I really wanted to throw in the towel on several occasions. I trudged on maily because throughout my reading I was truly torn about A Crown for Cold Silver. The world built is utterly fantastic, I can’t deny that, but the world-building and character-building is less than. The prose during the development stages is often clunky and dull, not to mention rife with info-dumping and overtly transparent characters. But after struggling to get through my read,  I was often retrospectively impressed with the story and the world the author created.

Much of A Crown for Cold Silver is familiar, but the brilliance is in its fresh take on the familiar. The book is essentially a mercenary fantasy, but here the mercenaries are well past their prime, complaining of creaks and cramps and pot bellies. We have the traditional European model society, but with some Asian flare (primarily just in names and street decorations though), and extremely blurred gender lines. Same sex marriage is the norm and is practiced among all walks of life, from the religious to the ruling classes.

The strength of the writing is in the dialogue, and once most of the setup is done (at around the 75% mark), A Crown for Cold Silver becomes much more of a pleasure to read. I found myself laughing out loud at times and even starting to feel compassion for many of the characters that I was apathetic about most of the book. Not Ji-hyeon though, ugh.

Eventually my strategy became to read on but skip ahead whenever a character (or the author) became too loquacious. This is what allowed me to, in the end, say that I liked the book. I do wish the diversity was a little less superficial though, because women with mustaches, men who are not taken seriously because of their lack of masculinity, and Asian culture represented by paper lanterns and samurai-like swords feels a little flat.

So, do I recommend this book? Sure, but with reservations. If you are able to look past the misgivings I've mentioned, or if they aren't things that normally bother you in the way they do me, then you will be in for an incredible new world and a really good story. Personally though, I'd rather not have to put in so much effort just to enjoy a book.

Bonuses: +1 for lacing the familiar with new, +1 for tactfully incorporating diversity without overplaying it, +1 for roping me in a the end

Negatives: -1 for clunky expositionary prose throughout most of the book, -1 for the awkward but not in a good way Ji-hyeon/Sullen teen romance thing

Nerd Coefficient: 6/10 still enjoyable, but the flaws are hard to ignore