I'm pleased that Metropolis made such a valiant showing, but there's no shame, I believe, in losing to Blade Runner. I'm also quite proud of the voters for not letting the second and third films of the Matrix Trilogy negatively impact their voting on the original, which was truly a groundbreaking cinematic experience.

The All-Harrison Ford Finals are probably a shoo-in for Empire, let's face it, but I find Blade Runner being here interesting. If I may: most people are well-versed in the saga of getting the Blade Runner edit right. Originally released in 1982, with a voice over by Harrison Ford that is universally derided, it wasn't until a decade later that the "Director's Cut" came out. It was subsequently revealed that it wasn't really Ridley Scott's final cut, so in 2007 they released the "Final Cut." Nerds of a Feather founder The G and I attended a screening of the Final Cut together when it was released. I remember walking out of the theater thinking that it was certainly the best version of the movie, but it was still a movie plagued by what might've been. It's clear in the final cut what everybody was going for, but there was still a certain looseness in some of the seams. So in a way, Blade Runner is a movie about possibility — a movie with some good performances, some great performances, and some transcendent moments, that still somehow hints that it could've been even more if only...

Maybe that's why it's made it this far, and yet will certainly fall before The Empire Strikes Back. As fans of imagination and speculation, somehow the promise of Blade Runner speaks to us in a way almost nothing else can.

Or maybe I ramble. Either way, off to the voting! 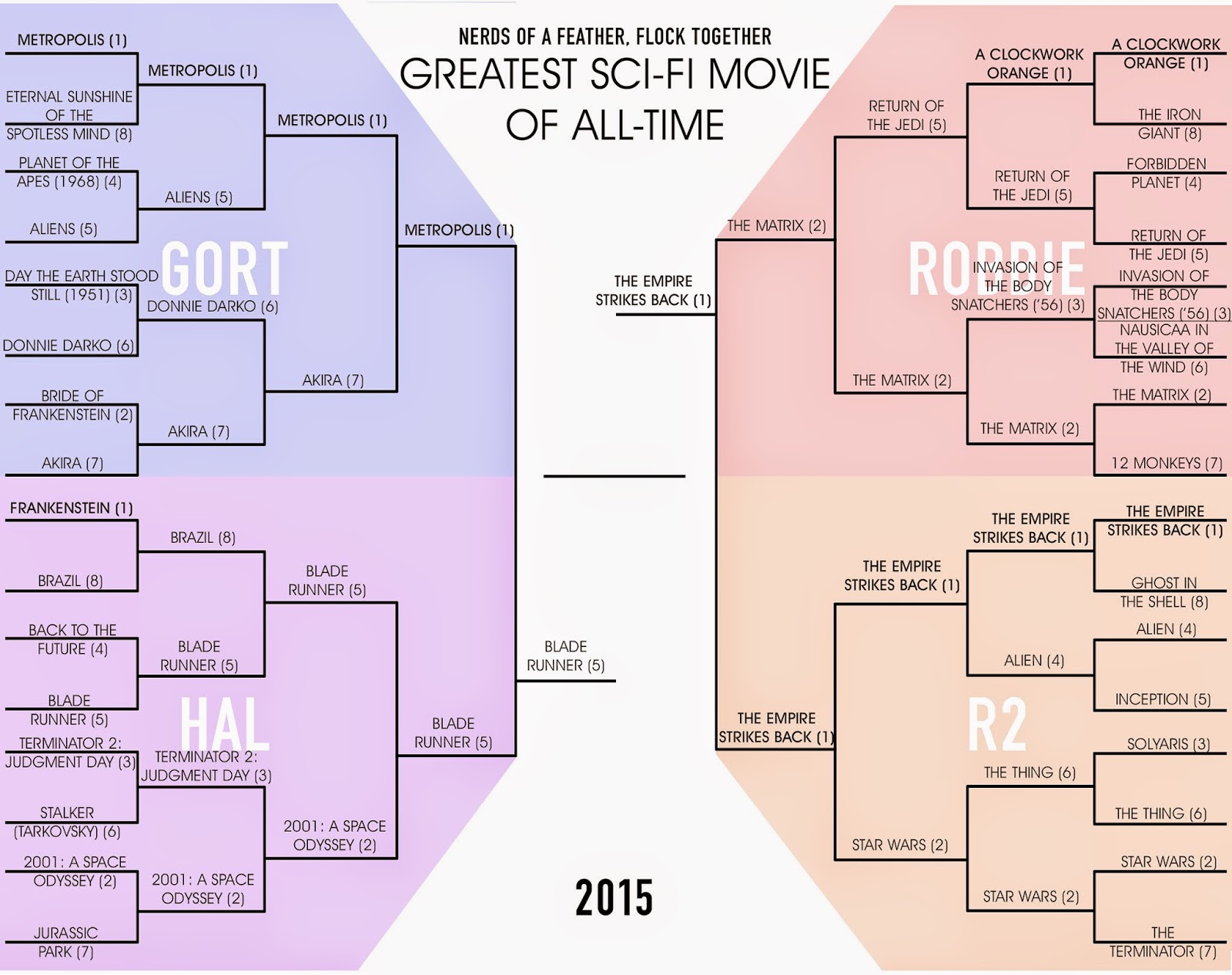 Results will post next Friday. Happy voting, and if there are any movies from this tournament you've never seen, treat yourself! They're all here for a reason.

Posted by Vance K — cult film aficionado and nerds of a feather co-editor since 2012, who couldn't be more proud of a blog that just turned three this month, and has such cute, chubby cheeks.
Posted by vkotrla at 12:00:00 AM