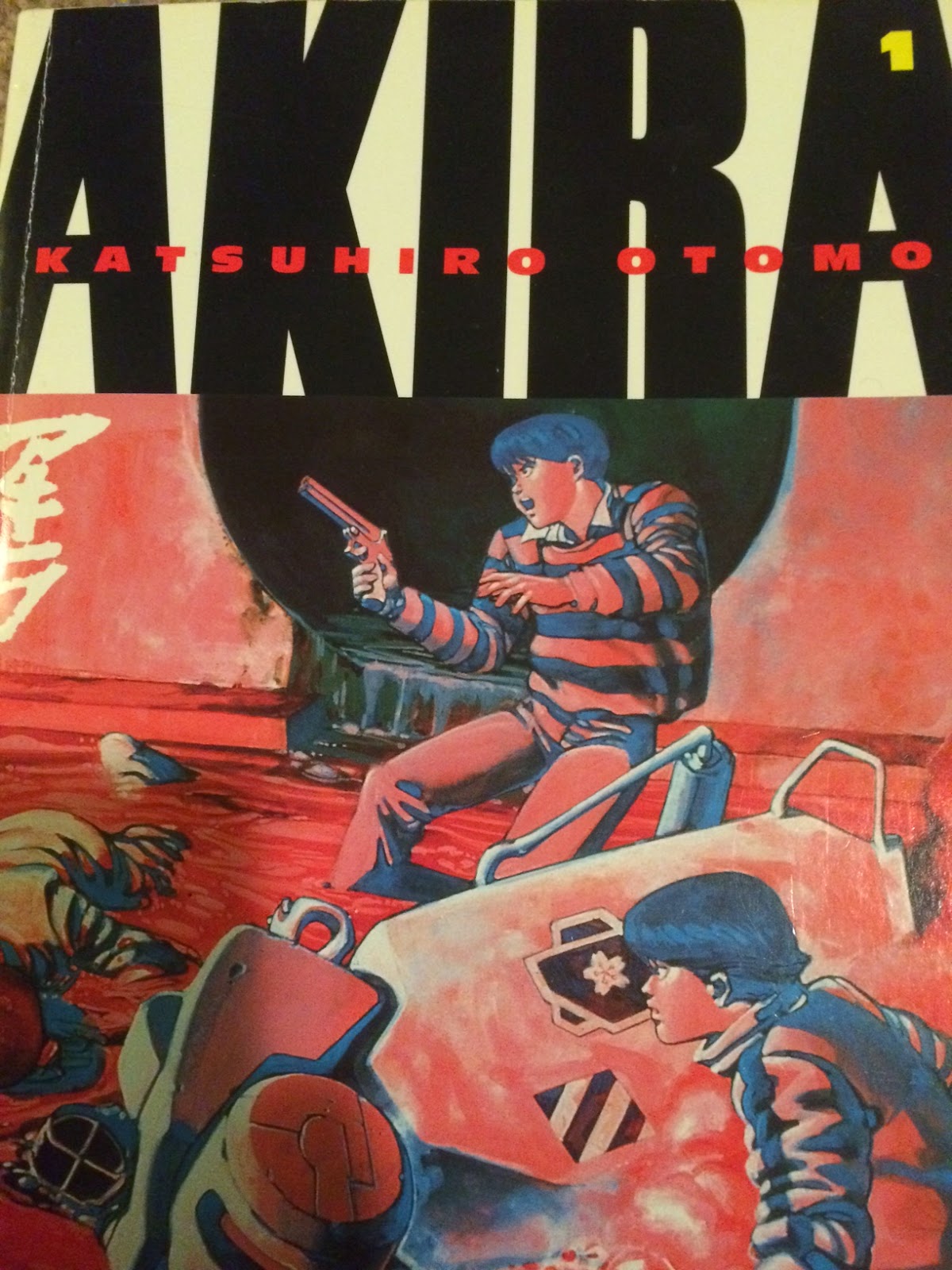 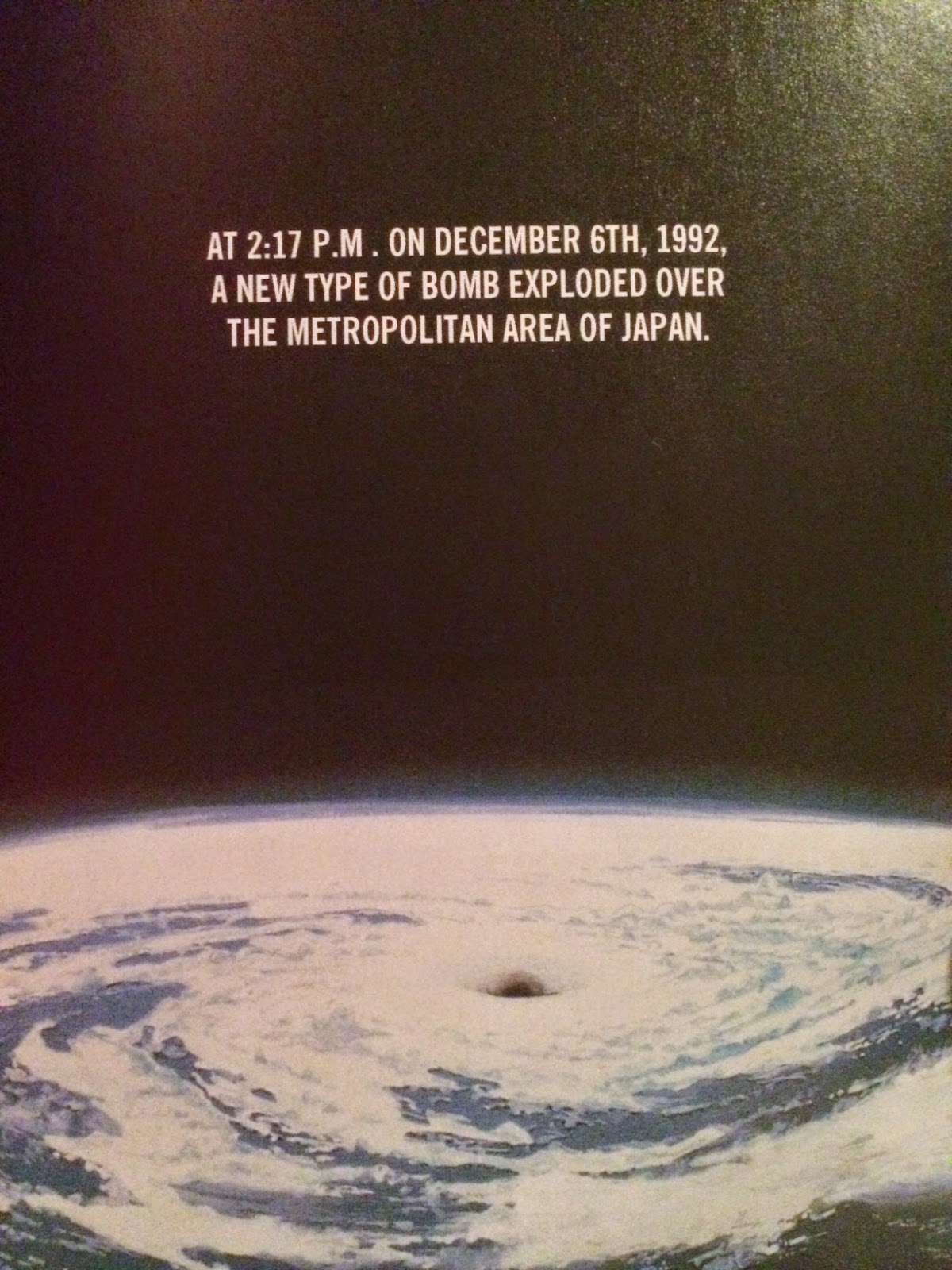 Executive Summary: In 1992 a new type of bomb destroyed Tokyo in World War III.  At the conclusion of the war, the world began to rebuild. Tetsuo and Kaneda are two unruly teenagers who are involved in a motorcycle crash with a mysterious child.  A military helicopter descends as the child appears to vanish into thin air.  Tetsuo is placed on the helicopter and carried away from the scene.  We learn that the military has been conducting experiments on human subjects with fascinating results. Some of the children have exhibited superhuman capabilities, but are unstable and one such experiment, Akira, resulted in the destruction of Tokyo. Kaneda, in an attempt to track down the child, gets mixed in with a group of rebels who seek to stop the human experimentation and military state.  When Tetsuo returns, he suffers from psychic headaches and goes on a rampage through the city and leaving behind a wealth of bodies and destruction. The first volume, of six, ends with Tetsuo returning with the General to the military facility.  He is dependent on the medication they provide and intrigued by his potential of being as powerful as Akira. 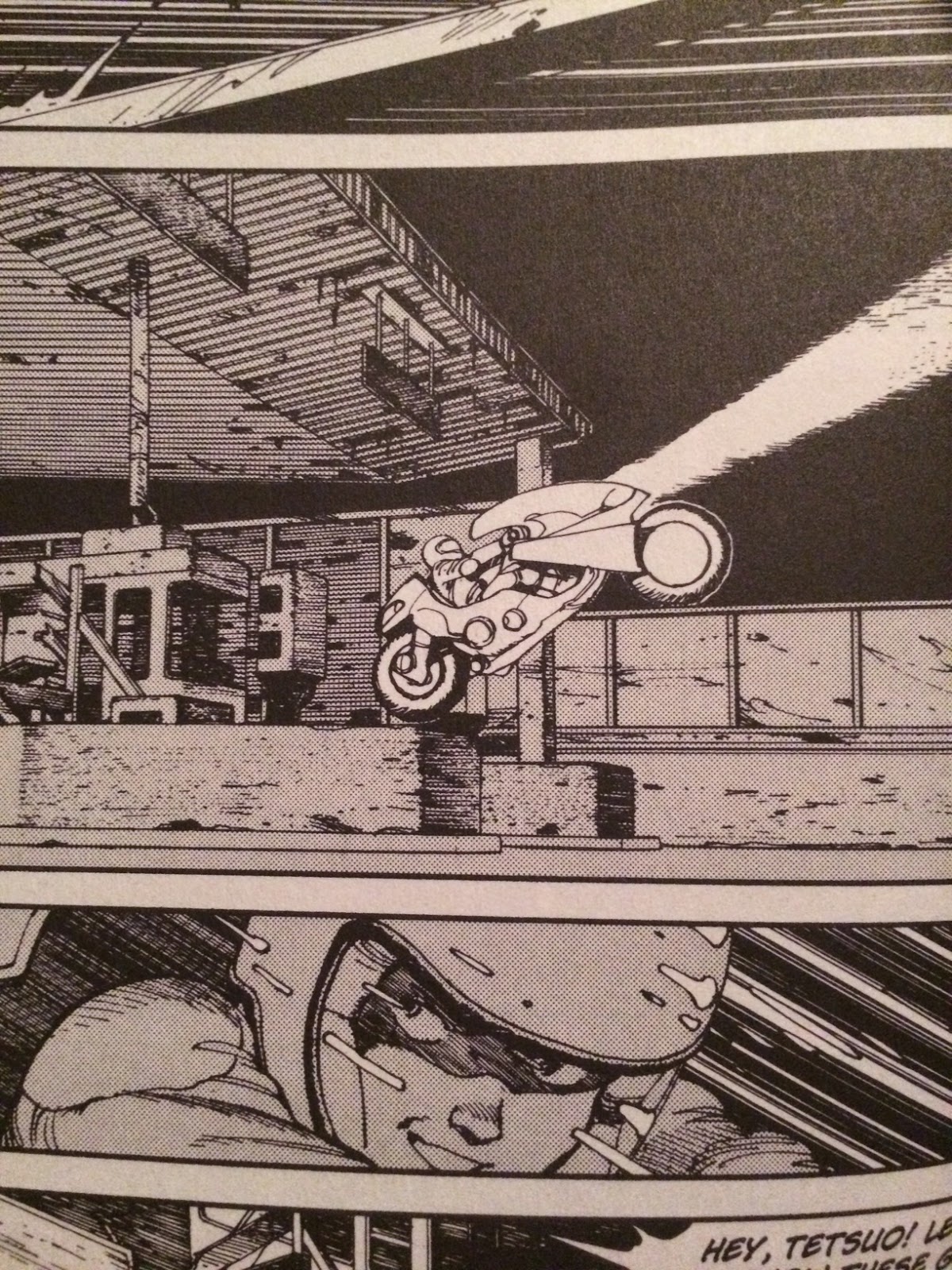 High-Tech: Kaneda's motorcycle.  Need I say more? It is one of the most iconic vehicles in pop culture for a reason.
The rest of the technology lies in the juxtaposition to what the military has compared to that of the citizens.  The medical experiments are conducted with cutting edge equipment, hover bikes patrol the cities, and a massive cryogenic chamber rests beneath the stadium grounds.

Low-Life: Clearly the rebuilding process has been difficult on the citizens and Neo Tokyo-City finds itself overrun with deviants.  Bike gangs rule the streets and there is much political unrest. 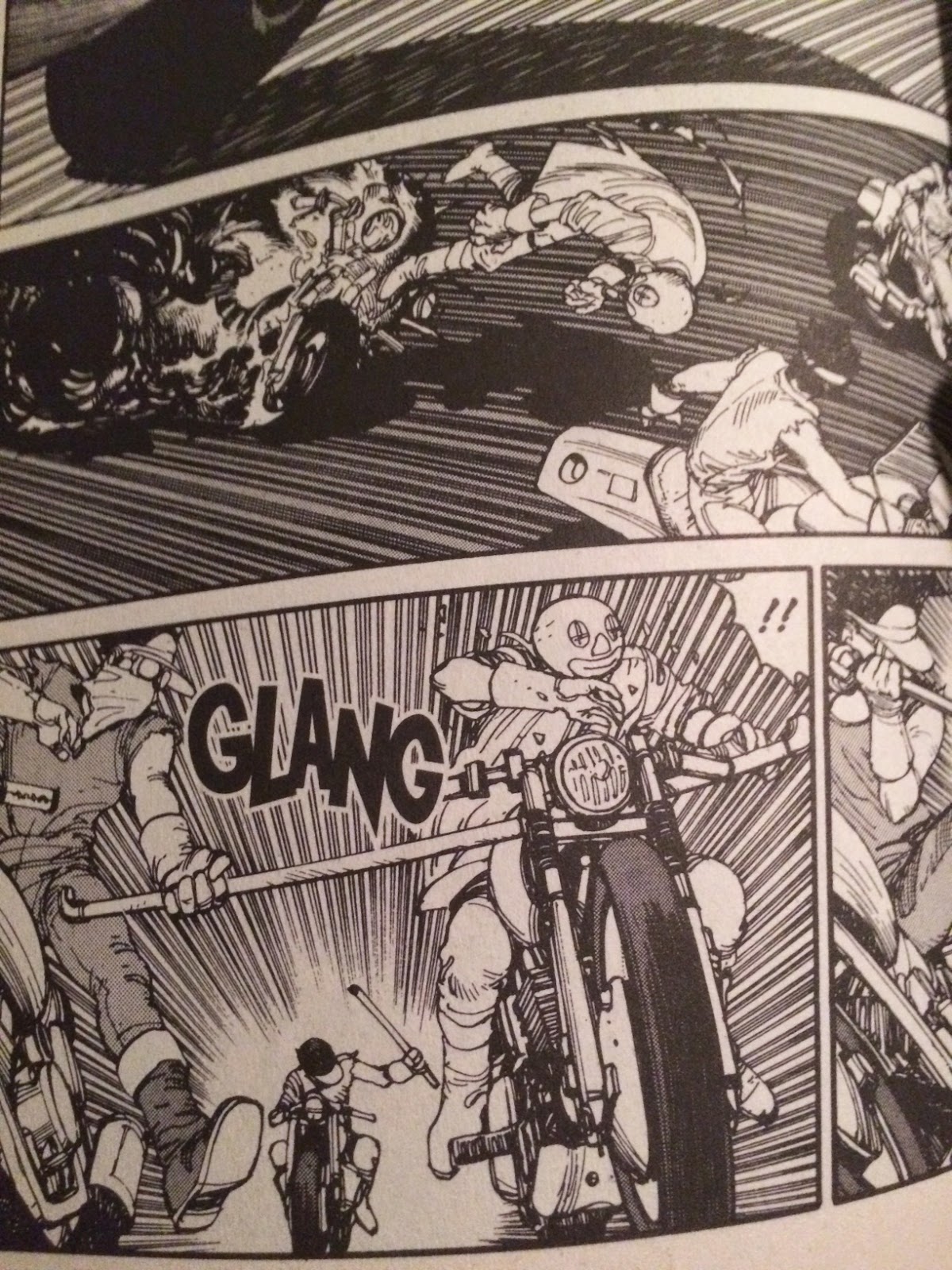 Dark Times: In their quest to create humans with weaponized psychic abilities, Akira was born and destroyed Tokyo.  Frozen in a cryogenic chamber beneath the Olympic Stadium, it is only a matter of time before he is awakened.  Despite the destruction and harm brought about due to these experiments, the military moves forward with its agenda. 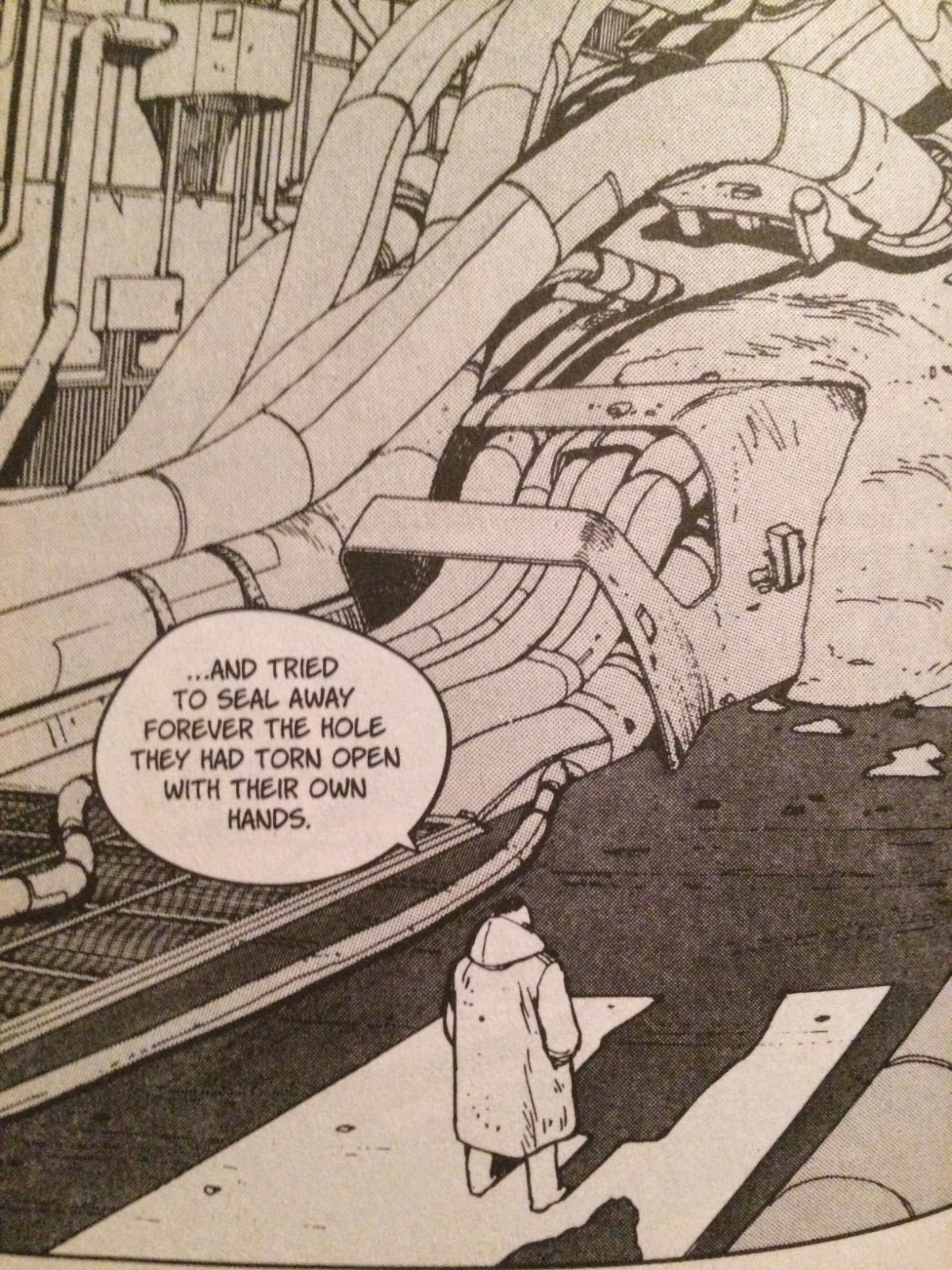 Legacy: The impact that Akira had on our pop culture landscape is massive.  While the manga is a critical success, it didn't have mainstream success until the movie hit the scene. The anime that was inspired by this series is one of the first to cross the ocean and have a meaningful impact on our culture.  It is the definitive anime with good reason.  While it does not go into the political strife and intricacies as in depth as the manga, it is true to the source material and helped put it in the hands of fans all over the globe.

If you were curious how Akira and The Simpsons would mash-up check out Bartkira.
Posted by Mikey N at 3:00:00 AM