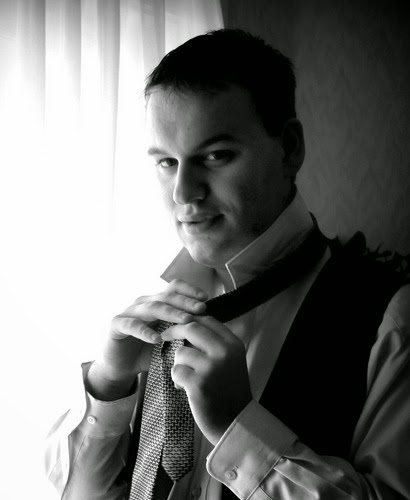 Welcome to this month's Blogtable! I'm Dean E.S. Richard, and I will be your host this month. For those of you who may not know me, I write (primarily) science fiction, including the 3024AD Short Stories and the short story 'Far', which you can read for free this week over at QuarterReads. I also love to drink and cook, and even venture outside to snowboard or kayak. Primarily, I am obnoxious on Twitter. But enough about me. Time to meet your respondents: 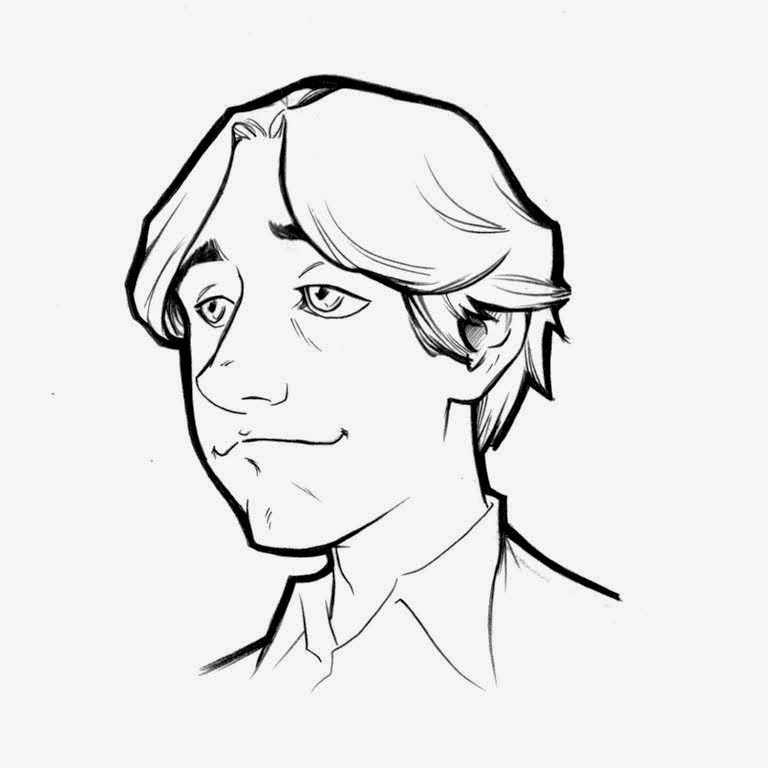 Respondent the First: SEAN E. WILLIAMS is the NEW YORK TIMES best selling writer of FAIREST: THE RETURN OF THE MAHARAJA for Vertigo, THE VAMPIRE DIARIES and SENSATION COMICS for DC Comics, ARTFUL DAGGERS for Monkeybrain Comics and IDW Publishing, and more. He co-founded the comics publishing company Comicker LLC, which launched with its Comicker Digital label in 2015. You can find him at seanewilliams.com, or on Twitter at @sean_e_williams. Comicker Digital can be found at ComickerDigital.com, or on Twitter at @ComickerLLC.

Respondent the Second: E. Catherine Tobler's fiction has appeared in Lightspeed, Clarkesworld, and SciFiction.  She was a Sturgeon Award nominee in 2013, and is currently senior editor at Shimmer Magazine. Her first novel, Rings of Anubis, is now available. For more visit www.ecatherine.com. Buy her book here.

Respondent the Third: Scott Whitmore Scott is an avid reader, and his most excellent review blog can be found here. He is just past what some may consider the midpoint of life (51 53), but likes to think he is still open-minded and (at least) partially aware of what’s going on in the world of pop culture. He has also written two three novels, his most recent being Green Zulu Five One. (ed: Update your blog bio, Scott)

In Which Dean Ponders the IMPENDING DOOM of publishing﻿!


Prompt: Nearly any commentary on publishing these days reads like a 1950's science fiction movie poster. AMAZON! INDIE PRESS! INTERNET OUTRAGE! LACK OF DIVERSITY! Lost in that mess, it seems, is the fact that people actually read a lot. It's fairly safe to assume people will keep doing so. But in what fashion? Is there a way all the present options can coexist?

Those questions come with myriad options, so let's attempt to narrow them down for the purposes of this post:

1. With the massive variety of reading options out there (ebook stores, WattPad and the like, etc), is there a way to ensure the average reader will get a quality product, or does the medium benefit from a near-total lack of gatekeepers?

2. How, in said mess of options, can authors effectively reach and build an audience for their works?

Sean: The lack of gatekeepers is a huge benefit in a lot of ways, as it allows for series that might not exist otherwise to reach the marketplace. For example, there's a large call for more diversity in YA fiction (well, in every storytelling medium), but publishers are slow to change their ways, partly because they don't know how well they'll sell, but also because they don't know how to market diverse titles.  I've seen this firsthand as a creator.  Luckily, the tide is starting to turn, like with a majority of the top-selling titles in Marvel's Buy-One-Get-One sale at comiXology being female-led series.  Things are getting better, and having an open marketplace showed that that was possible, and that it was needed.

As far as the quality question goes, readers know what they can expect quality-wise from larger publishers, such as DC or IDW.  It's something we're going for at Comicker as well.  But regardless of if it's self-published or published by the Big 2, user reviews are what people look to nowadays - either in comments, ratings, or via social media. If something's bad, people will let other people know.  It's the whole Yelp phenomenon - people will post a review if they don't like something, but they won't necessarily if they DO like it.  That's why I personally aim to only make recommendations via social media - there's so much negativity out there, I'd rather lift up the quality books than try to cut down books I don't enjoy as much.
One of the reasons I co-founded Comicker, and one of the reasons we launched with our Comicker Digital label, is because digital offers the biggest audience, and one that's growing. There are huge swaths of this country (and the world, in fact) that don't have a good comic shop or book store within driving distance, but tablets are becoming commonplace.  There's no shortage of readers out there, and from what I can see, there's no shortage of quality creators either.  There's room for everyone.

E. Catherine: "Quality product" can be defined in many ways, of course--what one reader finds to be quality, another may not. I would point anyone toward recent Hugo Award controversies as evidence of recent battles over quality, what does and does not "deserve" to have a place at the table. What one editor does not care for will find a home with another; the same is true of readers. What one person loves, another will loathe.

If gate-keepers are defined as editors and publishers, I don't think those are going to vanish any time soon, even among those who choose to self-publish. Certainly there are authors who won't bother, wanting to get their work into the market as soon as possible, but fortunately we live in an age of being able to read a sample before we purchase (oh gosh, we can do that in bookstores, too!), so readers can still determine if a work meets their own definition of quality before purchase.

If I knew the answer to the second question, about authors building and reaching an audience, I would surely be rich by now. I think audience attention is divided now more than ever--there's so much of everything. Video games and TV shows and movies and comics and tabletop games and apps and music. When everything and everyone is striving to be on top of the pile and have their voice be the loudest, it's overwhelming. I think authors have to trust that they will find their audience even if it takes a while. Love what you do, because that will come through in how you promote and speak of it to others.

Scott: I don’t think it is possible to *guarantee* readers get a quality product. First off, everyone has their own opinion on what constitutes quality. I dislike typos, but honestly if I’m paying $1-3 for an Indie author eBook I’m a lot more tolerant than I would be of a traditionally published eBook costing $10-15. As long as the story is good, I’ll give the benefit of the doubt to the Indie writer because I know what it’s like facing the choice of hiring an editor or paying your mortgage. (PS: I find typos in Trad Pub books all the time, too.)

The wide-open nature of the field these days certainly favors Indie writers. Anyone with a computer and a little knowledge can publish a book (eBook or paperback) and sell it on the web. Anyone lacking the computer and/or knowledge can hire someone with those things to publish a book for them. I’ve helped a couple people do it for free. Personally, I like that it has become easy for people to express themselves creatively.

Now, for readers this is a Good News/Not So Good News situation. There are many, many more books to choose from, some exploring topics previously ignored by Trad Pub (which usually focuses on playing it safe over being inventive) and this is Good. But having so many options can be overwhelming, paralyzing readers who just want to easily find a good book, and that is Not Good. Generally Indie books are much less expensive and that is Good. Stories that are poorly written or technical deficient, and there will be some (many?), are Not Good.

Now may be a good spot to discuss reviews. Ideally, reviews should help readers and writers equally, steering consumers to works they are likely to enjoy while letting substandard authors know they need to work harder. Unfortunately, we all know there is a lot of “gaming the system.” Recently, I’ve seen a surge in the number of websites offering glowing reviews for a fee, and I have been contacted a couple times by writers suggesting a “5-star swap” in which I praise their book and they praise mine. There are even books on how to set up “review circles” and create false personas for writing multiple reviews of the same book. Looking past these ethical lapses, even honest reviews from readers can be misleading and/or useless. My favorite is a one-star review of a novella featuring space ships on the cover: “Too much sci-fi.” One may wonder why the reviewer bought the book in the first place but the bottom line is the review tells me nothing about whether the book is worth my money.

Ok, seriously, I think it starts with the writing. The cliché is “the cream rises to the top.” Your story must be compelling, inventive, exciting, mind-blowing, engaging, cool — pick an adjective. What comes next is a bit of a “chicken or the egg” deal. When the story is good enough, you’re going to get readers who will want to tell someone they know about it, and maybe write a positive, useful review, too. But to create that lovely word of mouth you’ve first got to get the story in front as many mouths (and eyes) as possible. Social media blitzes, free giveaways, contests, and targeted adverts are all options. But remember how egalitarian the whole deal is these days? Yeah, everyone else is doing the same things. How to stand out in such a crowded field? I just don’t know (see above re: my Dodge).
Posted by Dean E.S. Richard at 12:30:00 AM