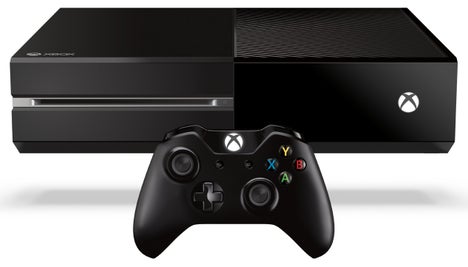 the next generation is here!

It's been eight years since the last generation of Microsoft's gaming console, the Xbox 360, was released. That's only one year longer than the length of time between the releases of the original Xbox and the 360, but it has seemed like an eternity. Microsoft is a few months behind Sony in announcing their new console, but both will be available for this year's Christmas season. Parents, start saving now! Although Microsoft hasn't released the actual cost yet, rumors are that the console will run from $400-$500 depending on the model. However, if you sign up for an Xbox Live online service subscription when you buy the box, the cost could be closer to $300. the guts that make it go

Although rumors are that the PlayStation 4 will have a bit more power to its punch, the Xbox One is no slouch in the spec department. It will use an eight-core AMD Jaguar processor to chew through anything developers can throw at the console. The memory will be 8 gigabytes of DDR3 RAM. Supposedly the PS4 will use the newer GDDR5, but there are very few pieces of software that make full use of 4GB of CPU RAM today so the 8GB in the Xbox One should be more than enough to handle most anything that comes along until it's time for the "Xbox Two." Finally, the next-generation Xbox will come with a 500 gigabyte hard drive. This is the only area where I can see some potential issues arising. Microsoft is already making a push to sell their games over Xbox Live by downloading them directly to the hard drive. Rumors are that they will attempt to drive consumers even further in that direction. Currently it's only older games and Xbox Live Arcade titles that are downloadable, but the new console will likely offer new releases for immediate download. Some reports are saying that even if you buy a hard copy on disc, the console will automatically download the game to your hard drive the first time you put it in the disc drive. While it will take some doing to fill up 500GB, hardcore gamers will be able to do so. Microsoft's answer is cloud-based memory that may or may not be included in the cost of your Live subscription.

The Kinect will be bundled with all new console packages. This doesn't bother me too much as long as it doesn't raise the overall cost. I understand that Microsoft is trying to grab a piece of Nintendo's family gaming pie, but for hardcore gamers like myself, it doesn't offer many attractive options. If I want to play a game standing up, I'll go to one of my friend's houses and use their Wii. While I'm glad that my mom uses her Wii to play Dance Dance Revolution for her cardio workouts, I prefer to go to the gym for exercise, then come home and play Call of Duty on my butt.

Both Microsoft and Sony are looking for ways to remove a thorn that has been in their respective sides for some time. I'm talking, of course, about used games. Some games have already started to use codes to prevent players from sharing discs with their friends for free. Mass Effect 3 is one game that comes to mind. The disc came with a redeemable code that was necessary to access the online portions of the game. If you bought the game used from Gamestop or another pre-owned game outlet, you had to purchase a new code in order to access the online multiplayer portions of the game. 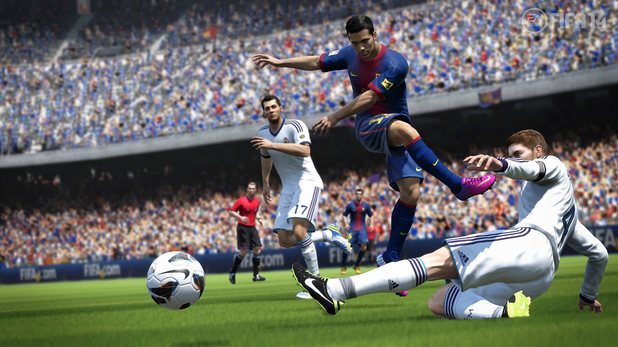 In order to bypass this loss of income, Microsoft is rumored to make all of their games require some sort of code to play the title. You'll be able to take games over to friends' houses, but you'll have to download your Gamer Profile in order to play. If you want to loan a game to a friend, they will have to pay a fee. This requirement, coupled with the push toward downloaded games over discs, likely signals the death knell for traditional video game stores that make a significant amount of their income by re-selling used games. While I rarely buy used titles, I enjoy the option, especially with older titles that had questionable reviews. If I don't like the game, I can rationalize the expenditure due to its lower cost. There are also rumors that a fee will be required to play games you already purchased for previous consoles. While I can understand their desire to get their slice of the pie with regard to used games, this rumor, if true, is going too far. It's one thing to make people pay for games they borrowed from friends. It's quite another to make me pay for a game I already gave them sixty bucks to play. I'm NOT paying for the same game twice. I'll keep my 360 around rather than give in to this bit of technological extortion. 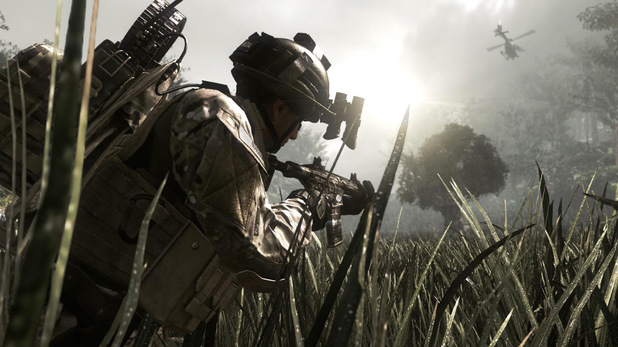 The Xbox One will offer a bevy of new options that aren't available on the 360. First and foremost, it will finally catch up to the PlayStation by adding a Blu Ray player to its hardware. It will offer full 1080p HD resolution for both games and movies. The current Xbox 360 has the ability to play games at Blu Ray level resolution, but when it first came out it maxed out at 720p/1080i. If you were lucky enough to avoid the Red Ring of Death and you still have one of the early consoles, it can't take full advantage of that new 1080p HDTV you got last Christmas.

As with Microsoft Windows, the Xbox One will allow you to run multiple apps at the same time as your game. They claim there will be no loss of performance while running multiple simultaneous software applications. Microsoft says that gamers will be able to jump between apps, games, and video instantaneously without having to quit one in order to start another. This option will be helpful in making the Xbox One into the all-inclusive entertainment center they're aiming to create. With its Dolby 7.1 surround sound, Microsoft hopes to replace your DVD/Blu Ray player, stereo, Netflix/Hulu streaming units, and any other gadgets you currently have in your entertainment center with the single Xbox One console. Gamers will also be able to use a new split-screen option to watch movies at the same time as they converse with their friends over apps like Skype and Facebook. With all of these built-in tech apps, I believe Microsoft will likely succeed in their goal of being the lone entertainment unit in many homes.

While there has been plenty of controversy surrounding the new Xbox One, most of it comes from ancillary issues that the majority of Xbox users won't really notice when they upgrade from their 360. Personally, I'm really excited about the new console. Microsoft seems to have backed off from their early rumor leaks that the machine would require a full-time Internet connection, which was the main complaint many fans were making about the new console. However, an always-on connection will help maximize the console's capabilities. I'm interested to see where they end up with regard to many of these rumors.

I have a pretty powerful CPU tower that tears through anything I've thrown at it, and the specs of the Xbox One blow it out of the water. I can't wait to get my hands on the new console to see what it can do. Microsoft, if you're reading this, I'd love a free box so I can give an early review of your wonderful new toy! If not, I'll still be one of the first in line to pick up the new Xbox One. I've been ready for a next-gen console for a few years now. Although the Xbox 360 is still churning out some pretty good games, its capabilities have been mostly maxed out. It's time for a more powerful gaming machine, and we're almost there! The Christmas season and subsequent Xbox One release can't get here fast enough.