“It’s the best show on NBC.” This is how my buddy sold me on Hannibal. Not exactly a ringing endorsement. Community is an unmitigated tragedy. Parks and Recreation is, for reasons I’m not exactly sure about, one of the most overhyped TV shows—following a close second to that utter piece of shit that is The Big Bang Theory. Plus, the cancelled Law & Order. (Fortunately, it's only 17 hours a day on basic cable.) But, with Justified’s season over and Breaking Bad months away, I figured I needed a good weekly crime show to watch. I’m an obsessive, though. It wasn’t enough that I caught up on the show in a week, I decided that I’d watch every Hannibal film. In fact, I had to watch them. Great idea? Probably not, but here are my rankings anyways. 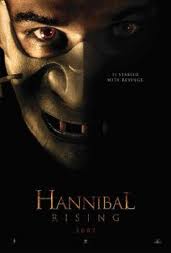 5. Hannibal Rising
A truly terrible—and unnecessary—film. Whereas the rest of the Lecter films go big on suspense, Hannibal Rising is essentially a vengeance fantasy. Here’s the gist: Back in his native Lithuania, a young Hannibal and his family are caught up in the waning days of the WW2. A group of thugs who’d been working as Nazi irregulars hide from the Soviets—who had a penchant for hanging Nazis—and eat Hannibal’s little sister. So naturally, Hannibal will get his revenge—and eat faces in the process. Pretty much everyone involved in this film should be ashamed. Even Thomas Harris, Hannibal’s literary creator, who wrought the story. He at least wasn't thrilled about it, but a paycheck is a paycheck. The cast is made up primarily of Euros, thus bad accents and awkward delivery abounds. Gaspard Ulliel, playing the young Hannibal, doesn’t do much beyond smirking and trying to look evil. And at some point in the film Dominic West gives up speaking with a bad French accent. Paychecks. 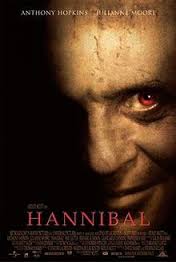 This actually may be a worse film than Hannibal Rising simply because of the caliber of artists responsible for this boring mess of a film. Well, maybe not Ridley Scott, no stranger to making shitty films over the last few decades. Jodie Foster and Jonathan Demme were wise enough to pass on participating in the film. Julianne Moore tried, more or less, but Agent Starling doesn’t really have much to do in this film other than obsess over Lecter in a basement at FBI headquarters. Anthony Hopkins pretty much smirks, speaks eloquently, and little else. The first third of the film will fool you into thinking the movie might be good. The middle third bores, the last act infuriates. And then the final scene: Hannibal feeding some kid a bit of Ray Liota’s brain. I found the scene offensive, mainly because it was so dumb. (I'm more or less agnostic when it comes to eating Liota's brain.) Dumb—that pretty much describes the film. At least Hannibal Rising is fun to mock. 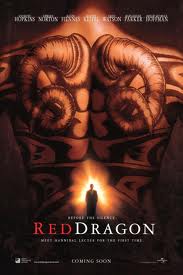 3. Red Dragon
I don’t remember this film coming out when it did, which was probably a result of the trauma Hannibal induced after I had spent good money to see it. So when Bret Ratner’s directorial credit appeared on the scene, I thought, “Dammit, this is going to suck.” (I still cannot forgive him for what he did to the Dark Phoenix Saga.) But Red Dragon was actually pretty good. The plot moves, Ralph Fiennes play the Tooth Fairy with considerable restraint and creepiness, Hopkins partially makes up for being in Hannibal, and Edward Norton is pretty much Edward Norton. (An aside: Why did we at one point think this guy was the next de Niro? Of course, we was great in Rounders.) The murders were kept fairly simple and therefore, unlike the the serial killers on Dexter, the carnage is anything but cartoonish. In fact, the Hannibal show would have been better served by sticking to such realist brutality—you know, the kind that actually disturbs us—than the overelaborate, overwrought, overthought killings that populate the show. 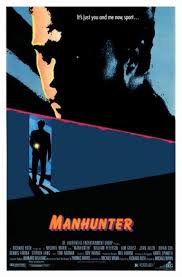 Red Dragon is an objectively better film than Manhunter, but our #2 gets bonus points for being made in the eighties. And it feels eighties, but in a good way, like Prince or gratuitous nudity in teen comedies. The poster alone screams cocaine and Ronald Reagan. There’s a lot wrong with the film—William Petersen’s inconsistent performance and the very silly violent ending—but none of that bothered me as I watched the film. In fact, I was amazed that I was actually enjoying one of Michael Mann’s movies. Tom Noonan’s portrayal of killer Francis Dolarhyde may actually have been better than that of Ralph Fiennes. Noonan’s Tooth Fairy killer is awkward, quiet, sensitive, and very disturbing without doing all that much. The main drawback of the film is that Brian Cox, despite offering a Lecter almost as chilling as Anthony Hopkins’s, is not given much screen time. Still, a lot of fun. 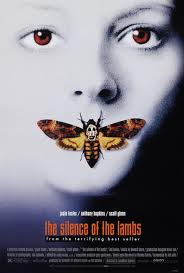 1. The Silence of the Lambs


This is the Die Hard of the psychological thriller/serial killer film: Genre defining. One need only watch Manhunter and Red Dragon back-to-back to see the impact this movie had. And it’s still chilling as fuck. I don’t think I need to elaborate further.
Posted by Philippe Duhart at 12:00:00 AM