The first "season" of Morning Glories came to a beautiful finale in a double-size issue that answered a fair number of questions and painted a scenario in which Morning Glory Academy may actually be vulnerable in "season" two.  Add to that issue #3 of Age of Ultron, the 2nd in the Sixth Gun spin-off Sons of the Gun, and issue #1 of Savage Skullkickers, part 2 of issue #1 of Uncanny Skullkickers and I am left with a difficult choice in selecting a pick of the week.  Without further ado. 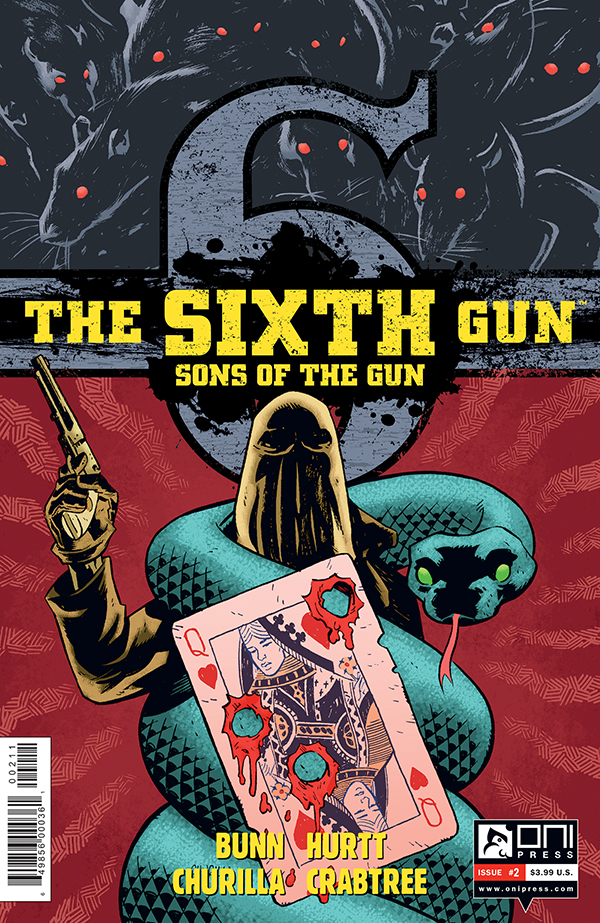 Pick of the Week:
The Sixth Gun: Sons of the Gun #2 - I can't get enough of the world that Cullen Bunn has created and am both excited and terrified of the fact that they are currently shooting a pilot based on the series.  I am excited because Bunn deserves this type of recognition and it has amazing potential, but terrified because it will be compared to the comic which wouldn't be fair.  This five issue spin-off examines what happened to General Hume's henchmen after his downfall.  In this issue we see what happened to Ben, who wielded the gun that inflicted horrible disease onto its victims.  What made this book such a success to me, is that we see a completely different side of Ben and begin to sympathize with an individual who was one-dimensional (pure evil) in the Sixth Gun.  I don't want that to sound of a criticism of his character in the Sixth Gun, because in no way is that the intent.  It is just that by creating this spin-off we are able to learn more about the universe Bunn has created and can further explore the complex cast of characters that he has created.  Even if you haven't read the Sixth Gun, you should give the world a try by picking up this spin-off.  You won't be disappointed.

The Rest:
Morning Glories #25- Stunning end to the first season of one of my favorite ongoing series that will cause me to begin the reread from issue #1 and I couldn't be more excited to take the journey again.

Age of Ultron #3 - Brian Michael Bendis is doing an amazing job in the only Marvel title I am currently reading that can compete with Mark Waid's Daredevil.

Savage Skullkickers #1 or Skullkickers #20 - A genuinely funny book that has lead me to the decision that I should have been reading this title since issue #1 and you can check out for free here.
Posted by Mikey N at 5:00:00 AM