One of my friends has been giving me a hard time because I rarely pick a superhero comic as my pick of the week despite the title of this feature.  It looks like he is going to win again because another issue of Saga dropped.  In addition to that, Brian K. Vaughan, author of Saga, partnered with Marcus Martin to release The Private Eye, an online only, pay what you want, title.  You can pick up the first issue for whatever you are willing to pay here.  Set in the U.S. in a future that has no internet, Martin thought an online only distribution made the most sense.  I like his style. 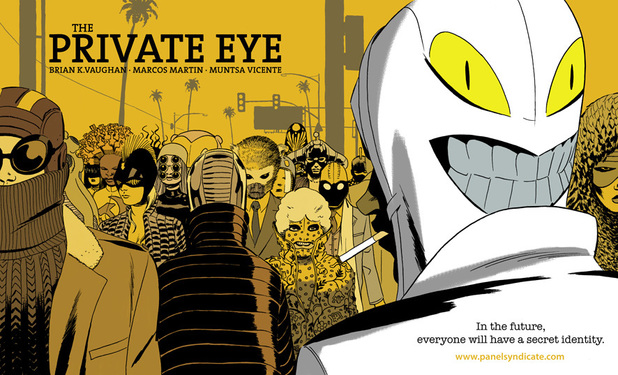 As for superhero titles, I currently don't like the direction that Marvel is taking with the Avengers or Captain America, but love Daredevil, Hawkeye, Deadpool, and have been really enjoying Age of Ultron.  From the other big publisher, the Batman titles are quite strong, but I honestly didn't have the budget to try as many of the New 52 titles as I would have preferred.  I enjoyed where Swamp Thing was headed and Animal Man, but had to make tough cuts to keep the weekly costs down.  I also feel that the lack of superheroes taking the top spot speaks to how the industry has grown creatively in recent years.  On to the pick of the week! 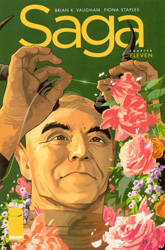 Pick of the Week:
Saga #11 -  While I absolutely love the pacing, the plot, and the characters, I am starting to think that the art of Fiona Staples makes this title.  The language is vulgar, some of the scenes are disgusting, large alien creatures are often fully nude, yet Staples has produced the best looking book on the market.  This issue featured more pages void of dialogue than previous entries, but maintained the same level of humor, emotion, drama, and further connected the reader to the characters.

Another element that makes this title so successful, is that clearly the reader cares about the star crossed lovers and their child, but even the individuals that are seeking the bounty on their heads are complex and quite likable.  I feel like this title exists almost exclusively in the grey and that is what makes it so intriguing.  The comic medium also feels like the perfect fit for the world and characters that Vaughan and Staples have created.

The Rest:
The Private Eye #1 - Fast paced first issue for a series that feels reminiscent to Frank Miller's Hard Boiled and was a pure joy to read.

Deadpool #6 - The Deadpool vs. Zombie Presidents mini-series comes to a humorous and gory finale that was quite satisfying.

Daredevil #24 -  Daredevil is dealing with heavy issues in addition to trying to solve the mystery of who is trying to replicate his powers in what is my favorite superhero title on the market today.
Posted by Mikey N at 5:00:00 AM