wait a minute, I thought the Locust were gone!

Didn't Marcus Fenix finish off the locust threat at the end of Gears of War 3? What's going on here? How can there be more Gears of War? No, your memory isn't failing you. Gears of War: Judgment is a prequel to Microsoft's bestselling third-person shooter franchise. The events of the game take place in the period right after Emergence Day, when the Locust Hordes came out of hiding and started to wipe out all human life on the planet. 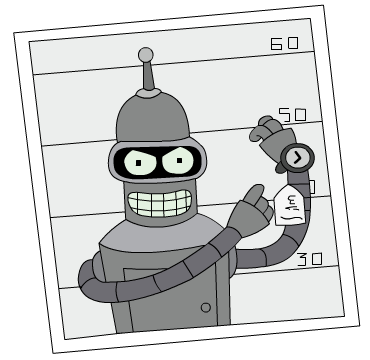 Unfortunately, John DiMaggio (also the voice of Bender Bending Rodriguez on Futurama) has not returned to voice Marcus Fenix, the protagonist of the last three Gears games. However, the inclusion of two of my favorite characters in Damon Baird and Augustus Cole "Train" mostly made up for the missing Mr. Fenix. Marcus didn't provide much humor to the game, but Baird's smart-ass attitude and Cole's corny one-liners returned to keep much of the familiarity that Gears fans have developed with the characters over the years intact.

No marcus fenix? How did that work out?

Even without the series' main protagonist, it manages to be a very enjoyable experience. Your squad is made up of the Cole Train, Sofia, Paduk, and Lieutenant Baird. Augustus Cole and Damon Baird have been two of my favorite characters since the first game, so if it had to continue without Marcus, this is probably the best alternative they could have chosen. Baird's smarmy mouth is legitimately funny and the Cole Train, while often over-the-top in his use of cornball one-liners, is probably the most "lovable" character in the series (if there can be such a thing in a post-apocalyptic, violent shooter). Kilo Squad is filled out by Sofia Hendrik, a green cadet who is torn between following COG command orders and helping her loose cannon squad mates. The final member is Garun Paduk. Paduk used to fight against the COG before Emergence Day for an outfit called the Union of Independent Republics. He has a Russian accent so it has all the feel of a former communist soldier working with US Special Ops forces. He still holds considerable animosity for the COG, despite the fact that he's fighting on their side in order to get revenge against the Locust.

The story takes place in a sort of re-telling by the four characters as they face a court martial led by Colonel Loomis. As you go, you learn that Baird and Kilo Squad disobeyed direct orders in an attempt to kill Karn, a Locust monster that destroyed Paduk's hometown and is currently attacking a COG stronghold called Halvo Bay. Colonel Loomis' insistence on finishing the court martial, despite the fact that the building in which it is being held is under Locust attack and literally falling apart around you, is dedication bordering on idiocy. Loomis is an extremely unlikable character and I found myself really hoping I would get to watch him die before the end of the game. I won't go too in-depth into the plot so I don't get spoiler complaints. I just want to add that I was impressed by the way they switch point of view as the story unfolds. You play as Baird, Cole, Paduk, and Sofia as each is interrogated by Col. Loomis. It had a nice George R. R. Martin feel as you learned each character's motivations in their telling of the game's events.

The gameplay is pretty much the same as in previous Gears games with a few big differences. The controls are all the same. There are still collectible COG dogtags hidden around corners near COG logo spray painted tags. One of the new types of play they've added is essentially the popular multiplayer Horde Mode from Gears of War 3 peppered throughout the game. When defending Jack or waiting for a squad member to open the next areas, the game sends wave after wave of enemies at Kilo Squad. Horde Mode was one of the most popular multiplayer modes in Gears 3. While at first it seemed like they might be trying to squeeze too much into the campaign, the in-game Horde wave attacks were actually a lot of fun. There weren't so many that it became annoying, just enough to change things up a bit. Personally I thought it was a great decision to include it. The programmers added just the right amount to switch up the action without it becoming too big a part of the overall gameplay.

The biggest change to the game is the declassified missions. I'll admit to being a bit confused by these at the beginning of the game. At first I thought they were some sort of side mission. However, I quickly realized they are optional challenges that you can do on most levels if you so choose. They usually consisted of some sort of weapon limitation, environmental obstacle, time constraint, or more/stronger enemies. Here are a few examples:

You get the idea. I decided to do them all and found they didn't make the game too difficult, but rather added another dimension to an already enjoyable experience. In order to start the declassified missions, you had to approach the light pink COG emblem at the beginning of every scene (see picture below). Press 'X' and it tells you what limitations the mission offers. You can still decide against accepting the mission after you've seen what the challenge has to offer. Each level awards 1-3 stars for varying amounts of completion. These stars go toward leveling up your multiplayer character. By accepting the declassified missions, you greatly increase your chances of earning all three stars. If you only plan to play this game for the campaign then this doesn't really do much for you. However, if you plan to get online and mix it up with some real players, it's worth it to take the missions in order to help improve your chances of survival in online multiplayer maps. 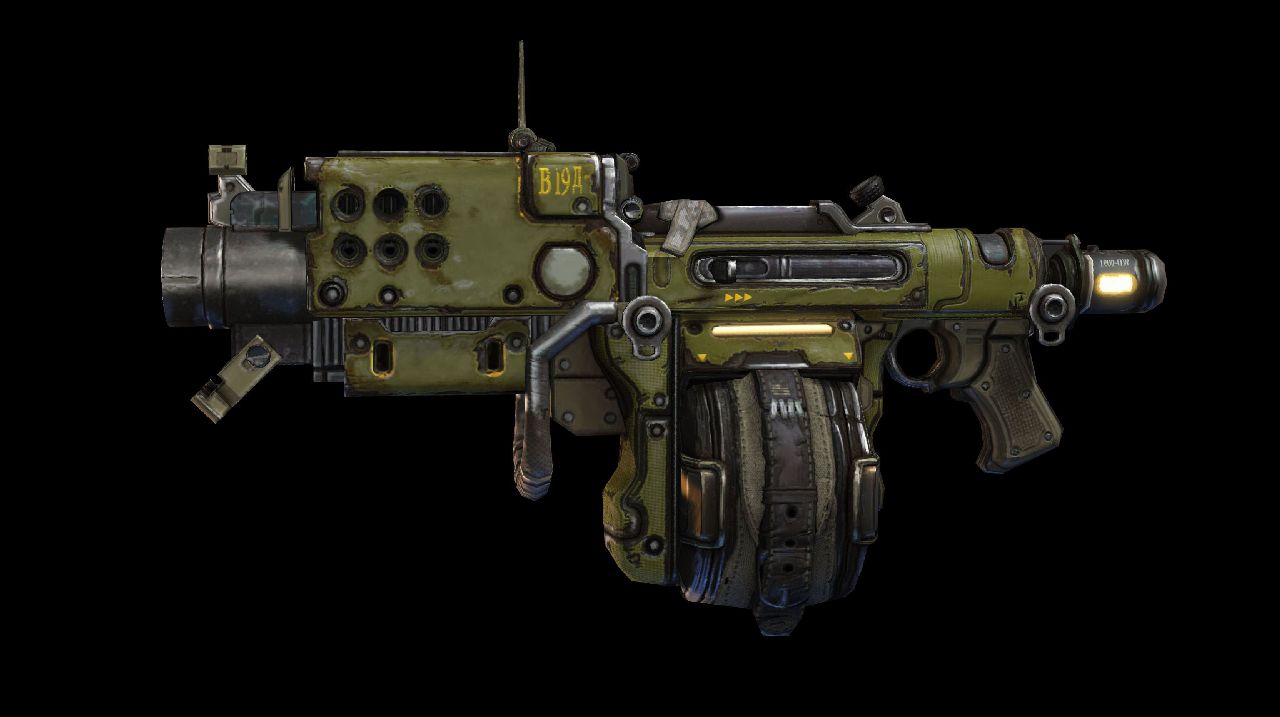 There are some new weapons in the game that compliment the familiar crop of the Lancer, LongShot, Boltok pistol, Gnasher shotgun, and the rest. Several of the new guns come from Paduk's former army, the UIR. The Booshka (pictured above) is a semi-accurate grenade launcher. The Marzka is a sniper rifle with some models featuring a scope and others without. They also added a healing stim-grenade that raises the squad's health when standing within a short distance from the thrown device. This came in handy, especially during the Horde Mode-ish waves of enemies. One other addition is auto-turrets. They're really worth looking for any time you see that clock appear at the top of the screen that says the first Horde wave is coming in 1:29. They weren't available every time Kilo Squad faced waves of enemies, but they were there most of the time. After fighting my way through three or four waves of enemies, then finding a turret around the corner, I swore to always take time to run around the area to see if there were any I could set up in the time allotted to prepare. I suggest you do the same.

One change I really appreciated was the programmers taking out the previous game's tendency to give you random weapons at the beginning of each level. In the first three Gears games, it often didn't matter what guns you ended a level carrying. You started the next level with a Gnasher shotgun whether you wanted it or not. In Gears: Judgment, when you finish a level with a LongShot and a Torque Bow, you start the next level with a LongShot and a Torque Bow. Not only does this help with continuity, it kept me from screaming, "Where's my #@&%ing LongShot?!" at my television. The obvious exception to this was weapon limitations in the declassified missions. However, that is a choice you make, not one that is made for you by lazy programming. A big thank you to Epic Games for finally taking care of this annoying glitch! The Aftermath is not only the name of my summary section, it's also the name of a short additional story line that you unlock by playing the main campaign. It takes place during the events of Gears 3. Baird, Cole, and one of the Carmine brothers (who I can only assume is there to die like the rest of his family) meet up with Paduk and attempt to find a seaworthy vessel to take the fight to the Locust. This was a nice plus at the end of an already satisfying campaign. It was like getting DLC you didn't have to shell out ten bucks to play. Very cool.

While this game definitely had a different feel than previous Gears of War games, due both to the lack of Marcus Fenix and the addition of the various gameplay options like declassified missions, it was just as much fun. If anything, it lacked the sense of urgency that came with other Gears games. When the outcome is certain, you're not so stressed out about saving mankind. However, I think fans of the franchise will have as much fun as I did with this newest entry in the Gears universe. It probably isn't the place to start playing Gears because so much backstory would be necessary to catch you up to the previous (future) events, but if you've already played the first three, there is no reason not to pick up Gears: Judgment for your collection. Happy Locust hunting!

Bonuses: +1 for being fearless in experimenting with this bestselling behemoth of a series.

Penalties: -1 for not including Marcus Fenix. I don't know if John DiMaggio declined to take part or they just wrote him out, but it feels a bit weird having a Gears game without him.