The MCU is looking less and less like a continuous story, and more and more like a subscription plan you can never opt out of 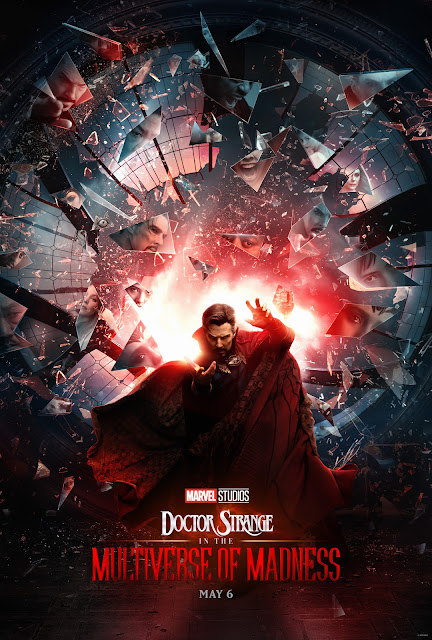 Despite the refreshing shift in visual style brought into the MCU by director Sam Raimi, Doctor Strange in the Multiverse of Madness is far from the milestone it was expected to be. The ongoing saga of the Avengers was supposed to expand into a wealth of possibilities with the addition of alternate realities, character variants, and reclaimed franchises just acquired by Disney from Fox. But what this movie delivers is smaller than the sum of its parts.

Early announcements for Multiverse of Madness appeared to promise that the story would center on the character of Stephen Strange and the consequences of his reality-breaking spell in Spider-Man: No Way Home. Indeed, this seemed like the right moment to bring back the lingering threat of Mordo, the wizard-turned-wizard-hunter we met in the first Doctor Strange movie. This was turned into an even more enticing prospect by the limited series What If, which gave us a taste of what damage an unhinged Doctor Strange might do to the world if he succumbed to thirst for power. Instead, Multiverse of Madness can barely be called a Doctor Strange movie. The script and the camera treat him as if he were the protagonist, but he is never properly given an arc. With América Chávez as the only hero with a pivotal moment of choice to define her character, and Wanda Maximoff as the self-offing villain who learns the lesson of the day, Stephen may as well not have been in this movie. This is actually an origin story for the character of América Chávez, clumsily inserted in an overly long epilogue for WandaVision.

It's not really worth it to analyze this movie from the character of Stephen, who is only here to stand with a worried face while other characters recite exposition. Even the repeated question about his happiness is left unresolved, because it really doesn't matter. Even a half-hour of What If had more to say on the topic, and it pretty much exhausted its possibilities. So let's look at Wanda.

Since WandaVision aired, opinions on Wanda's character have been extremely divided: one side is ready to empathize and forgive, and the other side points out that her grief, while valid, does not give her a pass for hurting others. I'm in the second camp, as I detailed in my review last year: Wanda's traumatic past gives an explanation, but never a justification, for her actions. She is undeniably the villain of Westview, and now she's become the enemy to defeat. Contrary to the protestations of many on the internet, this is a natural evolution from where we left Wanda last time we saw her, and it is to the credit of Multiverse of Madness that it doesn't buy WandaVision's attempt to pretend that Wanda has learned and grown from her experience. So it might be argued that this movie is about the cost of pursuing an unreachable fantasy, but that was already done in WandaVision, or maybe it is about the cost of meddling with forces beyond human grasp, but that was already done in No Way Home. Both in theme and in actual things happening in the plot, this movie is a redundant and fully skippable entry in the MCU.

Spider-Man: No Way Home proposed the question of what is a responsible use of world-altering magic, but Multiverse of Madness is quick to throw that question at the feet of Wanda, not Stephen. Even when she offers to send him to a universe where he's reunited with his old lover, there's never a sense that he's susceptible to that temptation. This should have been the movie where Stephen has to reflect on his hubris, but what we get is vignettes from other versions of Stephen who have already gone down the path of dark magic and are only there to scare Stephen into staying on the good side. There's no real growth for him. There's no hard choice. He fulfills a role less important than that of a secondary character, and we're meant to believe this story is about him.

This hollowness at the core of the story makes the rest of the flaws more noticeable. There's no thematic statement in this movie that wasn't already clear from WandaVision, and whatever little gesture of maturity Wanda shows here shouldn't have needed an entire movie to develop. The actual function of this movie is to establish América Chávez as a key figure for some upcoming project where she will turn out to save the multiverse. This movie is not its own story. It's a two-hour-long teaser for Phase 4.

This habit of producing movies whose sole function is to promise future movies is becoming a vice in the MCU. The middle portion of Multiverse of Madness is bloated with alternate characters who only show up to earn five seconds of cheers and then die with no consequence to the story. To bring Patrick Stewart back as Charles Xavier, only to kill him in the most unceremonious manner, is already disappointing enough after Logan gave that character the perfect farewell, but on top of that misstep, the casting of John Krasinski as Mr. Fantastic is a transparent play to mass appeal. This movie is not conceived as a story with a statement to make about its characters or its themes. It is simply calculated to please.

In the people-pleasing department, it's at least commendable that Sam Raimi was allowed to dial up the colors of the otherwise boring look of the MCU. His use of fade transitions and close-ups between character beats adds a much-needed touch of uniqueness to the narrative. This feels like a movie that has a director behind it instead of an impersonal corporate machinery.

However, the visual inventiveness of Multiverse of Madness is not used to its full potential. We quickly jump through a dozen universes made of paint, made of comic book ink, made of flesh cubes, but for the most part we stick to only a couple universes that have a walkable New York and a recognizable set of characters. Again, these decisions follow the preestablished needs of Phase 4. Each of these movies has only so much space where they can expand before they risk deviating from whatever big narrative is being prepared behind the scenes. There's only a tiny chance to experiment, to ask hard questions, to challenge the audience. Multiverse of Madness had infinite places to go, but it's too afraid to wander off on its own way.

Bonuses: +3 for giving Raimi the creative freedom to leave his personal mark on the film.

Penalties: −1 for inconsequential cameos motivated purely by fan service, −1 for choosing the wrong protagonist to focus on, −1 for not taking the risk of sending the heroes to more visually bizarre universes, −1 for refusing to have an interesting point to make.