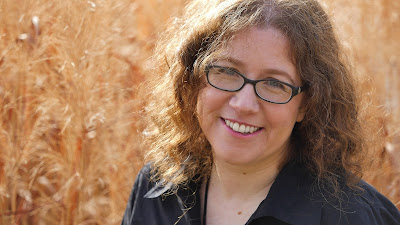 Sarah Pinsker's short fiction has won the Nebula & Sturgeon Awards, and she's been a finalist for the Hugo and numerous other awards. Small Beer Press will publish her first collection, Sooner or Later Everything Falls Into the Sea, in March 2019, and her first novel, A Song For A New Day, will be published by Berkley in September. She's also a singer/songwriter with three albums on various indie labels and a fourth on the way. She lives with her wife and dog in Baltimore, Maryland.

The first thing you should know is I'm a slow reader. I'm pretty sure I'm about to give the same answer I gave to another blog a month ago. Time-travel in a forward direction will occur, and the blogs will come out around the same time, and it will seem like I gave the same answer in two places because I answered around the same time, but actually it's a month later. In between the two interviews I read a great SF novel I'd promised to blurb and Vandana Singh's wonderful collection "Ambiguity Machines and Other Stories," and now I'm back to the same novel again.

The book is Daphne du Maurier's The Scapegoat. It's a lookalikes/trading places novel, which is a trope I love. A man meets a stranger who looks uncannily like him, spends the evening drinking with him, and wakes up in a hotel room in the other man's clothes. The tension is great. Will the narrator be found out? Is he better at being the person he's replaced than that man was at being himself? What's making him keep up the ruse? Du Maurier's style is so effortless, and I love her descriptions. There's no reason for this book to be taking me this long.

Molly Gloss's new collection from Saga, Unforeseen. I will read anything she writes. Her characters and settings feel so real and lived in, no matter how short a time she gives us with them. Like Le Guin, I'll follow her into any genre: SF, fantasy, western. The collection has three new stories, and a few great ones that I've read before like "Lambing Season" and "The Grinnell Method," and a bunch I look forward to reading for the first time.

I'm not a big re-reader, but I've been meaning to read Parable of the Sower again. I read it years ago on a midnight interstate bus, and I had this overwhelming joy at the evidence around me that a social contract still existed. Then a few years later I saw the workshopped version of Toshi Reagon's musical version, which was the musical highlight of that year for me. I want to see the finished musical and to reread the book again at some point, but all the climate change denial right now makes me terrified that if I read it again I'll see that it's come even closer to true.

This is a tough question. Hmm. I had this really weird relationship with The Left Hand of Darkness for a long time. It was on my parents' shelves, but I never read it there. Every summer from the time I was maybe twelve to twenty I took it out of the library, read the first page, renewed it once, then returned it. I had some strange block going where the first page turned me off. In my twenties, I borrowed my father's copy and finally had the idea to jump to the second page, at which point I kept going and read the whole thing and loved it.. I've never figured out what it was that kept me from reading it for all those years. I'd read other Le Guin novels and loved them, but I just wasn't ready to read this one yet. 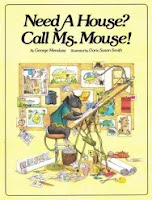 There are a lot of things I could probably choose here, but I'm going to say "Need A House? Call Ms. Mouse," which was a picture book by George Mendoza, in which a mouse architect designs homes for all the other animals. The houses are all perfectly appropriate for the animal asking. I don't even remember if it had words to go along with the pictures of cozy mole-tunnel kitchen nooks and modernist lily pads, but I wrote stories into every room. I internalized everything about it: the fantasy animals, the fantastic architecture, the tension of a mouse building houses for animals that could turn around and eat her. This may be another answer about a social contract, really.

My first collection, "Sooner or Later Everything Falls Into the Sea," comes out on March 19th. It's awesome to me because it's my first book ever and it has my name on it and I got to work with Small Beer Press. They have an amazing ability to put out books that seem to be catered to my taste. At most cons where they're selling, I walk away with everything new from their catalogue. To have my book on their table is an unbelievable honor.

Why is it awesome if you're not me? The stories are set in tree houses and prairie towns and ports and changing cities and generation ships and art cars. They feature musicians and farmers and insurance investigators and murder-house-model-makers trying to make their way in situations that have gotten weird.

I've had about fifty stories out in magazines and anthologies over the last few years, so it's really cool to see about a quarter of them collected here (and one new novelette), and to have a book with my name on it. This isn't a "best of" compilation. We chose stories that worked well together, but we had to leave out a lot of stories I love. The pieces make an interesting whole beyond the component parts, but to me a collection is a weird beast that you look at as both a whole, presented in a certain order, and simultaneously as individual parts, because I don’t get to choose how you read them, and they all existed on their own before this collection.

Anyway, I'm really proud of these stories and this book.

Also, PS, I haven't even talked about the cover by Matt Muirhead, which I love to pieces. Or the fact that it has a strangely amazing bookfeel; why is the cover soft and pettable? I don't have an answer.