Too mysterious for its own good? 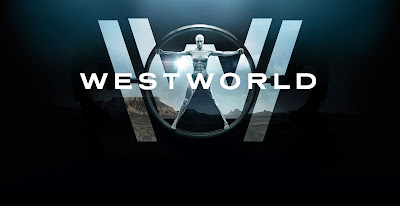 HBO's new series Westworld hit the mid-season mark this week, and it feels like there's enough there to finally talk about in terms other than wild internet fan theories.

If you haven't been watching, that's cool. I wanted to weigh in without spoilers, on what the show's actually doing (and maybe not doing), and if it's worth checking out. I remember seeing the original 1973 movie for the first time about five years ago, and I wasn't floored, but it was cool and it occurred to me that if I'd seen it when I was 12 or 13, it maybe would've been my favorite movie. It was a pretty straightforward wish-fulfillment sci-fi adventure. And hell, Westerns and robots? Man, sign me up.

HBO's new series is anything but straightforward — and that goes for both on- and off-screen aspects. I saw the first trailer for the show right after the 2016 Television Critics Association press tour, when HBO's president of programming was confronted with a series of questions about the pervasiveness of violence against women in its shows. Coupled with Emilia Clarke's repeated calls earlier this year to "Free the Penis" and get some more equitable nudity on Game of Thrones, this show is arriving at a moment where it's under the microscope right from the jump in a way previous HBO shows maybe haven't been. And the first Westworld trailer did nothing to assuage the violence-against-women accusations leveled in those TCA panels. Quite the opposite.


But what about the show? Well, that's where I'm a little bit at a loss how to talk about it. The long and short of the story is that there are a couple of guys visiting the futuristic resort of Westworld, where you can live out your fantasies (violent and sexual, mostly) with AIs that are indistinguishable from real people. The operators of the park start to notice something is wrong with a few of the units, and the signs point to a couple of them "waking up." Meanwhile, the guests in the park don't know any of this is going down, and one guest in particular, The Man in Black (Ed Harris, not Johnny Cash) has a secret mission he's on that no one else knows about. The pilot episode does the "alternate reality" bit to perfection, and I found myself caught up in the giddy feeling of "this would be so cool, to actually walk off a train in the Old West!" I'd like to think I wouldn't be as big an asshole as the guests on the show, but it seemed cool. But the storytelling is so oblique, so insistent that "there are lots of mysteries going on," that to be honest I didn't have much of a connection to anyone in that pilot episode, and if they hadn't, toward the end, gotten into the notion of these robots waking up, I don't think I would've stuck around for episode two.

But I did stick around. And this is where the internet comes into the story again. Because of that obliqueness in the storytelling, because there were clearly lots of different breadcrumb trails being laid out in different directions, but none of them explored in depth (yet), and because the internet abhors a wild-theories vacuum, we got a lot of real elaborate fan theories right from the start. My favorites are that the show is actually taking place in two distinct time periods, but I think subsequent episodes have ruled that out, for the most part. The issue for me is that I can't separate the experience of watching the show from its footprint in fandom. I keep looking for clues to an eventual, massive reversal, but it could very well be that the show is just weaving mysteries and moving linearly. It's kind of pissing me off, to tell you the truth, now that we're halfway through season one and I still basically know that the robots are waking up, but not anything else.

But without equivocation, I can say that the performances are fantastic. Evan Rachel Wood and Thandie Newton both play strong, interesting characters, and their performances are truly kick-ass, especially considering how much of them they have to give while naked. Anthony Hopkins, Jeffrey Wright, and Ed Harris are all amazing. Even if I'm not sure that the ride is going somewhere I'm going to feel totally satisfied getting to, I'm happy to spend an hour a week watching these amazing performers.

Posted by Vance K - cult film reviewer and co-editor of nerds of a feather, flock together since 2012, musicians, and Emmy-winning producer.
Posted by vkotrla at 12:00:00 AM