Every now and then (read: all the stinkin' time), there is some controversy in SFF and comics about how they should be a-political. This is usually the result of something in those worlds pushing forward, and conservatives trying to protect "the good old days" or some such. I reject the notion that SFF & comics are not political, indeed, that they even can be. Even if you're not trying to make a statement, anything you create will naturally reflect one's own views and beliefs.

Since SFF inherently involves visions of the future or alternates realities, there are governments there. Sometimes they are very good to show what humanity can be, or very bad to show... the same thing. Today is a Presidential Election here in the You Ess of Eh, and, frankly, it's terrible and terrifying, so I thought we'd retreat into fiction to look at some of the best and worst governments out there (NOTE: I have not seen every movie, read every comic, or read every book, though not for lack of effort. So if you disagree, awesome, add it in the comments. This is just for fun).

The Federation, Star Trek. This seems like the obvious one. The Federation is great for a whole slough of reasons, but primarily because is really does show the best of humanity, and what can be achieved if everyone works together and accepts one another. Also, bad ass spaceships, obviously.


Gondor, Return of the King. Under Aragorn, after Sauron has been defeated, just so we're clear. Gondor went through some stuff, didn't they? Denethor was worse than useless, Faramir (book Faramir) was awesome, but Daddy loved Boromir, so he got shoved to the side. BUT, Aragorn took over, evil was gone and good times again in Gondor. Tell me you don't want Aragorn as your king, and Arwen (BOOK Arwen) as your queen.

The Old Republic, Star Wars. Wait, you're saying. They had Jedi and united the galaxy and were basically awesome. To which I say: oh, yeah? The Jedi sucked and were ineffective, unable to keep the peace or see threats in their own midst. The government was so bloated and weighed down by corporate influence, it allowed itself to be taken over by a scheming, selfish, wrinkled idiot from within. Do you see a parallel? 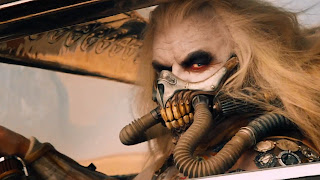 Immortan Joe, Mad Max: Fury Road. You could throw any number of dystopian governments on this list, since they all basically exist to highlight extreme class disparity. Most of them, though have the governing class outfitted in fancy garb and eating the best food, and, hey, I get it and it works for those stories. The problem, is that actually appeals to a certain class of people, who want their own happiness, no matter the expense to others. The difference with Joe is, his life is crap, too, just a little less crappy than those he oppresses. His chest is covered with metals and decorations - of his own making and award. His children are deformed and power hungry and delusional, just like him. He has a collection of women, which he thinks represents his prowess, when in fact, they hate him. And while he fancies himself all-powerful, in fact, he relies on others who are richer, smarter and more powerful than he is. Sadly, there is no such parallel in real life, and we should all be glad of it. Oh wait.
Posted by Dean E.S. Richard at 12:00:00 PM