If you'll recall, I found James Lee Burke's Bitterroot to be a distinctly well-written and atmospheric crime novel, so much so that I didn't linger on the book's flaws. So when I started Cimarron Rose, the first in the Billy Bob Holland series, I expected to find more of the same--that is, after all, what tends to happen with one-a-year crime series. A formula is established, after which a limited number of pieces get plugged into set places. Lots of stuff repeats, including language.

The plot is basically this: Billy Bob's out-of-wedlock son Lucas has been accused of a murder he didn't commit. Billy Bob sets out to clear his name, so when he discovers that Lucas is sharing a wing of the county jail with two sadistic killers, he figures to use any stuff Lucas overhears to establish good faith. Only, one of the killers escapes and the other gets out. That second one, a super creepy dude named Garland T. Moon, has some weird thing for Billy Bob. Meanwhile, local rich guy Jack Vanzandt tries to hire Billy Bob to help his Joffrey-esque son get out of some assault charge. Only, Darl Vanzandt appears to be connected to the murder Lucas is accused of. Darl, it turns out, is the leader of a gang of affluenza-suffering rich kids. Darl is bad news.

Add to this a love story between Billy Bob and a local Sheriffs deputy, a menacing Mexican drug agent who may or may not be connected to Billy Bob's past (you'll recall from my previous review that Billy Bob used to be a Texas Ranger, until he and his partner, L. Q. Navarro, crossed the border to kill off a bunch of drug mules, at which point Billy Bob accidentally shot his partner), and--just like in Bitterroot--a superfluous mobster and equally superfluous dirty federal agent (see also: stock characters). 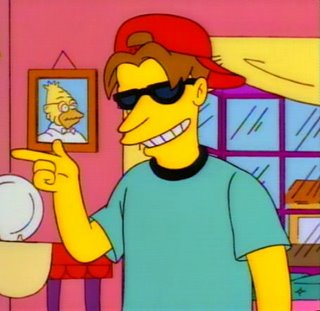 Oh, and did I mention that L. Q. Navarro talks to Billy Bob, and Billy Bob also from time to time reads long passages from his great-grandfather's diary, which tells the tale of his courtship with a beautiful Native American women, the eponymous Rose of Cimarron? Because all that happens too.

Sum it all up and you've got clusterfuck-a-la-Bitterroot on the menu. Only, in Bitterroot, Burke more than makes up for the messy plot with his writing, which is vivid, tense and atmospheric. And the messy elements are really just a bunch of red herrings anyways. Unnecessary, sure, but not problematically so. For about two-thirds of the book, I expected to write the same in my review of Cimarron Rose. Burke's writing is, after all, vivid, tense and atmospheric--here as elsewhere. And Burke seems, at least, to know where he's going with things.

Yet whereas Bitterroot moves slowly towards an almost inevitable end, shaking of the silly and superfluous plot elements as it goes along, Cimarron Rose goes to the wrong places. Compelling narrative threads get de-emphasized in favor of the stuff that feels grafted on at the last minute. As a result, tension that's been building over the course of the novel fizzles, while other, ultimately important storylines feel rushed--or, worse, make no sense whatsoever. Note: Poochie died on the way back to his home planet.

And then there are Great-Grandpa Sam's diaries--which, as far as I'm concerned add nothing of value to the book. I thought they might, but in the end they do not. Sure, the whole book-within-a-book thing can work, but that kinda sorta depends on the interior book being: a) important; and b) interesting. Lemonade?

At the end of the day, Cimarron Rose tries to be many things--a neo-Western, a political thriller, a love story, a trial drama, a social critique, etc.--but isn't any of these things in sufficient quantity to be compelling. And the really frustrating thing? It could have been a quality small-batch bourbon distilled by a master craftsman--like Bitterroot. Instead it's a Long Island Ice Tea of cheap well liquor from a North Hollywood dive served up by the guy who played Mr. Belvedere's stunt double on Fantasy Island. Or, perhaps, a little something like this...

Bonuses: +1 for Burke is actually a very talented writer, and that does show for the first 2/3 of the book.

Penalties: -1 for the giant, gaping plot holes; -1 for the ending, which is BSG-level bad; -1 no, actually, it's worse--so bad that it ruins nearly everything that was, up to this point. compelling.

Nerd Coefficient: 3/10. "Very little good I can say about this."

POSTED BY: The G--purveyor of nerdliness, genre fanatic and Nerds of a
Feather contributor since 2012.
Posted by The G at 7:44:00 AM