Back in the early days of the XBOX, I loved me some Halo. Since then, though, it's been a series of diminishing returns, mirroring the largely static development of the FPS since the big innovations of the late 90s/early 00s. Sure there have been some standouts since, but for the most part we're still playing the same game we were when Halo launched in 2001.

Developer Bungie says they understand that, and want to take the shooter to new dimensions, both in terms of storytelling and gameplay. The setup itself is generic SF shooter. As per IGN:

That world is a post-apocalyptic earth. Humanity has been nearly wiped out, but saved by the extraterrestrial protection of The Traveler, a gigantic white globe that now floats claustrophobically close above the planet’s last safe city – a place where humanity’s greatest minds have come together. Over time, humans have regained their technological mojo and again taken to exploring the stars of our own galaxy: Mars, Venus, the Moon, etc. Except now various forms of alien life seek to stamp out humanity once and for all, and it’s up to you as a Guardian to help stop them and keep earth safe.


But then it gets interesting somewhat worrying unclear:

Though Destiny’s actual plot is likened to a series of novels that will each house self-contained stories over the course of the franchise’s planned decade-long lifecycle, Bungie narrative director Joseph Staten noted, “One lesson that’s critical is that the most important stories we tell aren’t going to be told by us. They’re going to be told by players – their personal legends built from shared adventures.”


As far as I can tell from the IGN article, Bungie is aiming for a plot-driven MMO format, kind of like the one Bioware uses in The Old Republic. There are lots of different plot threads, rather than a single, unified storyline, and you experience them cooperatively within the context of a broader conflict spanning the entire massively multiplayer universe. It's a cool idea, though not exactly brand new either. From Forbes:

Destiny aims to be a living, breathing world. You can hop from post-apocalyptic Chicago to Mars and back again and hang out in the various world hubs in between fighting against or alongside other players. They’re not using the word “MMO” or its variant, “MMOFPS,” but the terms “social” and “questing” are being thrown around enough so that the descriptors don’t seem entirely inaccurate.

Of course, what would an announcement from Bungie be without a bunch of as-of-yet-undeserved hyperbole? Wired pre-emptively announces the franchise as the developer's "next masterpiece," but nevertheless manages to highlight some of the outstanding questions that remain:


Representatives from both Bungie and Activision gave vague answers when Wired pressed for further details, often stating that they “were not ready” to discuss specifics. Whether that means those things are still being kept from the press, or whether they have not yet been determined by the development team, was unclear.

Questions currently unanswered: How will players communicate? How will players interact with each other outside of combat? What content exists in the non-combat “safe zones”? Subscriptions may be out, but what about in-app purchases? Will player versus player combat be available? Will the game ship on a disc or be download only? Will its persistent world allow Xbox and PlayStation gamers to play together? What content and interactions will be possible via smartphones and tablets (which Bungie alluded to)? Will the fancy new tools be licensed to other developers?

Regardless, it does sound promising, and at this point in a cycle of unending sequels and rehashed gameplay devices, risks are greatly appreciated. Plus the rendered art looks gorgeous. 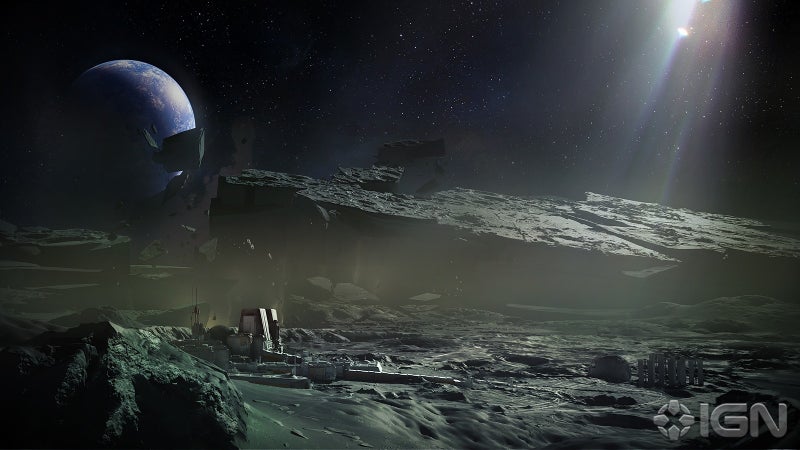 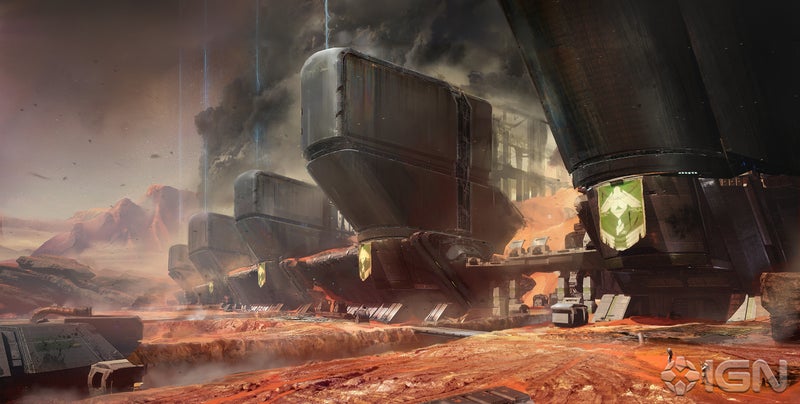