What an amazing week for comics.  I would like to claim that it is in spirit of the holiday why I am not picking a book that was "not as good" this week, but it is simply that every book was great this week. As I begin to think of a year-end top 10 list or something of the kind, all of the titles from this week have crossed my mind.  If you have ever considered getting into comics, then this may be the best week of 2012 to do so. 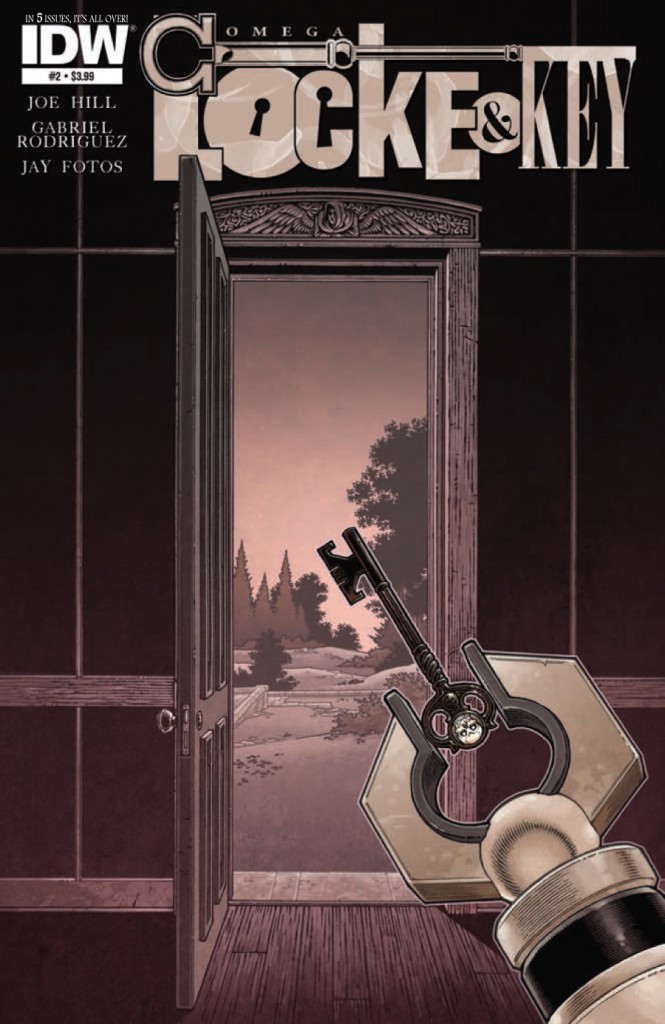 Locke and Key Omega #2 - Joe Hill and Gabe Rodriguez finally gave me the book I have been waiting for since the characters introduction.  A Rufus issue!  Rufus, after quite the hiatus, makes his return in dramatic fashion.  Through his conversations you can't help but feel sympathy for this child who only had his mother to turn to in his 16 years of life.  Despite Dodge killing his mother, she is along with him as he appears to be the last hope in stopping Dodge.  This book is so packed full of heart and suspense that I can't help but encourage everyone I know to read this series.  In a comic market packed full of great books, this stands as my clear favorite and Omega has been a bittersweet ride thus far.

Saga #8 - There is a reason that Saga was named the top new comic of 2012 in a vote on IGN.  The series is just amazing.  Chapter eight provides more insight into Marko's parents and actually includes the first moment that Alana and Marko meet.  Marko and his mom are still in a very dicey situation trying to track down their spirit babysitter and it seems that Alana and her father-in-law are truly hitting it off.  The big reveal is at the end of the issue and it seems that we will be revisiting the Will again quite soon.

The Rest:
Sixth Gun #27 - Cullen Bunn has the ability to make me want to reread his series with each new issue.  In the most recent book, Sinclair and Becky are still trapped in an endless winter by the Wendigo. Drake tries to bargain with the Wendigo to set the women and children free who it is holding captive, but the demon wants to ensure that the six guns do not fulfill their destiny.  Meanwhile, Gord, Kriby and Asher flee the Sword of Abraham as they attempt to reconnect with the guns and Sinclair and Becky.  The mystery grows with each issue in this series that I can't get enough of.

Mars Attacks #6 - Issue six brings us the start of a new story arc and a great jumping on point for Mars Attacks.  John Layman really kept the nostalgic and campy feel of the original Mars Attacks in the first arc and continues in arc two.  This arc seems to center around a child prodigy and a scientist who figured out the Z-frequency that is capable of stopping the martians.  The first wave is held back successfully but the Martians do not give up that easy.  I don't think they counted on Tommy Bailey (the child prodigy) who will probably throw the wrench in the gear of this plan.  Just a fun, violent series that I have really enjoyed.  Bonus trading card this round.

Fables #124 - The revolution in Oz finally comes to its conclusion only to learn of the adventures of Bufkin and Lily told through the eyes of Hangy the Rope.  It is safe to say this is a fun story that really brings a "human" quality to Bufkin as him and Lily rely on multiple spells, etc., in order to produce grandchildren of all types.  A solid standalone book that just leaves you feeling good inside.

Hawkeye #6 - We are treated to six days in the life of Hawkeye around the holidays and what fun it is.  In a simple issue that features Hawkeye setting up cable in his apartment, we are reminded that despite being a superhero, Hawkeye is a human being with some flaws.  In the end he does the right thing and will have some challenges because of that, but isn't that why we love superheros in the first place?  From the simplistic art to the creative storytelling, this is a series worth your time.
Posted by Mikey N at 10:00:00 AM