For the Nerd Who Spent Too Much Time in Pizza Parlors as a Kid: Arcade Cabinet Kit

You think you're good at Tetris, huh? Test your skills the way they were meant to be tested...on a tabletop cabinet like the ones you used to find in every greasy pizza joint from Brooklyn to Santa Monica. It's a bit pricey, so you better actually like this friend...a lot. And it doesn't come with an LCD screen (sold separately) or the actual gaming board (I recommend this one, it has Tetris). But it's made of solid parts, looks like it would be fun to put together and is guaranteed to make waiting for pizza more fun. Oh, and I believe there's a mod you can get that turns this badboy into an actual coin-op machine, so your friends can pay for the privilege of getting pwned, 80s-style. Available from Holland Computers for $329. For the Nerd Who Takes Star Wars a Little Too Seriously: The Jedi Path--Manual For Students of the Force [Vault Edition]

If you know someone who's always going on about Star Wars, even in spite of the execrable prequels, then look no further. This book outlines the ancient teachings and histories of the Jedi Order and even includes marginal commentary from Yoda, Obi-Wan, Annakin (he can read?), Count Dooku and others. So yeah, not only can your friend drone on about the Old Republic, he/she can now quote scripture at you too! Plus, if you buy this, you're not only getting your friend something ridiculous, but you're getting him or her something ridiculous that also comes in a ridiculous box. And comes with a ridiculous pendant. Available from Amazon for $99. 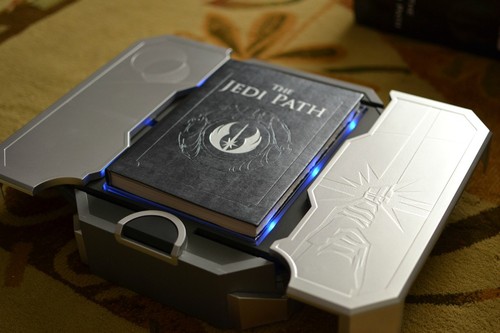 For the Simultaneously Literary and Musical Nerd: The Ghost of John Henry by Sci-Fi Romance

You may know Vance as our resident film nerd, but he's also the singer and guitarist of Los Angeles-based band Sci-Fi Romance. Described as folk music with a "serious, literary bent," Sci-Fi Romance matches tight songwriting with lyrical content that explores mythology, history and (yes) even science fiction. So yeah, this is very smart music. Plus there's cello! Available as a digital download from iTunes for $10, and as a CD from Amazon for $12. 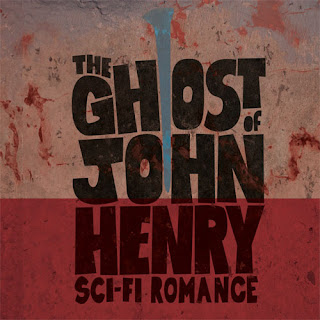