WE RANK 'EM: A Song of Ice and Fire


George R. R. Martin breathed new life into fantasy fiction when he released A Game of Thrones in 1996. Though it built upon the successes of previous series, most notably Tad Williams' Memory, Sorrow and Thorn, Game of Thrones offered a depth and sophistication near unheard of in the genre. Now, 16 years and 5 books later, the Song of Ice and Fire series is a bona fide sensation. Through the excellent HBO adaptation, it is also introducing whole new audiences to modern fantasy fiction.

Yet it goes without saying that GRRM's worst is still better than most people's best, and not a single one of these 5 books is bad. But like any series (Robert Jordan, I'm looking at you), there are better and worse entries. We rank all five, and invite you to disagree as vociferously as you see fit! 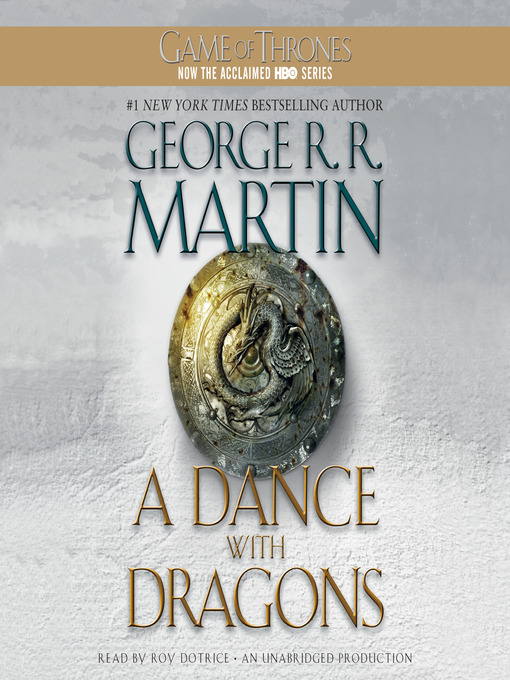 5. A Dance with Dragons

Wait--GRRM's latest can't be the weakest link in the series, can it? It can. Essentially, book #5 serves as a cautionary tale about the dangers of growing too big for editors. Sure, it's a fun read, but whether its Danaerys pondering an uninteresting slate of marriage proposals, Jon Snow spending his entire narrative discussing housing options for wildlings, or new character Quentyn Martell doing something pointless, Dance with Dragons is too long, too slow and too dull. Tyrion, admittedly, is as great as ever, and the Theon narrative is as gripping as it is icky. Still, someone should have chopped 300+ pages off this sucker.

4. A Feast for Crows

Choosing the better half of the 2,000+ page "in between" novel better known as Feast for Crows/Dance with Dragons was difficult, but Feast for Crows sneaks past the #5 slot. Why? Because as much as the book meanders without much purpose, some interesting things do happen in King's Landing. Seeing things from Cersei's perspective is a lot of fun too--she's thankfully unrehabilitated, and just as petty and cruel as you imagined. Plus I really dug the "Faith Militant" storyline and wonder how GRRM will position this crusader-like force in the coming epic war between humanity and the Others. Beyond that, though, Feast for Crows suffers from the same problems as Dance with Dragons.

3. A Game of Thrones

Okay, now we're talking! The book that started it all is a tightly constructed web of intrigue, romance and deceit and a full-blown tragedy in the Shakespearean or classical Greek sense of the term. A book of this quality would be the penultimate achievement in just about any other fantasy series, yet here it only manages a #3 ranking. Why? Because Game of Thrones is largely a set-up for something bigger, grander and far, far darker. It does, however, do an impressive job introducing an enormously complicated world without resorting to tiresome exposition or jarring info dumps, and in Ned Stark offers one of the classic characters of modern fantasy.

2. A Storm of Swords

The conclusion to A Song of Ice and Fire's first narrative arc is immensely gratifying, and only misses the top spot by a hair. It's hard to talk about what happens without ruining it for those who still (for one strange reason or another) haven't read the series, but suffice to say this is edge-of-your-seat, seat-of-your-pants type stuff, the kind of book you'll gladly and frequently trade sleep for, and the rare type you'll find just as exciting the second time as the first. There's very little to complain about, even for the most die-hard and implacable of nerds, as there's an almost endless parade of memorable scenes and affecting character development. Brilliant stuff.

It was difficult deciding which book deserved the top slot, and as mentioned above, Clash of Kings wins out by a hair. The reasoning is simple: it's GRRM's Empire Strikes Back: a virtually flawless, tightly-packed arrangement of gripping and deeply-affecting scenes. Whether it's Arya's epic journey from King's Landing, Melissandre's shadow baby, Danaerys' encounter with the warlocks of Qarth or the Fist of the First Men, there's rarely a dull moment. The best narrative belongs to diminutive Tyrion, as he plays "the game" masterfully, outfoxing one opponent and then the next, culminating in the epic Battle of the Blackwater, which could possibly be the greatest scene in all fantasy fiction. Ever.